We continue our look at the seven sides joining Sky Bet League One for the 2018-19 campaign, continuing with League Two's promoted sides.

Right from the opening day of the season, everyone had sat up and taken notice of Luton Town, with many predicting their promotion as a formality.

The Iron had been their final opponents of pre-season at Kenilworth Road and with the Hatters winning 2-1, they went into their opening day tie against Yeovil Town full of confidence. They did go 1-0 down early on, but hit back with five first half goals to go in 5-1 up at half time. The result would finish as 8-2, an emphatic start to the season.

Remarkably, they'd follow up this result with a 1-0 defeat to Barnet, who would end the season in relegation, but they'd bounce back with five victories before the end of September. The side would begin to hit full form, and put seven past Stevenage in October as they won 7-1 at home. It wouldn't be the last time either. Luton would follow that up with a 4-1 away win at Exeter City and would next blow away Cambridge United 7-0 in mid-November. Goals and wins weren't a problem with eight wins in nine games in all competitions during this spell with 31 goals scored. The final victory of that run would come on Boxing Day as they enjoyed a 5-0 win at Swindon, but the end of that run would coincide with Accrington's monumental run and a shock 4-0 defeat at Port Vale for the Hatters to end 2017.

While Luton seemed invincible in the first half of the campaign, they were still good value for promotion in the second half, claiming 10 wins out of their remaining 23 league games, along with seven draws, meaning they only tasted defeat on six occasions as they finished the division in second.

That would include being unbeaten in their final six games, including four wins. The side would celebrate promotion following a 1-1 draw at Carlisle United with two games to spare before beating Forest Green Rovers and drawing with play-off hopefuls Notts County. 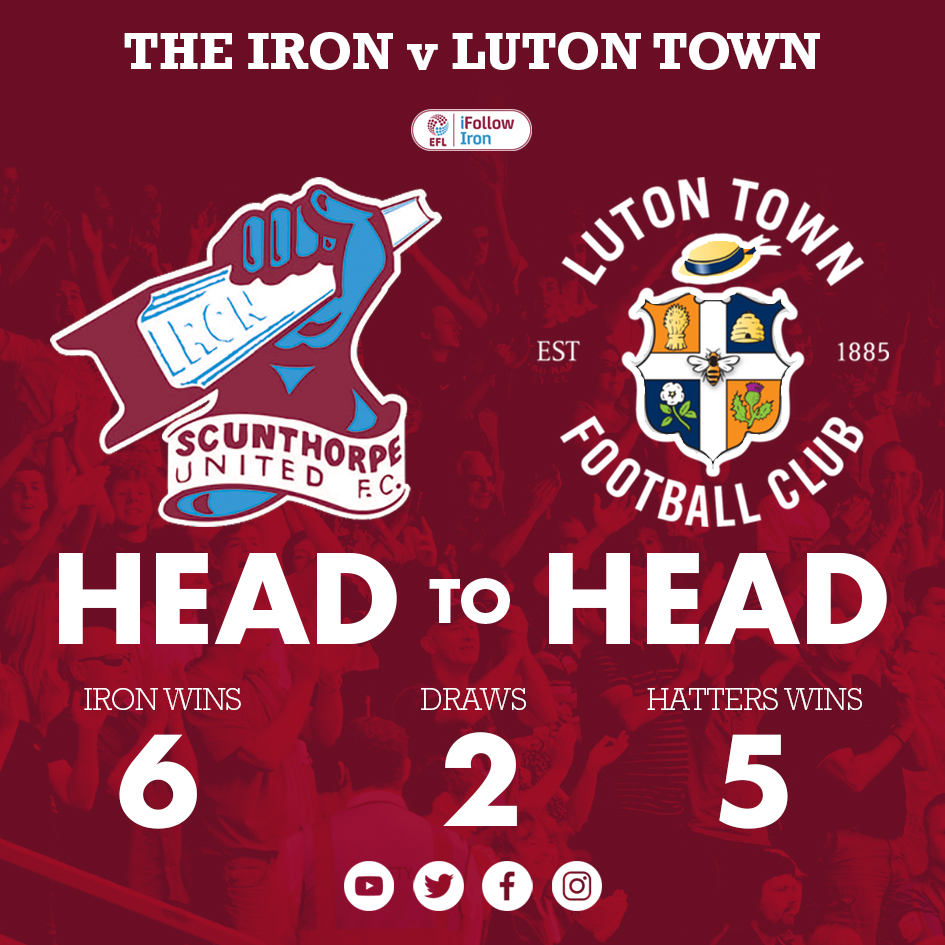 The Hatters are another side that the club haven't met competitively on a large number of occasions, with the last meeting coming at Wembley Stadium in the Johnstone's Paint Trophy Final in 2009. Luton have been on a remarkable recovery since, returning from non-league to last year gain promotion from League Two as they continue their climb back up the pyramid.

The two sides met at Kenilworth Road in pre-season last year, with the hosts winning 2-1 on the day. Competitively though, United have taken six victories to Luton's five in 13 matches.

Scunthorpe also hold their joint record victory against the side - an 8-1 win backin April 1965.