We continue our look at the seven sides joining Sky Bet League One for the 2018-19 campaign, moving onto Burton Albion who ended their two-year stay in the second tier.

Arguably, to remain in the division in their debut campaign in the second tier in 2016-17 was a massive achievement, with many tipping the side for immediate relegation despite the Brewers finishing as League One Champions a season prior.

"Second season syndrome" was to kick in though, as the side finished one place above the bottom spot to return to League One. Incidentally, ahead of this campaign, Burton has spent more time in English football's second tier than the third, although this will be season number two in the division.

A slender opening day defeat at home to Cardiff City was a respectable start, particularly when the Bluebirds ended the campaign by being promoted to the Premier League, but two further defeats away from home against Hull City and Middlesbrough would leave the side without a point from their first three games. That would change by game four though as they registered a 2-1 win over Birmingham City before a 1-1 draw against Sheffield Wednesday. The side also conquered Oldham Athletic and Cardiff City to progress to round three of the Carabao Cup - bowing out to Manchester United in September.

A goalless draw at Norwich City would see the side pick up their first away point of the season, but that came after a 5-0 demolition at the hands of Leeds United. The Brewers would then lose consecutive home fixtures 4-0 with Aston Villa and Wolves both brushing them aside.

The next victory would come at the start of November with a 1-0 away win against Millwall - their first away league win of the campaign - with the second coming six games later at Bolton. A trio of away wins was secured just before Christmas with Reading suffering defeat.

Five straight defeats in January in league and cup would put the Brewers in real trouble - and that would include a 6-0 defeat to Fulham. A 2-1 away win at Barnsley would both keep the Tykes firmly in trouble, along with being a valuable win. That would come on February 20th with the next coming nine games later in mid-April.

With five games left, the Brewers hosted Hull City knowing they'd need near to maximum points to stay up. The Tigers won 5-0 on the day leaving survival a near-impossibility.

Despite this, they almost defied the odds under Nigel Clough. They'd get nine points from nine, beating Derby County, Sunderland and Bolton Wanderers, setting up a final day showdown against Preston North End. A win - and results going their way elsewhere, would be the only possibility of remaining in the Championship. Louis Moult would net for the Lilywhites in stoppage time to see Burton suffer a 2-1 defeat and confirm their drop back to the third tier.

Both teams have met competitively on just four occasions, with the first encounter coming just five years ago. United have won both games on home soil by one goal to nil, but are yet to win at the Pirelli Stadium. 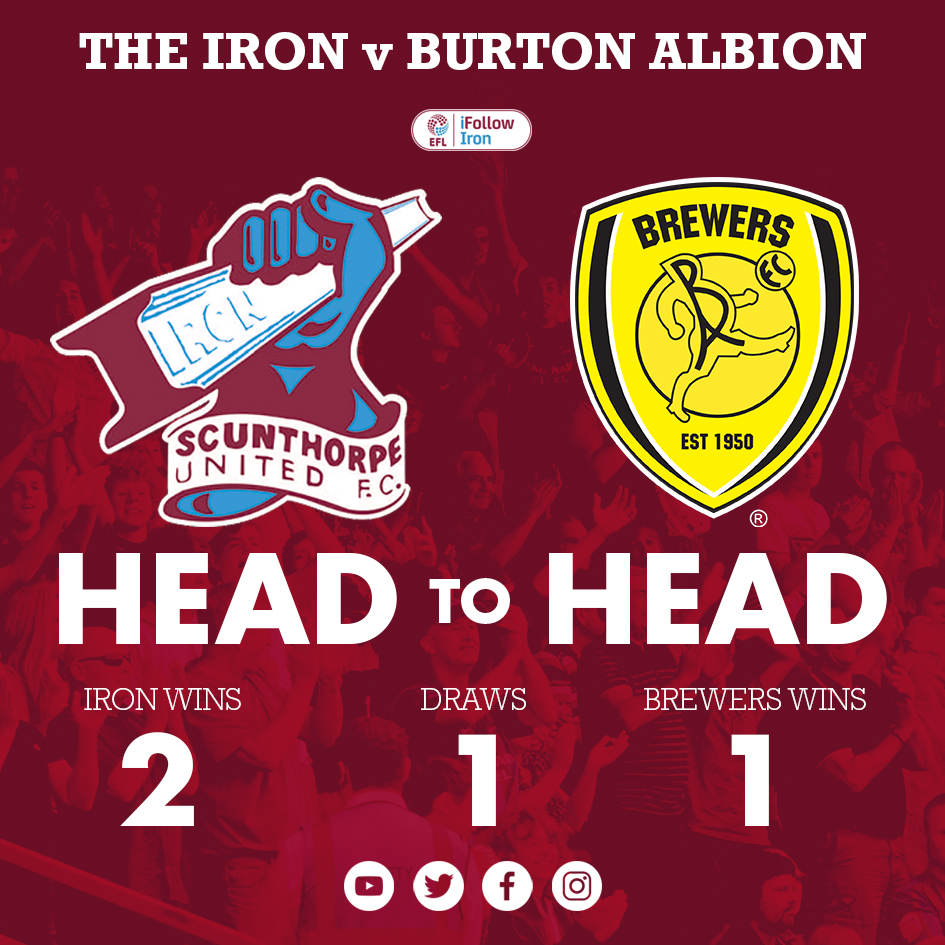