Iron manager Nick Daws says he and his backroom staff have been impressed with the condition of the squad since their return for pre-season training on Wednesday.

United’s players took part in a double session on their first day back, as they begin to gear up for the start of the new League One campaign at Coventry City on Saturday, August 4th.

“It went really well and the lads have come back in really good shape,” Daws told iFollow Iron. “We had a bright session and it’s as if they’ve never been away, which is pleasing because of the intensity we demand from them in training – in terms of the way we want to move the ball, and the way we want to press.”

He added: “It was a double session, with a bit of testing thrown in there to gauge where they’re at. It was a good first day back.”

The squad returned on one of the warmest days of the year so far in the UK, and Daws says it’s important to get the training intensity levels right with those conditions in mind.

He explained: “We have plenty of time to get these lads into good shape and don’t look to achieve it straight away on the first day, but the temperatures as they’ve been recently put a little more stress on the body. We have to make sure we look after them from a nutritional point of view and a recovery point of view. We have good staff who deal with that and I couldn’t have wished for it to go any better today.”

“We’ll be in all this week and will work them hard with a combination of football and traditional running, which is standard,” Daws continued. “The way we want to play is a big emphasis, in ensuring we’re excellent on the ball and off it. We will build in tactical awareness too once we get into the early part of next week.”

Our first game of pre-season is at Winterton Rangers on Saturday, July 7th and the manager says the aim will be to give each of the players 45 minutes of game time, with five further warm-up matches to come ahead of the new League One campaign. 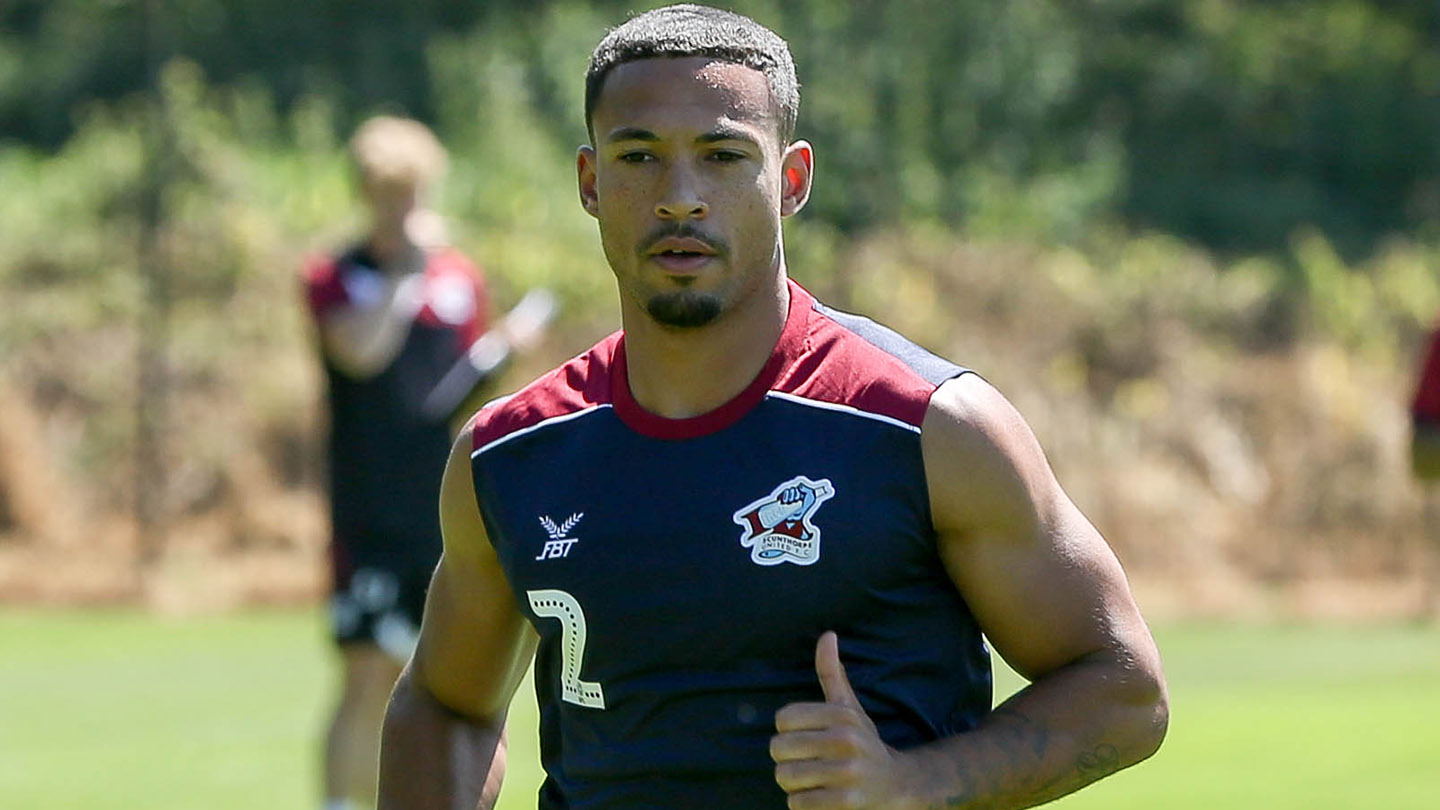 Jordan Clarke was out on the grass running, and took part in some technical work on Wednesday.

The only two injuries hanging over from last season are goalkeeper Matt Gilks, who will be out for a lengthy period of time after undergoing knee surgery in May, and right-back Jordan Clarke, who, through a hamstring injury, also missed the play-off semi-final second leg at Rotherham.

“Jordan’s been out on the grass and joined in with some technical work with us on Wednesday afternoon,” Daws said. “He’ll be stepping up his rehabilitation and recovery on a daily basis with the medical staff. We’re hopeful he’ll be ready for the start of the season.”

He added: “At the moment, he’s there or thereabouts in terms of the timescale we expected. It was probably going to be a 12-week injury and that brings him pretty much to the start of the season. He’s feeling good and positive, and the medical team are pleased with how he’s progressing. There’s no rush though, it’s important we look after that injury and make sure he recovers properly.”

See much more from Nick Daws on iFollow Iron. Click here for details of what’s on offer and how to sign-up. Exclusive interviews, extended match highlights, live match coverage and much more available!