United will take on Southend United for the 55th time in their history on Saturday. Here’s our lowdown of the overall record against them. 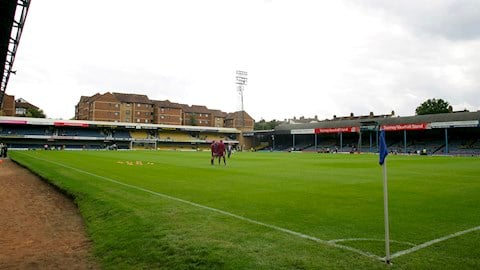 The Iron came from behind to beat Southend and claim a first victory in three League One matches.

It was a convincing return to winning ways for the Iron, who dominated for long spells and could have won by a bigger margin.

Tom Hopper was denied by a great save from Mark Oxley and Kevin van Veen headed against the bar as Scunthorpe bossed the early play, but Jason Demetriou's deflected strike from 25 yards wrong-footed Matt Gilks to put the visitors in front in the 25th minute.

Although they did not regain their rhythm, the Iron did restore parity seven minutes later when Van Veen forced the ball home following a goalmouth scramble.

Forced to replace the injured Oxley at the break, stand-in stopper Nathan Bishop reacted well to beat away a shot from Duane Holmes after the Scunthorpe man had cut inside.

But he could do nothing as wing-back Conor Townsend swept the hosts in front just after the hour mark from a quickly-taken corner.

Bishop was beaten for a second time late on, when Shrimpers defender Michael Turner made a hash of a clearance to put past his own keeper. 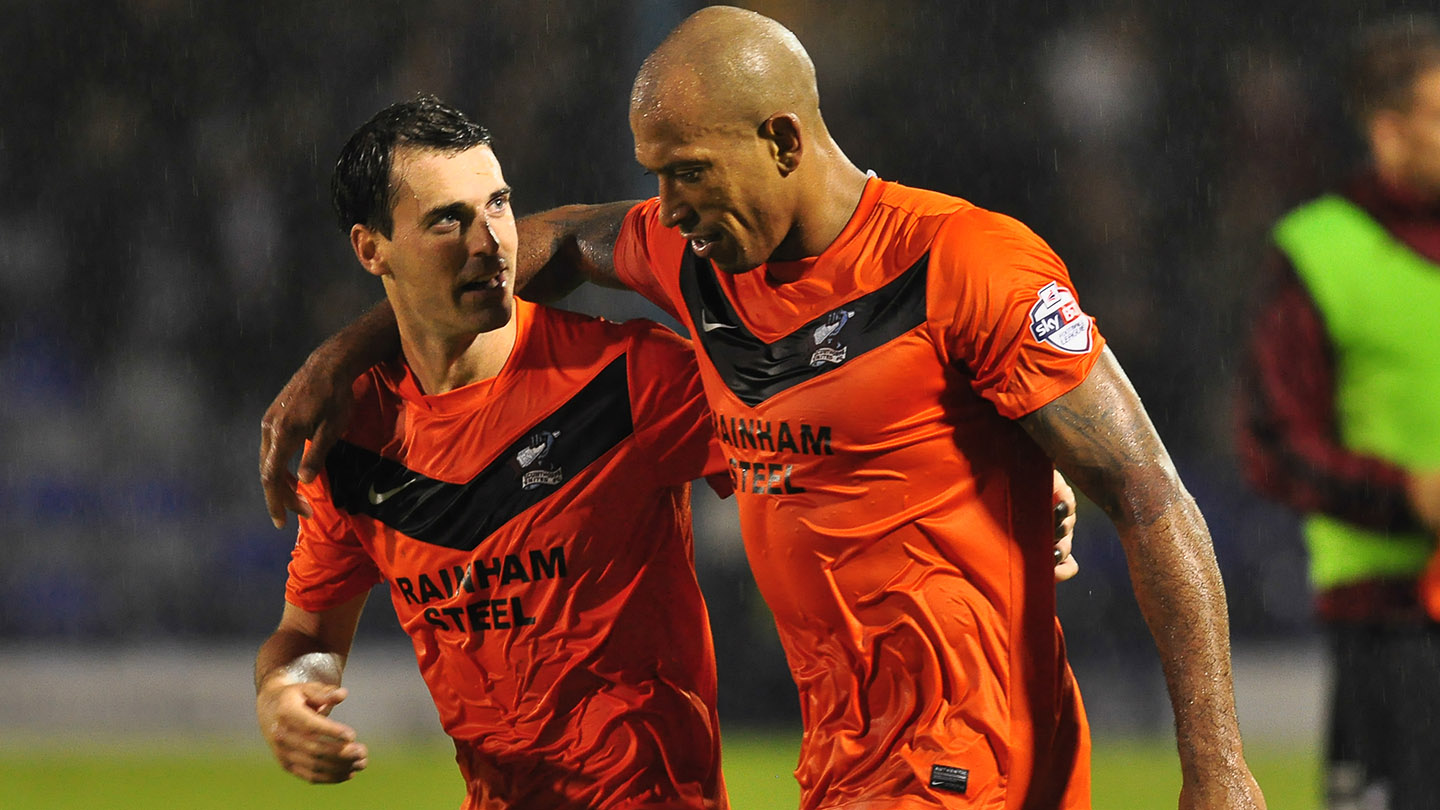 PHOTO: Matt Sparrow congratulates Chris Iwelumo on his goal in 2013.

Chris Iwelumo's header gave Scunthorpe victory at Southend for their second win of the 2013-14 season.

The hosts edged the balance of play in the first half, but visiting keeper Sam Slocombe was on hand to save headers from Ryan Leonard and Freddy Eastwood.

After the break, Shrimpers defender Ben Coker mistimed a header into the path of Iwelumo, who nodded the Iron ahead.

Kevan Hurst came closest to an equaliser with an effort that Slocombe tipped over, but Scunthorpe held on.

Scunthorpe, who looked much the better side after Iwelumo's effort, could have extended their lead when Eddie Nolan's header went just over and Sean McAllister's long-range strike forced a superb save from Daniel Bentley. 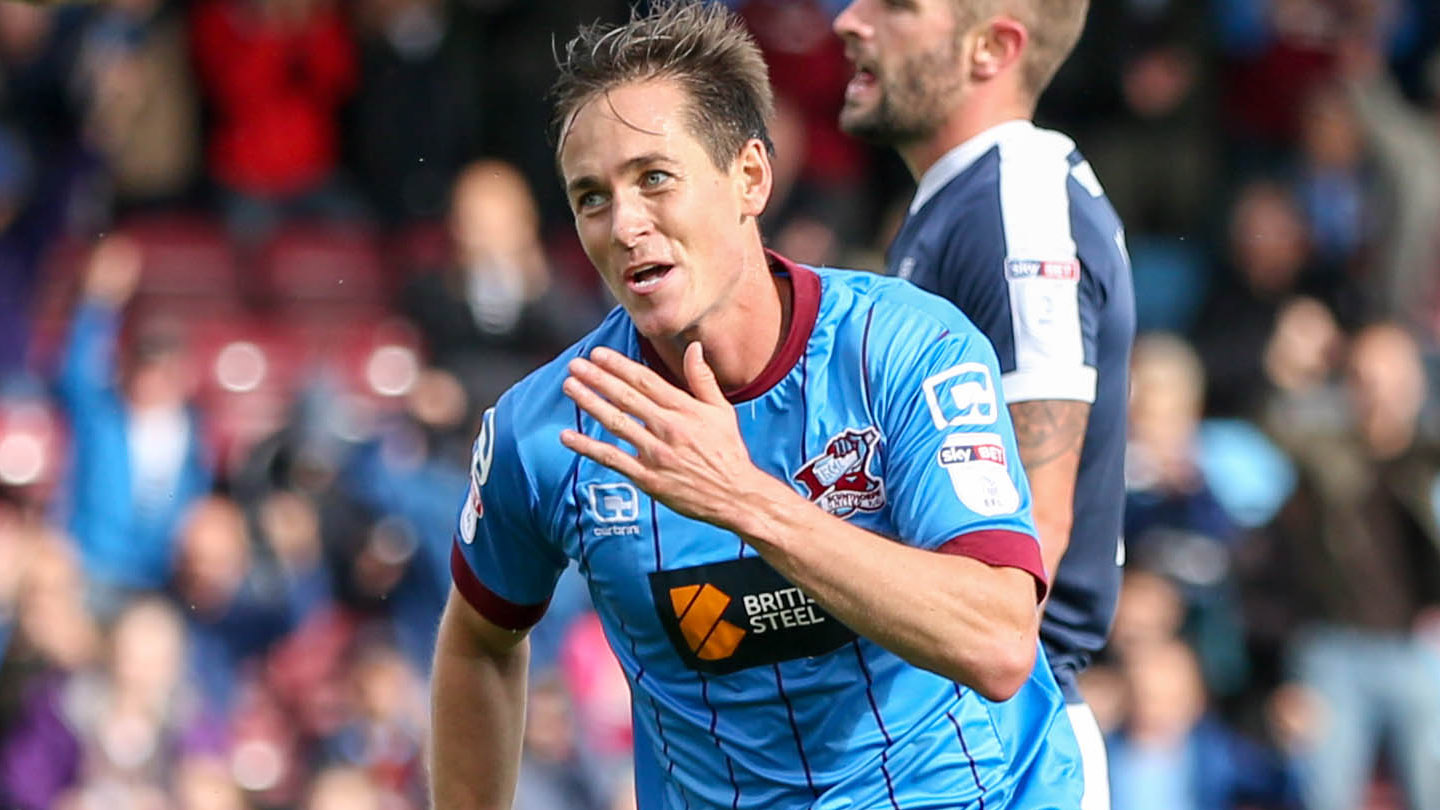 PHOTO: Josh Morris celebrates his strike against Southend in September 2016.

Two goals in five minutes late in the first half from strikers Paddy Madden and Kevin van Veen put second-placed Scunthorpe on course for a convincing League One victory over Southend.

The first, in the 36th minute, was a personal triumph for last season's leading marksman Madden who made an instant impact on his first league appearance of this campaign following a calf injury.

As Duane Holmes delivered a low cross into the box from the right, Madden popped up to fire a first-time right-footed shot past goalkeeper Ted Smith.

Scunthorpe quickly struck again in the 41st minute when, from a short corner on the right, Josh Morris guided a cross to the near post where Van Veen steered a shot into the far corner for his sixth goal of the season.

Briefly, it gave the visitors more impetus, but it was Scunthorpe who retained their attacking quality.

They made it 3-0 in the 57th minute when winger Morris, the League One player of the month for August, lashed a delightful 20-yard left-footed shot beyond the reach of Smith for his seventh goal of the season.

Madden had the ball in the net again only to be ruled offside and winger Holmes might twice have done better with chances from close range as Southend struggled to stem the flow of a confident Scunthorpe side.

Substitute Richie Smallwood, a deadline-day signing on loan from Rotherham, then sealed the victory with a cracking right-footed volley from inside the box on his debut. 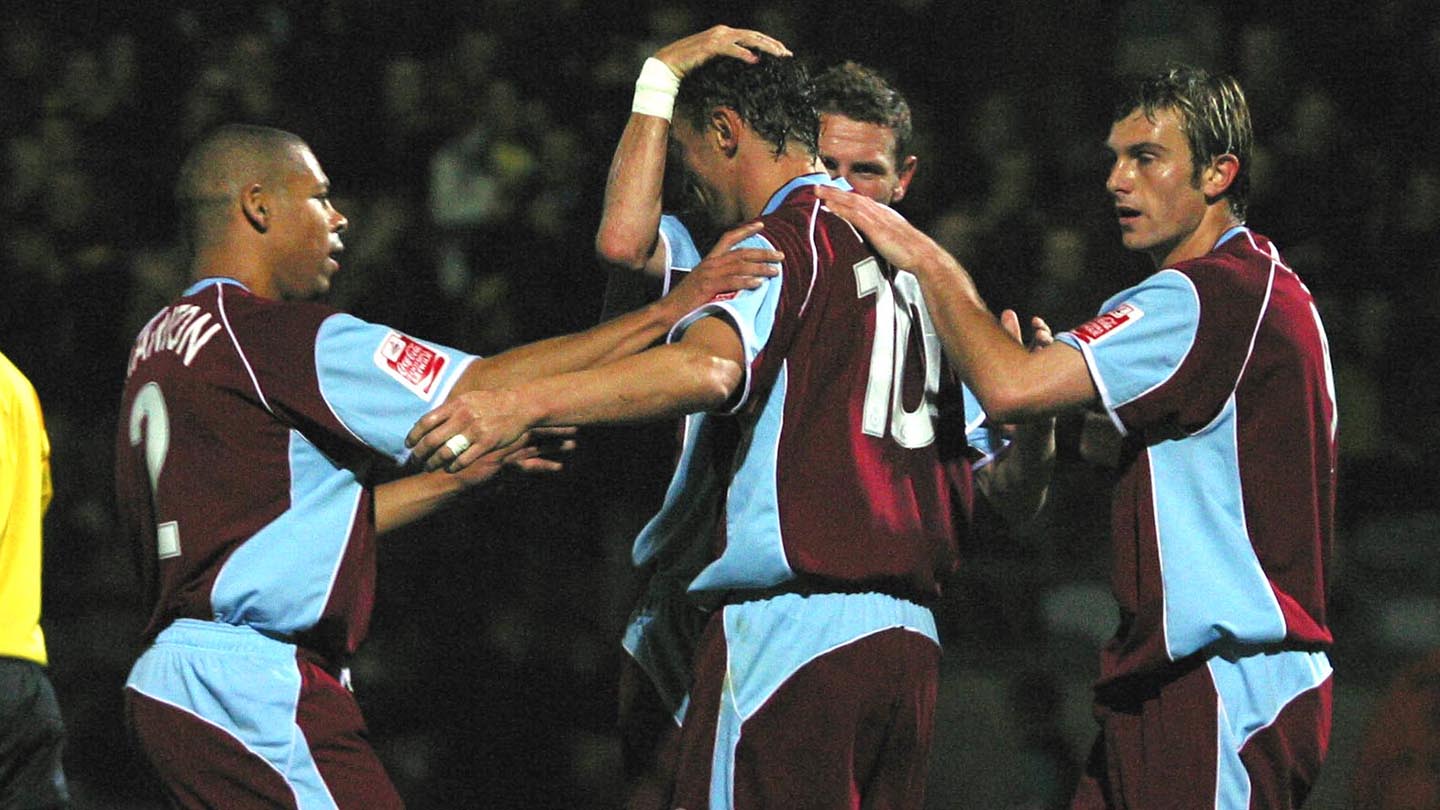 PHOTO: United celebrate during the home win over the Shrimpers in 2004.