Having played most of his early career abroad, Guy Ipoua joined Scunthorpe United as a relatively unknown quantity, but he had endured a brief stint at Bristol Rovers in 1999.

Originally featured in our matchday programme vs Gillingham in March 2016.

Ipoua had started his career in France with AS Nancy, but never made a league appearance for the club. Spells on the books of La Liga giants Atletico Madrid and Sevilla also featured in his career early on, before he first made his move to England.

After one year with Rovers, Ipoua joined the Iron on trial and looked to impress then manager Brian Laws enough to earn himself a contract.

“The season was two or three games old and I was invited over for a week-long trial at the club by Brian Laws, who was the manager at the time,” he said.

“The team had a game against Bournemouth a couple of days into my trial and the manager asked me if I wanted to be involved, which I did, so he put me on the bench.

“I came on at half-time when we were 1-0 down but we eventually won 3-1 and I was lucky enough to score the second goal.”

Ipoua’s first season in Scunthorpe saw a return of nine goals, but it was during his second year that he really began to show the Iron faithful what he was capable of.

Guy netted a total of 18 goals in his second campaign with the club, but most fans will remember his name for the seven goals he scored in two games in the space of a week.

“My best memory with the club has to be those two games because to score that amount of goals in such a short space of time is something that every striker dreams of,” he explained.

“I scored a hat-trick against Hartlepool in the FA Cup and then four more in the league against Mansfield the game after, so that week was pretty special for me and I’m sure there aren’t too many players that can say they’ve done something like that." 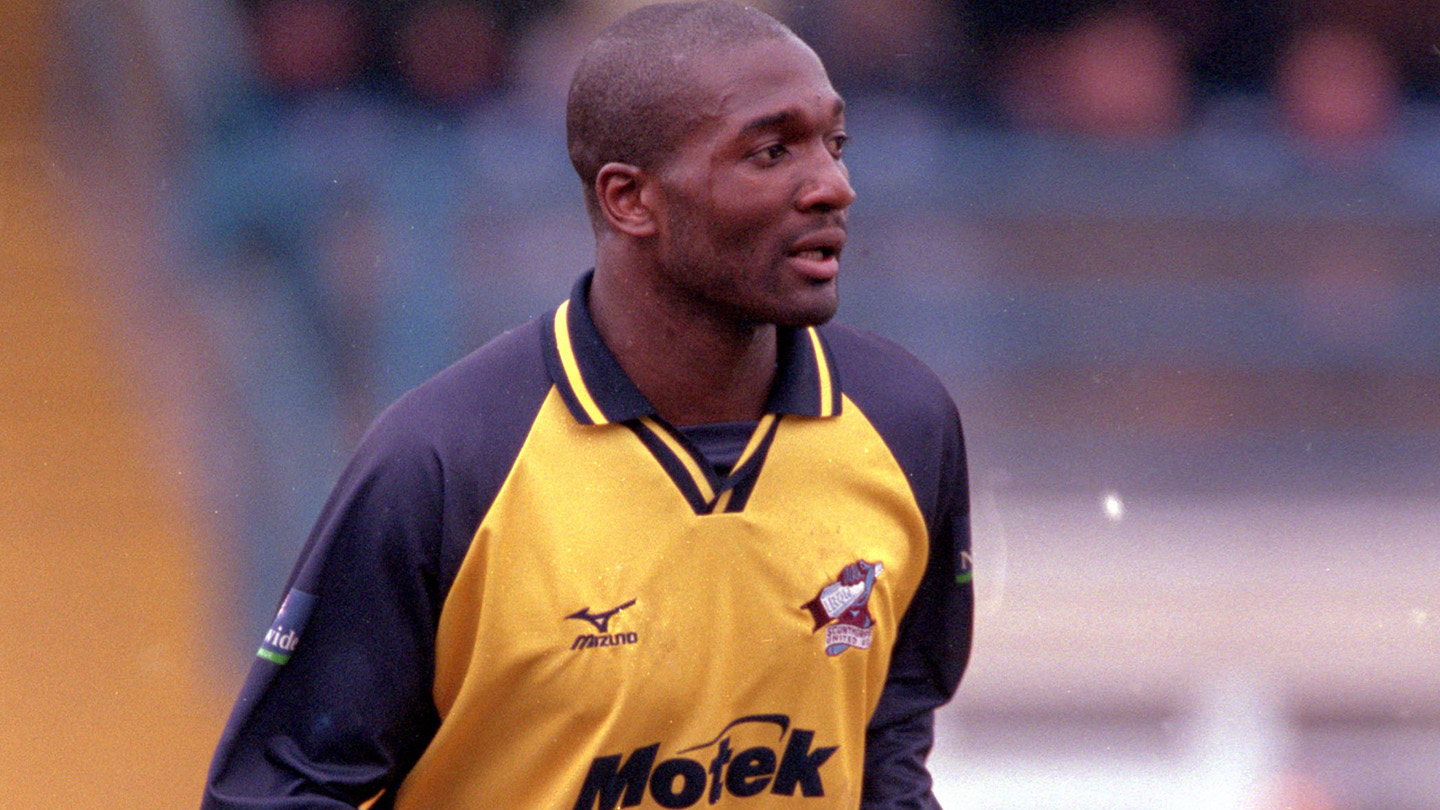 His goalscoring exploits earned him plenty of interest in 2001 from clubs higher in the league pyramid than the Iron, and Ipoua eventually opted for a move to Saturday's opponents Gillingham.

He said: “I’d played quite well in a game for Scunthorpe against Gillingham and their manager Peter Taylor told me after the match that he’d like me to join them, which I thought would be a good move for me, but he joined Leicester not long after that and it didn’t look like it was going to happen.

"They eventually came back in for me even though Peter Taylor had left and they were in the Championship at the time so it was a step up for me which was what I was looking for.

“Brian Laws had offered me a new contract at Scunthorpe but I wanted to test myself at a higher level which I think he understood in the end.”