The Iron will take a break from wearing their claret and blue home kit this weekend, instead wearing the red third kit to help promote RED January and support mental health.

The game against Gillingham on Saturday 8th December will be the first time the Iron have worn a red kit in a competitive home fixture in over 30 years as the club give their support to RED January and the EFL’s Charity Partner, mental health charity Mind.

Scunthorpe fans are being encouraged to sign up for FREE to the RED January campaign which encourages people to support their own mental health by doing something active every single day throughout the month of January.

It gives people a focus during a typically tough month and motivates ‘REDers’ through its online community. As well as supporting themselves, those taking part can help others by raising vital funds for RED January’s exclusive charity partner Mind.

Whether it’s running 5k or walking to work a new way, a morning swim or taking your bike for a spin, Iron fans can join thousands of people around the UK, kick-starting their 2019 in the most positive way. 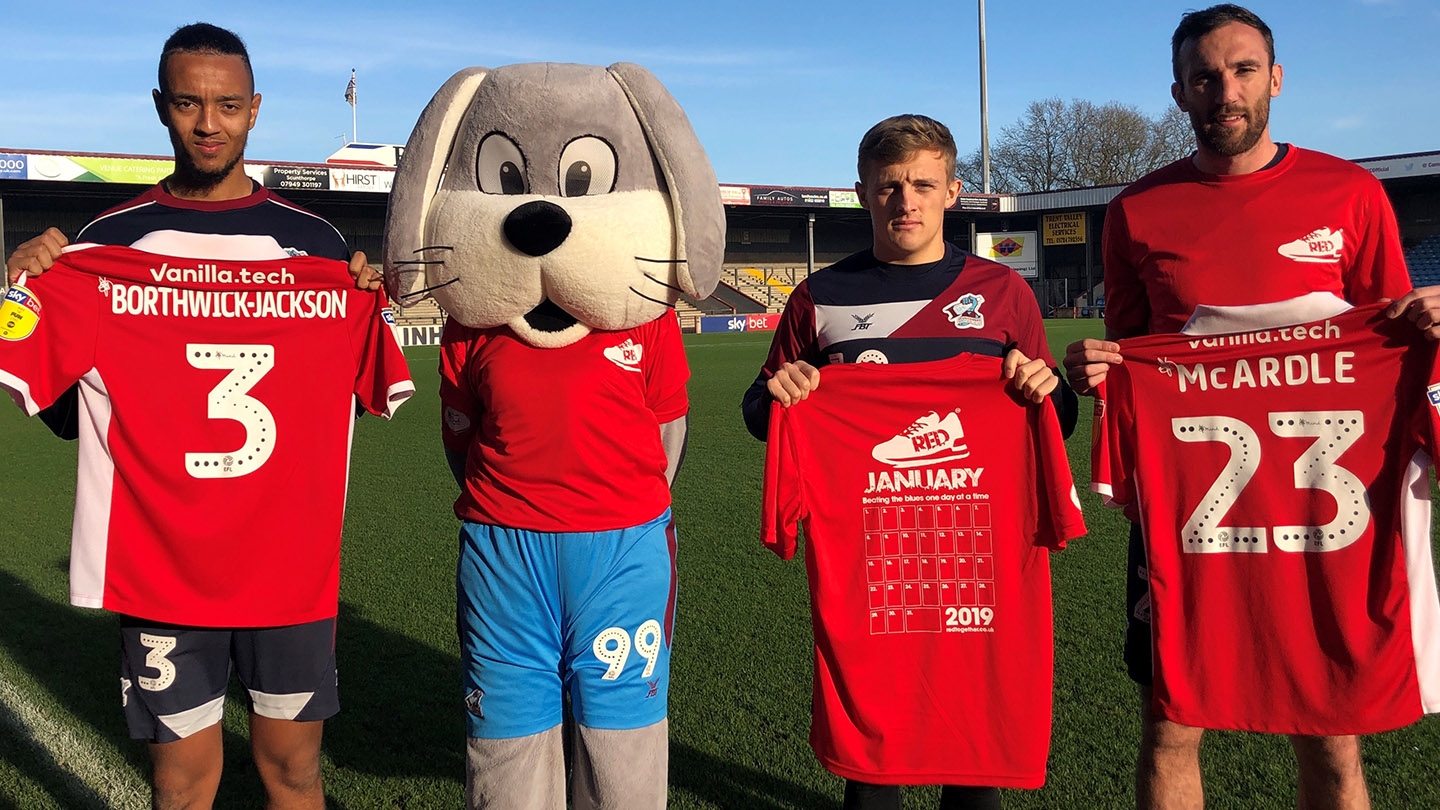 Scunthorpe United’s Head of Marketing, Ticketing and Retail, Rob Noble, said: “Statistics show that every year, one in four of us will experience a mental health problem. By supporting the campaign with the first team wearing the red kit for a home game and warming up in the RED January t-shirts, we want to raise awareness of mental health and encourage supporters to not only sign up to the campaign, but to support one another in getting active this January and help combat the issues.”

Founder of RED January, Hannah Beecham, said: “Like RED January, football is fueled by community spirit. It doesn’t matter which team you support, it’s all about coming together to wear red as we beat the blues. Scunthorpe are taking a big step forward in raising awareness about the positive effects keeping active can have on our mental and physical health. We hope they inspire others too.”

Paul Farmer, Chief Executive of Mind, said: “We’re very grateful to Scunthorpe United for lending its support to RED January and, by doing so, helping to raise vital funds for our work. As the Official Charity Partner for the EFL, we hope that Iron fans join people across the football community this New Year to tackle mental health head on by getting active every day. All money raised through RED January funds Mind’s crucial work to ensure that no one has to face a mental health problem alone.”

Registration is open now for supporters to sign up for free on the link: football.redtogether.co.uk and once you have signed up, the online RED community will be on hand providing support and motivation throughout while you will also receive a FREE WELCOME PACK.

While you’re at it, you can also raise vital funds for the EFL’s charity partner Mind and help make sure no one has to face a mental health problem alone.