United return to action with a home game against Luton Town on Boxing Day (3pm kick-off). 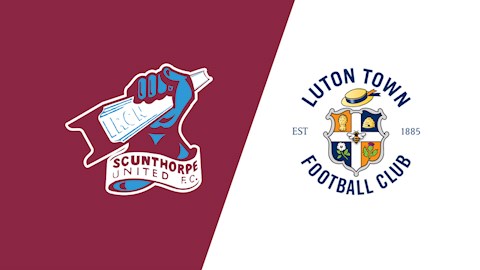 The Iron will be seeking to bounce back and climb out of the relegation zone following the 2-0 loss at Bradford City on Saturday, while the Hatters defeated Burton Albion 2-0 at Kenilworth Road and sit second in the division.

Cameron Burgess will sit out due to a one-match suspension following his red card for two bookable offences at Bradford.

Manager Stuart McCall also said midfielder Matthew Lund will be out for a yet to be determined period of time, explaining: "I’m not sure on the full extent of what it is, but there’s a degeneration in his knee. It needs some injections as there’s a small hole. It doesn’t look like it’ll be short-term but I don’t have a timescale on that yet."

Josh Morris faces two months out with a fractured fibula and strained ankle ligaments. Elsewhere, Matt Gilks (knee) and Rory Watson (arm) continue to miss out, while Ryan Colclough (knee) is out for the remainder of the season.

There have been very limited meetings between the Iron and Luton Town over recent years. Before this season, the two teams had only previously met in the Johnstone’s Paint Trophy back in 2009 and their last game in the league was during the 2001-02 campaign.

However, in the reverse fixture between the two sides back in October, it was Luton who came out victorious, winning 3-2, in a closely contested encounter at Kenilworth Road.

Harry Cornick put the home side ahead inside ten minutes after a quick start, but Lee Novak soon levelled for Scunthorpe. On the half hour mark, Luton were in front again following a wonder strike from Elliot Lee, before James Justin made it three with five minutes to go.

In injury time, Stephen Humphrys pulled one back for the Iron, giving the Hatters’ a scare towards the end, but they were just able to hold out for the win.

Striker Elliot Lee has been in fine form for the Hatters and has netted a total of 20 times in just over 50 appearances for the club.

The hitman already has ten goals to his name this season, alongside two assists, making him one of the Sky Bet League One’s outstanding players.

Lee started his career with Premier League side West Ham, however he struggled to break into the first team at Upton Park and instead found himself out on loan a number of times in his four-year spell with the East London club.

Before joining Luton on a permanent deal, Lee had a short stint at Kenilworth Road in 2015, playing 11 games and scoring three times. Then, after leaving West Ham and Barnsley respectively, the forward decided to re-join the Hatters’ in 2017, and has been an ever present in the Hatters’ starting line-up since.

ELSHEWHERE IN LEAGUE ONE…
All kick-offs 3pm unless stated