The Iron play their final game before Christmas when they make the trip to take on Bradford City this Saturday (3pm kick-off). 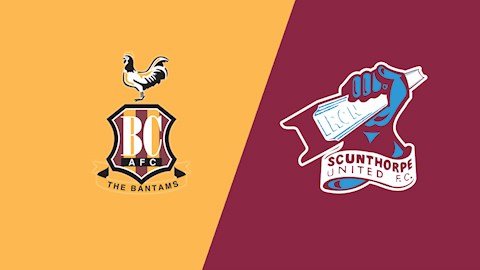 Pay on the turnstile at Bradford City

Scunthorpe head to the Northern Commercials Stadium, aka Valley Parade, looking to halt a run of four successive league defeats and start the festive run of games as they mean to go on.

The Bantams are in the bottom four of the division, though were boosted by last weekend’s 4-0 home win over Walsall.

Stuart McCall has confirmed Josh Morris faces two months out with a fractured fibula and strained ankle ligaments, while there are also fresh injury worries over two unnamed players.

Funso Ojo returns to contention following a hamstring injury, while George Thomas is fine and has trained for most of the week after suffering a dead leg at Doncaster last weekend.

The two sides drew 1-1 at Glanford Park on the final day of last season, with Conor Townsend on target for Scunthorpe.

Our last trip to the Northern Commercials Stadium saw Scunthorpe emerge as 2-1 victors through strikes from Cameron Burgess and Hakeeb Adelakun.

Striker David Ball scored a brace in the Bantams’ victory last weekend, and signed on loan from Championship side Rotherham United during the summer.

The former Manchester City academy talent has also enjoyed spells with Swindon, Peterborough, Rochdale and most prominently at Fleetwood during a five year stint.

He’s scored three league goals this season and will be looking to kick on following last week’s double.