Scunthorpe are still unbeaten in the league, having kept four League One clean sheets in succession, and Rovers have won their last three matches.

It looks like an entertaining clash will be in prospect, and Alexander previewed the match in an interview with iFollow Iron.

ON THE BLACKBURN GAME AND ASSESSING SATURDAY’S DRAW WITH BLACKPOOL…
GA: Blackburn have many good players, a lot of quality and have picked up some really good results recently. I’m sure they will come in a buoyant mood looking to get a positive result, but so are we. I think we’ve done exceptionally well recently, and have improved with each game. Saturday’s game was a tough one to crack, particularly in the second half. I think Blackpool were content with the point, and basically played with a back six in the second half and made it difficult for us to break them down. They are well within their rights to do that, and it’s well within our rights to find those spaces but we couldn’t do that in the end. We need to try and improve on that. Some games are really difficult though and you’ll see the best teams in the land struggle when up against a block like that. I think Blackpool will be up there. They’ve only lost the one game this season, have adapted really well (to League One) and have a lot of quality in their team. I know teams have come here with good defensive plans and have made it difficult for us to break them down in the past, but I don’t think I’ve seen it as extreme. I think both teams deserve credit, because Blackpool did what they wanted to do well, but it was out of respect for what we could do to them if they played it differently. It gave us a different problem to try and solve. We couldn’t quite find the key to the door, but it wasn’t through lack of trying or effort from the players. We have to take the point, take the clean sheet and move on to Tuesday’s game. I expect Blackburn will be slightly different but we’ll see how the game goes.

"I’ve been really pleased with the way the players have approached the games and have looked for ways to improve each game."

ON THE TEST THIS TUESDAY…
GA: They have good quality and a very good manager in Tony Mowbray. It all adds up to being a good team. Sometimes you have to adjust to the division you’re in, and maybe that was the reason for the first couple of results (they lost to Southend and Doncaster). They have a good squad, but I believe we have a good squad, good team and good players, who are physically fit, intelligent and really motivated to win games. I think it will be a game between two good teams who both have the same ambition of three points and we’ll have to make sure we’re better than them on the night. I think we’re going to face different challenges this season, both home and away, but I feel we have the tools within the squad to play any type of game, adapt to it and come out on top. We’re going to have to work extremely hard and play well to do it. I’ve been really pleased with the way the players have approached the games and have looked for ways to improve each game. 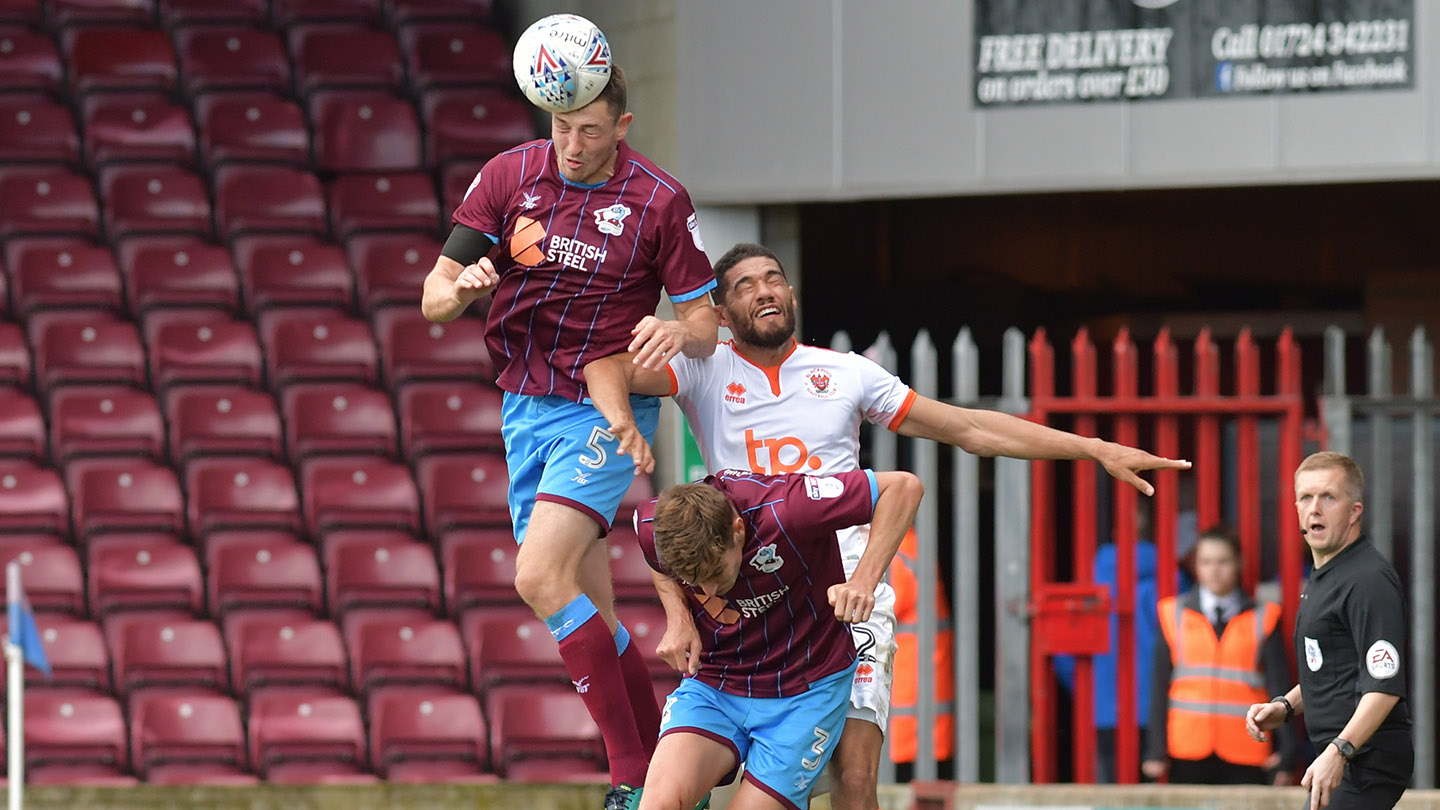 ON INJURIES AHEAD OF TUESDAY…
GA: Murray Wallace was nursing a dead leg for the majority of the Blackpool game to be honest. He got it early on but did well. He’s a tough boy and did well, though we’ll look at him on Monday afternoon. Apart from that, everyone got through the game unscathed and we will probably have 22 players fighting to be in the 18-man squad. It’s still where we were with the three injured lads (Andrew Crofts, Jonathon Margetts and Luke Williams). Hopefully we don’t pick anything else up in the next few games because we want to keep that competition strong defensively and attacking-wise. We’re in good shape at the moment, physically and mentally, because we’ve picked up some good results and we’re looking for that to continue.