The Iron ran riot to collect both points on their travels in what was Scunthorpe's first complete game under floodlights.

Victory at Spotland was no mean feat, with Rochdale suffering their first defeat on home soil for nearly ten months.

United were two up at the interval, netting on six and 42 minutes respectively before doubling that lead to four in the second half. Alan Bushby put through his own net for the second time in the season to reduce the deficit to three.

HORSTEAD A POWER IN SOUND DEFENCE 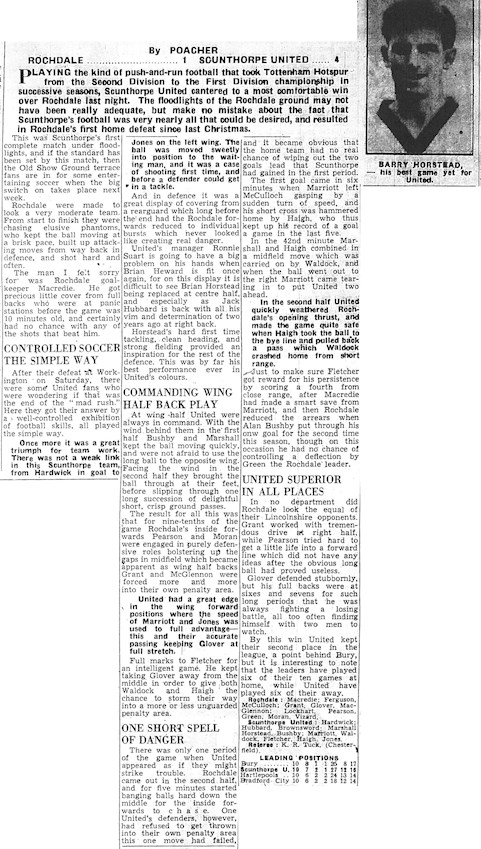 Scan reproduced thanks to permission from the Scunthorpe Telegraph.