On Monday, Scunthorpe United revealed Pepperells Solicitors had agreed to continue as the first team shorts sponsor for the 2017-18 season.

Iron chief executive Jim Rodwell said: “We are delighted to continue our partnership with such a prestigious local company as Pepperells. Our thanks go to them for their continued support.”

“As well as being a significant sponsor to the club, they have been a constant source of reliable legal advice when called upon.”

“We very much look forward to working with Ben and his team both next season and into the future.”

Ben Pepperell, chief executive officer at Pepperells Solicitors, paid a visit to the club on Monday to receive his first glimpse of the new kit.

The highly-regarded law firm have a big presence within Scunthorpe and the wider region. The offices on Doncaster Road are complimented with further offices in both Hull and Grimsby.

In 2017, Pepperells Solicitors changed its structure from a traditional partnership to a Limited Company, which reflects Pepperells’ modern approach to law.

Pepperells now has more than 100 staff in the Humber Region offering their private and commercial clients access to a wide range of services encompassing all areas of law. 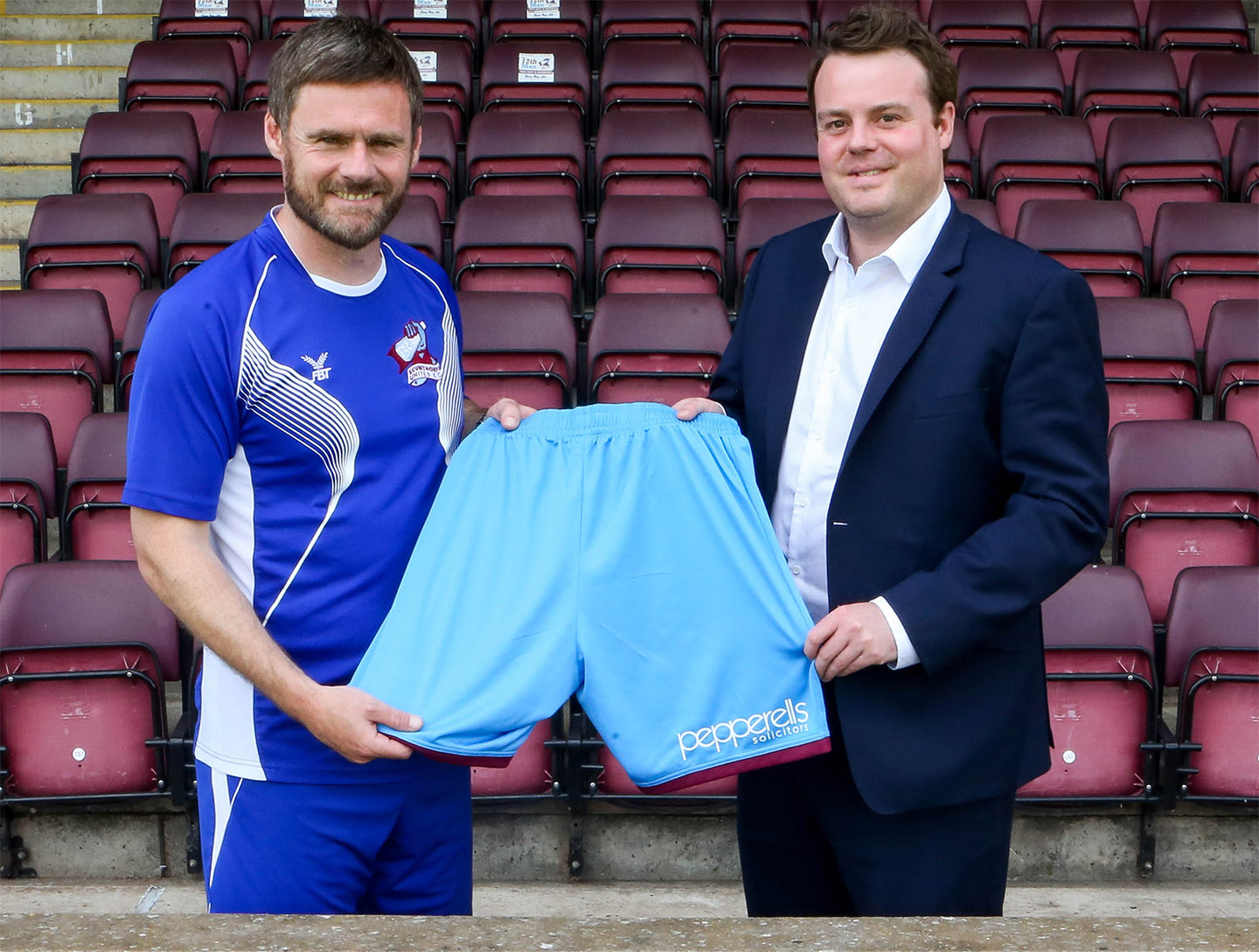 Ben Pepperell said: “Pepperells grew up in Scunthorpe and, while we are expanding and developing with new clients and new connections across the wider Humber region, we remain incredibly proud of our roots here in the town.”

“This continuing association is important to us and we’ll be at Glanford Park throughout the season supporting the Iron as they go again in the Sky Bet League One.”

“Scunthorpe United is a club which is important to the people in the area and to us as a business; as we continue to grow across the coming years we anticipate doing so in tandem with the Iron enjoying even more success on and off the pitch.”

“Expectations are rightly high after only narrowly missing out last season on the play-off final. On behalf of everyone at Pepperells, I’d like to wish Graham Alexander and his team the best of the luck for the first game against AFC Wimbledon and for the rest of the season.”

Pepperells Solicitors offer a wide range of services and can deal with most types of legal work, both for the individual and also for complex business requirements. Visit their website at www.pepperells.com.