The Iron play their first away league game of the season this Saturday when they visit Rochdale. See our handy guide to the articles we've published ahead of the game below.

TOM PUGH'S PRE-MATCH THOUGHTS
He speaks about starting the season at right-back and making his full league debut last weekend.

FLASHBACK
We pick out some memorable games against them, plus look at our full record.

IFOLLOW VIDEOS
See from Neil Cox and Tom Pugh ahead of the game.

ON THIS DAY
See our past record for games played on August 14th.

THE ROCHDALE VIEW
See the latest articles from their website.

Scunthorpe drew 0-0 away at Rochdale in their first away league game of the new season.

The Iron entered the game making two changes from the team that faced Barrow in the Carabao Cup first round in midweek, as Mason O'Malley and Myles Hippolyte were replaced by Lewis Thompson and Devarn Green.
With three minutes gone, Alex Perry's challenge almost set Green away but the home defence thwarted the United forward.
The hosts won the first corner of the game, with Watson reaching high to take the cross from Aaron Morley.
Then, at the other end, Ryan Loft looked to muscle his way through on the right side and went down but Rochdale were awarded a free-kick.
The hosts won a further free-kick 30 yards from the goal on the right side of the area, which was lifted over by Matty Done to Danny Cashman but was sliced over the crossbar.
Following some trickery on the right side of the area by Morley and Alex Newby, in the 19th minute, Jake Beesley fired a low effort goalwards which Watson was equal to.
The same player came close again two minutes later, sending a diving glancing header wide following a left wing cross from the byline.
Play was halted with 29 minutes gone as Loft and Morley battled aerially and clashed, with both players receiving treatment. Loft had to be replaced by Alfie Beestin as a consequence of that.
Straight after, there was a chance for the Iron as Perry was slipped into the area, but his cross was blocked with handball claims dismissed. The ball reached Thompson at the far post, whose powerful shot was saved by Jay Lynch.
The home side won a corner soon after, and it resulted in a series of ricochets in the box before Emmanuel Onariase got the ball clear.
On 41 minutes, Watson was drawn into a tremendous save as a low ball across goal reached the back post and forced him into a point blank stop.
United attacked the other end on the break afterwards, with Tom Pugh sending a half-volley wide of goal after the ball reached him on the edge of the area.
Two minutes later, Harry Bunn, Thompson and Beestin orchestrated a similar move, with the ball going out to Harry Davis on the edge of the box, who shot wide of goal.
United won a corner on the right wing early in the second-half, which Bunn took. The ball dropped for Perry but he was twice blocked as he looked to get an effort away.
After a brief spell of Dale pressure, United got the ball into the box via a Pugh long throw which Davis tried to flick towards goal, but the home goalkeeper was equal to it.
Perry then drove forward down the left flank a minute later and fired an effort wide on the near byline.
Looking to work an opening, Beestin then took aim from the edge of the area in the 59th minute but his strike went over.
Winning a free-kick in the home side's half on 63 minutes, Alex Kenyon played it out wide to Bunn, who searched for Onariase with his cross but saw the ball headed away.
A minute later, Bunn had a go himself from the left side of the area, but Lynch was equal to his effort.
A second Scunthorpe change was made in the 68th minute as Hippolyte came on for Kenyon.
Morley sent a free-kick into the danger area soon after for the home team, but nobody could connect and Watson gathered.
At the other end, after a free-kick was cleared as far as Onariase in his own half, Pugh looked to flick Green through with the resultant ball through but the home goalkeeper managed to get to it.
With 74 minutes played, home substitute Abaraham Odoh curled an effort from 20 yards which went over the crossbar.
Three minutes later, as Beesley looked to pull the trigger after being played into space inside the Iron box by Morley, Onariase's sliding tackle took the ball out for a corner, which was dealt with by United.
There was a third United alteration with nine minutes left, as Thompson was replaced by O'Malley.
Soon after, Rochdale probed down the left through Done, whose deep cross was well handled by Watson.
On 86 minutes, Green was hauled down in the middle of the park but play continued as Bunn got the ball. He saw one shot blocked before the second was saved by the goalkeeper.
Three minutes after, Odoh drove forward down the left for Rochdale and sent a cross in which George Broadbent diverted wide of goal.
There were four minutes of added time at the end of the game, and in the second of those Green almost connected with Beestin's right-wing delivery, while O'Malley's follow-up shot was blocked. On the counter-attack, Done blasted an effort over the crossbar for the home team after the ball had dropped to him.
A minute later, O'Malley sent a cross in from the left which Pugh tried to meet but Lynch as equal to his bouncing header as the match finished goal-less.
Scunthorpe return to action when they visit Walsall on Tuesday night (7.45pm kick-off).
ROCHDALE: Lynch, O'Keefe, Taylor, O'Connell, Morley, Beesley, Newby, Broadbent, Graham (Dooley, 82), Done, Cashman (Odoh, 65).
ROCHDALE SUBS NOT USED: Coleman, Keohane, Andrews, Brierley, Dunne.
IRON: Watson, Kenyon (Hippolyte, 68), Taft, Onariase, Green, Loft (Beestin, 32), Thompson (O'Malley, 81), Bunn, Pugh, Davis, Perry.
IRON SUBS NOT USED: Balme, Rowe, Jessop, Wilson.

Iron fans can pay on the day at Rochdale on Saturday, August 14th.

Rochdale have confirmed Iron fans can buy CASH ONLY from the 'Porta Cabin' at Spotland (this is where the collections are also). This will be open from 12.45pm-3.15pm.

Over 360 have been sold in advance and we wish everyone a safe journey. 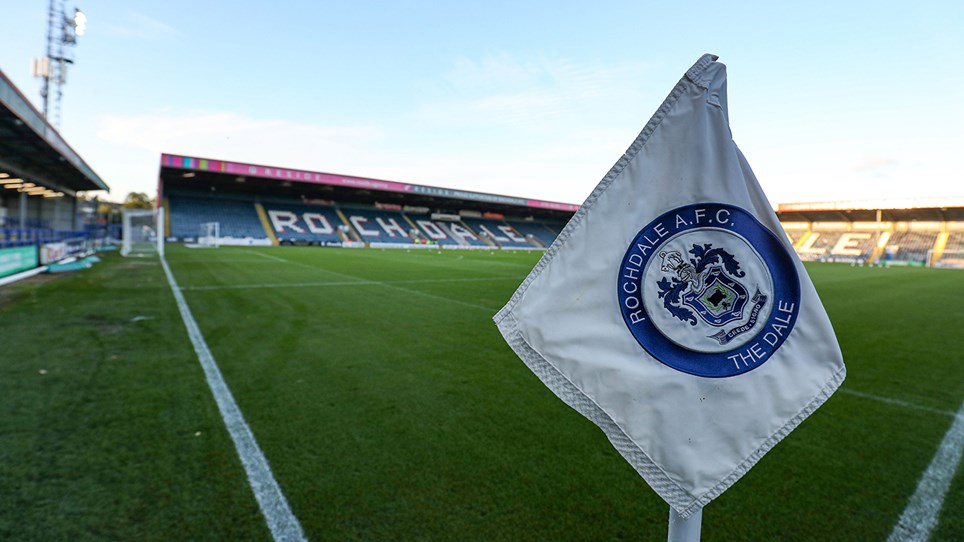 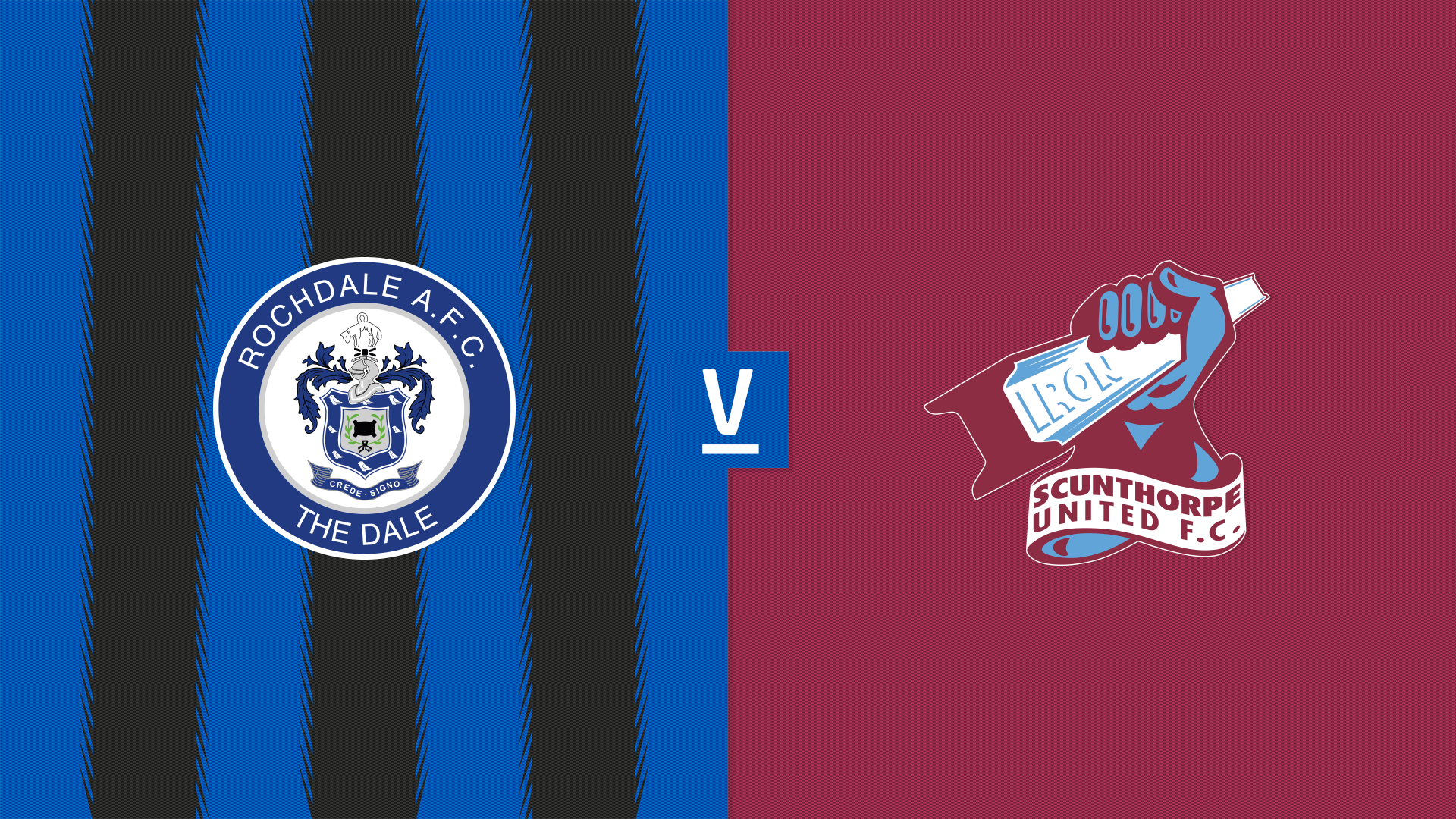 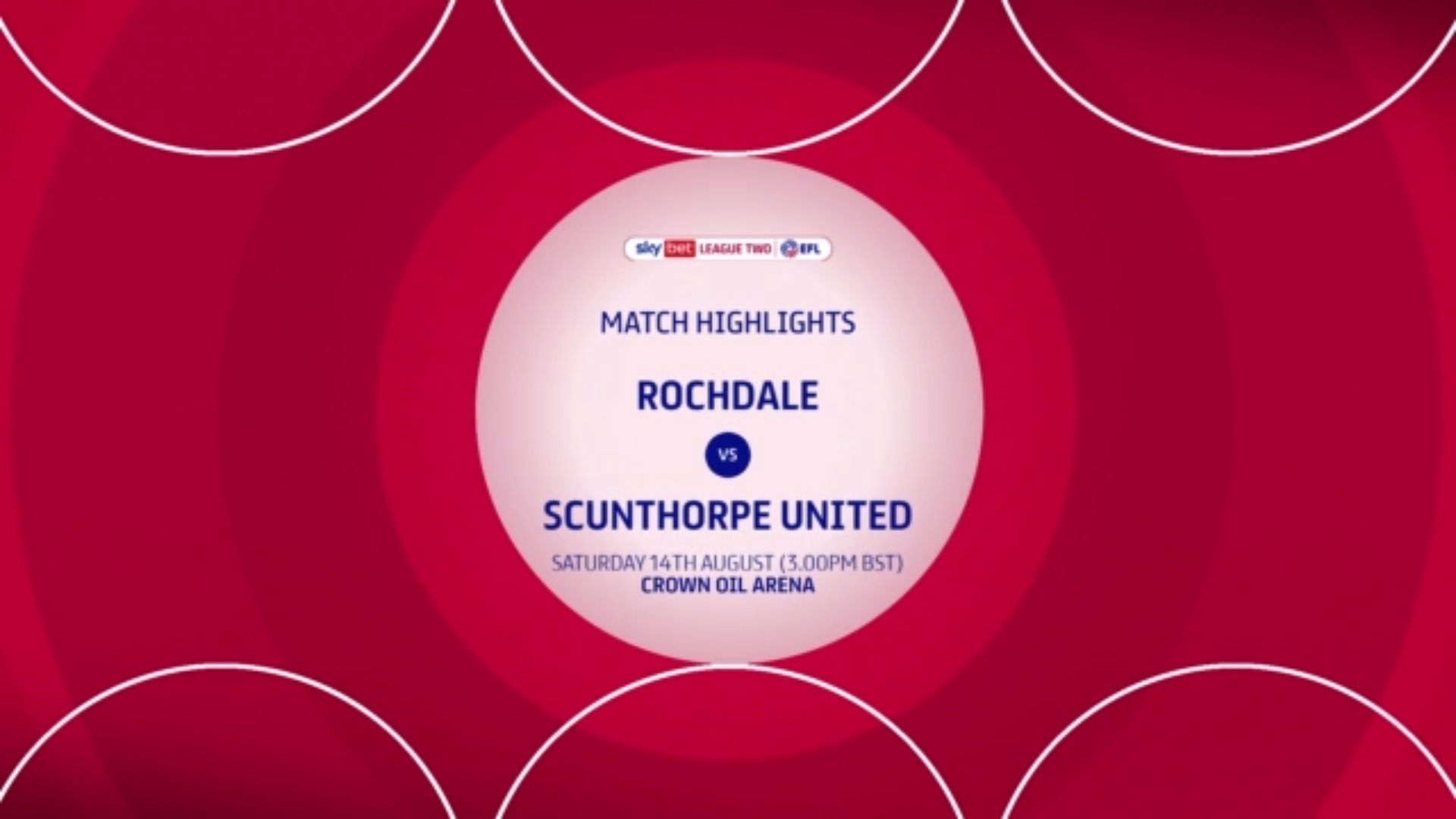 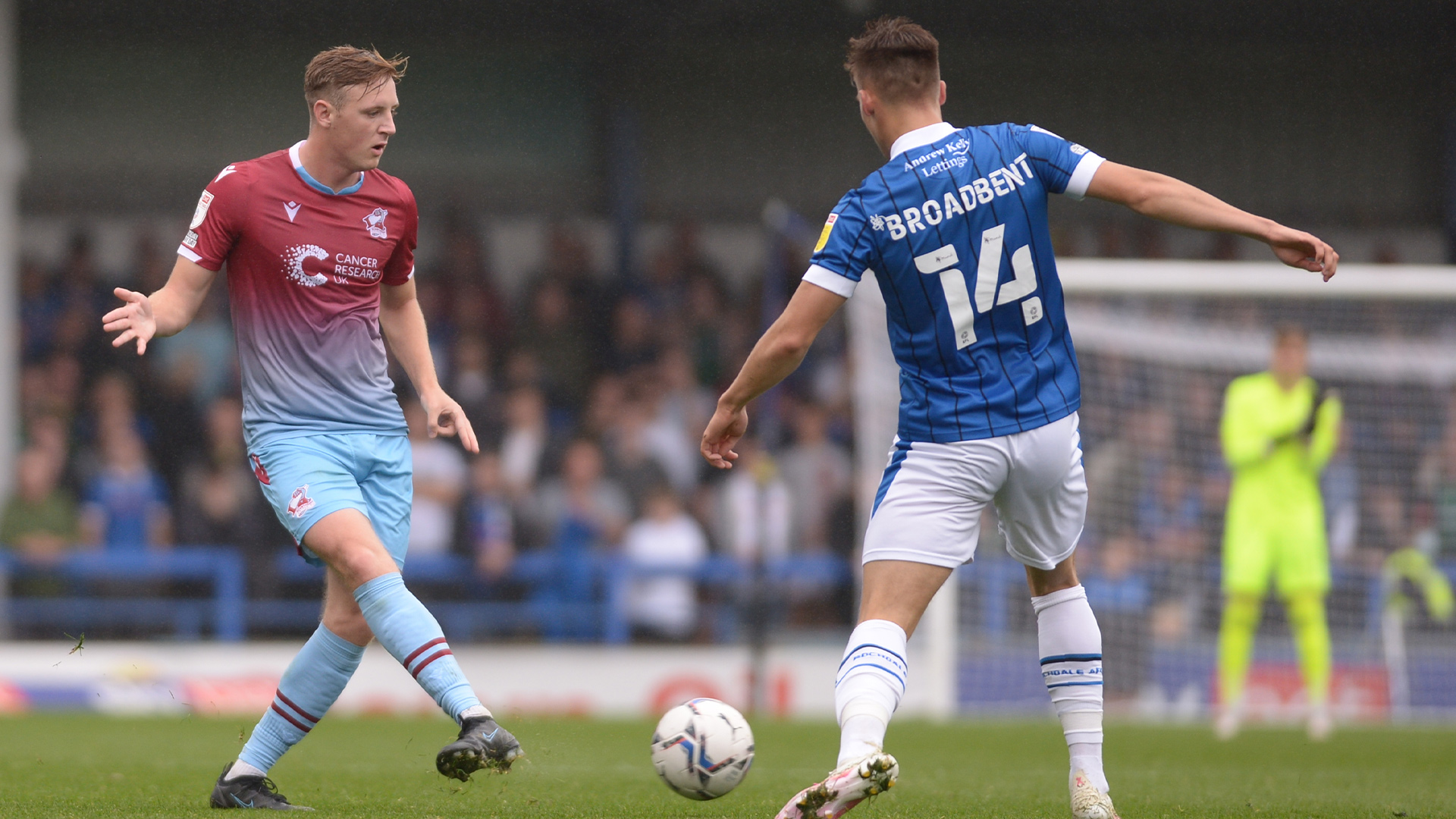