The Iron host Morecambe at the Sands Venue Stadium on Saturday, as we play our first league game there for five weeks.

Grab an iFollow pass for the Iron v Morecambe

United come into the game on the back of two hard-fought, morale-boosting away wins at Oldham Athletic (2-0) and Port Vale (1-0).

Jacob Bedeau and Kevin van Veen netted in the first of those successes last Saturday, before Abo Eisa got the winner in the latter on Tuesday evening.

Neil Cox's side haven't won at home since the 1-0 victory over Carlisle in late September, and play host to a Morecambe side that sit 10th in the division and one point off the play-offs.

Tuesday night's win lifted Scunthorpe out of the relegation zone and they could potentially climb up to 17th with victory at the weekend.

Derek Adams' team lost 5-0 at home to Cambridge on the opening day of the season, but have kicked on since. They're unbeaten in five games going into this weekend, and drew 1-1 at home to Stevenage last time out in the league, with Jordan Slew netting a late equaliser.

They've won their last two away games 1-0, at Maldon & Tiptree in the FA Cup first round and against Tranmere in the league.

On Wednesday, they defeated Manchester United Under-21s 4-0 in the group stages of the Papa John's Trophy.

Their summer signings included former Iron midfielder Yann Songo'o, who linked up with Shrimps boss Adams for a third time, having also played under him at Plymouth Argyle and Ross County. He was with us last season.

Midfielder Adam Phillips, on loan from Burnley, is top scorer with five goals to his name, while he, Jake Turner, a goalkeeper on loan from Newcastle, and defender Sam Lavelle lead the appearance charts for them.

Cox will leave it late to pick his side, as a number of players will be assessed on Saturday morning following the exertions of the last week, and due to a number only recently returning to first team contention.

Midfielder Jake Taylor misses out as he has to self-isolate for 14 days after coming into contact with somebody who has tested positive for COVID-19.

On-loan midfielder Frank Vincent has returned to parent club Bournemouth for treatment, and looks set to be out for two months with a thigh strain.

Aaron Jarvis has a hamstring injury and though the club are waiting for a full prognosis, he will likely be out until after Tuesday's home match against Bolton.

United drew 1-1 at home against Morecambe on Saturday, with Emmanuel Onariase scoring in the second half before being pegged back in stoppage time. However, they are now three games unbeaten in the league.

The Iron entered the game naming an unchanged team, with Olufela Olomola coming onto the bench instead of Kenan Dünnwald-Turan.

United pressed high early into the game as Ryan Loft held off the pressure from several Morecambe players before offloading possession. Kevin van Veen almost had an opening for goal, but the visitors regained the ball.

On eight minutes, Jai Rowe looked to link up with Alex Gilliead down the right side and threaded the ball forward for him, but Nathaniel Knight-Percival hooked clear for a throw.

Then, soon after, Kevin van Veen came off and was replaced by Jordan Hallam.

With 16 minutes played, Lewis Spence played a brilliant ball into Loft, who then threaded it to Gilliead on the right. He made his way into the area before his low cross was cleared.

Two minutes later, Jordan Slew hooked a left-footed volley that went wide of the target area after he latched onto a left-sided cross from Stephen Hendrie.

Soon after on 22 minutes, Abo Eisa was fed the ball down the left side and cut in with the step-over before his cross went wide of the target.

Moments later, former Iron midfielder Yann Songo’o curled a long-range effort goalwards, but it hit the top of the net after clearing the crossbar.

On 33 minutes, three Morecambe players marshalled Eisa down the left as he got the ball in his possession. He almost got half a yard on his right foot before Alfie Beestin knocked the ball into the area, from which the hosts won a goal kick.

With 43 minutes gone, Ryan Loft tried to get a header on goal after Junior Brown’s left-sided cross goalwards, but there were too many bodies in front of the goal and the effort was blocked.

Six minutes into the second half, Morecambe came down the right side with Brown and Onariase clearing the threat before Aaron Wildig’s 20-yard shot was blocked.

54 minutes in, Loft took down Beestin’s left-footed cross with his eyes on the goal. His effort was blocked before Spence’s volley from the edge of the box went wide.

Soon after, the Iron won a corner as Eisa’s shot took a deflection and he found a small angle to fire a shot. Loft rose high from Hallam’s corner but was caught by Jake Turner.

The visitors took a shot 61 minutes in through Wildig and it was heading for the top corner, but the ball smashed into the side netting.

Another shot was taken from Morecambe two minutes later as the same player curled a 20-yard effort wide of Mark Howard’s left-hand post, following a square ball across the area from the right side.

With 76 minutes played, Eisa was held back as he looked to power through down the left. Brown ran by him while he was being held to keep possession before feeding Eisa into the box. His cross took a double deflection but was ruled to have gone out for a goal kick.

Soon after, Green found Jai Rowe on the overlap with the full-back surging into the area and drawing a fine save.

With 80 minutes on the clock, the Iron found the back of the net. Gilliead tried to convert at the front post following a corner, with Beestin’s effort then saved, but Onariase turned the ball home from close range.

On 89 minutes, bodies were put on the line as Devarn Green, who had earlier come on for Hallam, blocked an effort from Phillips before two more blocks came in.

Two minutes into added time and the visitors equalised. Howard made a fine save from point blank range, but Wildig slammed home the rebound. 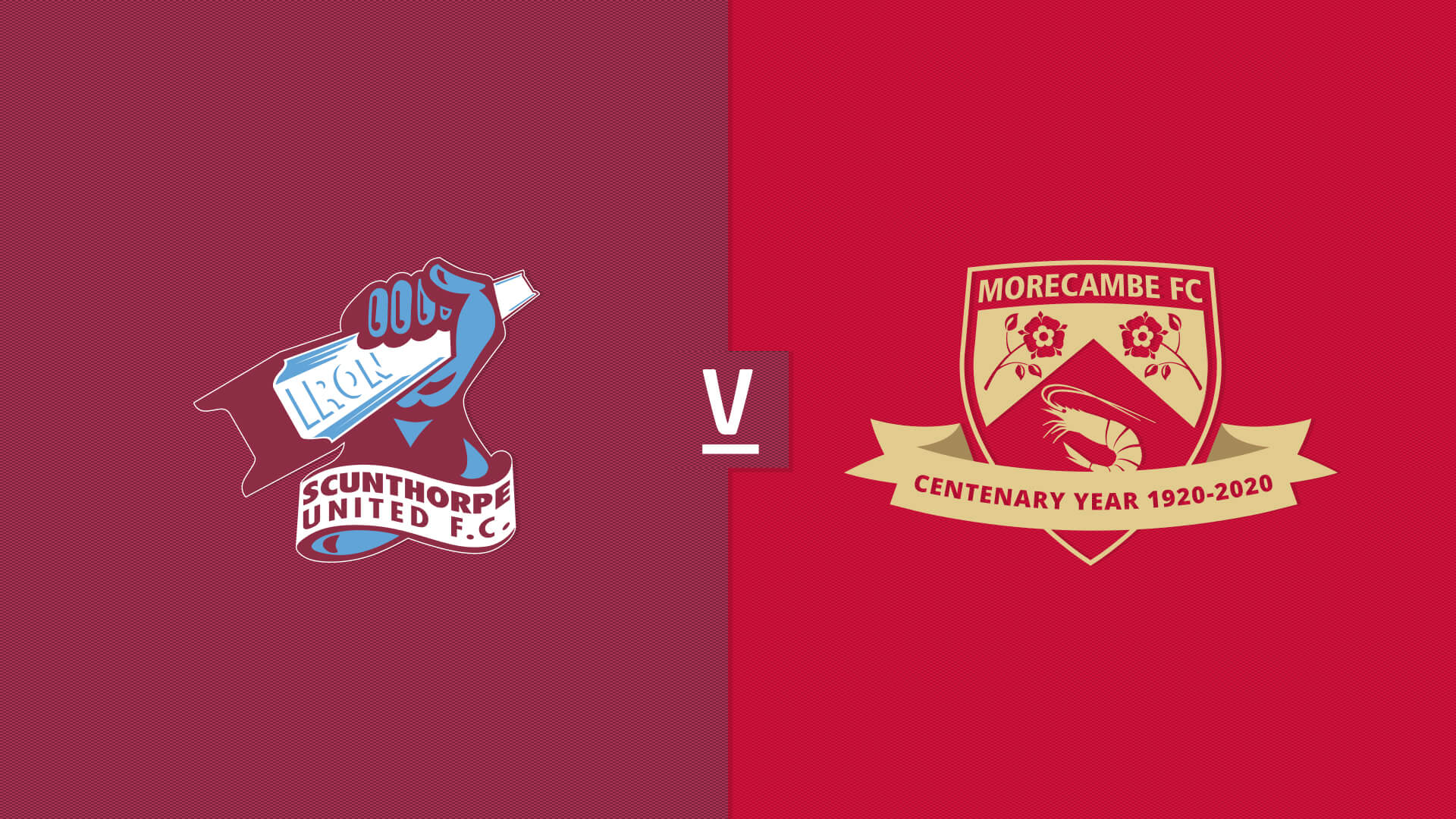 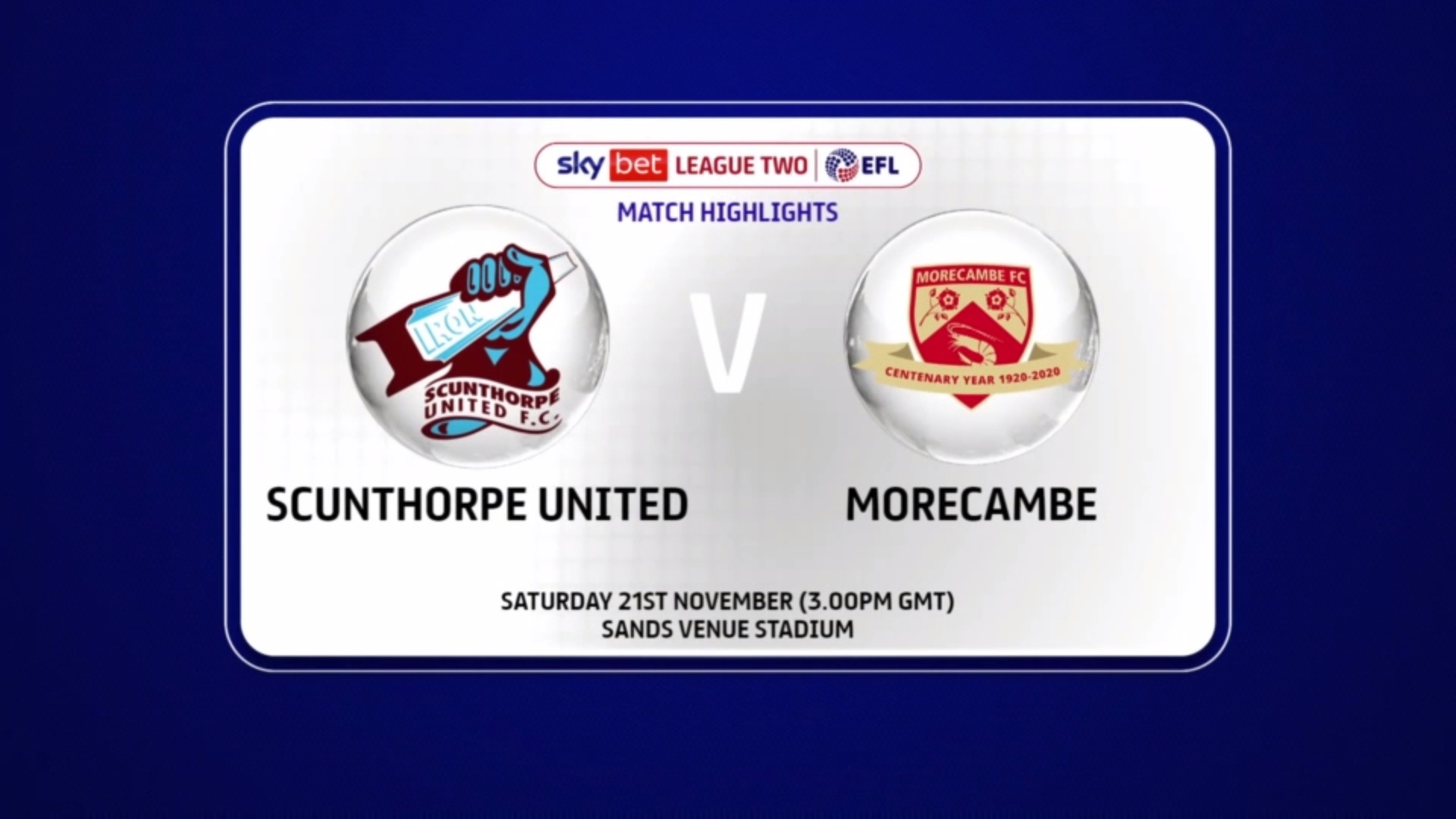 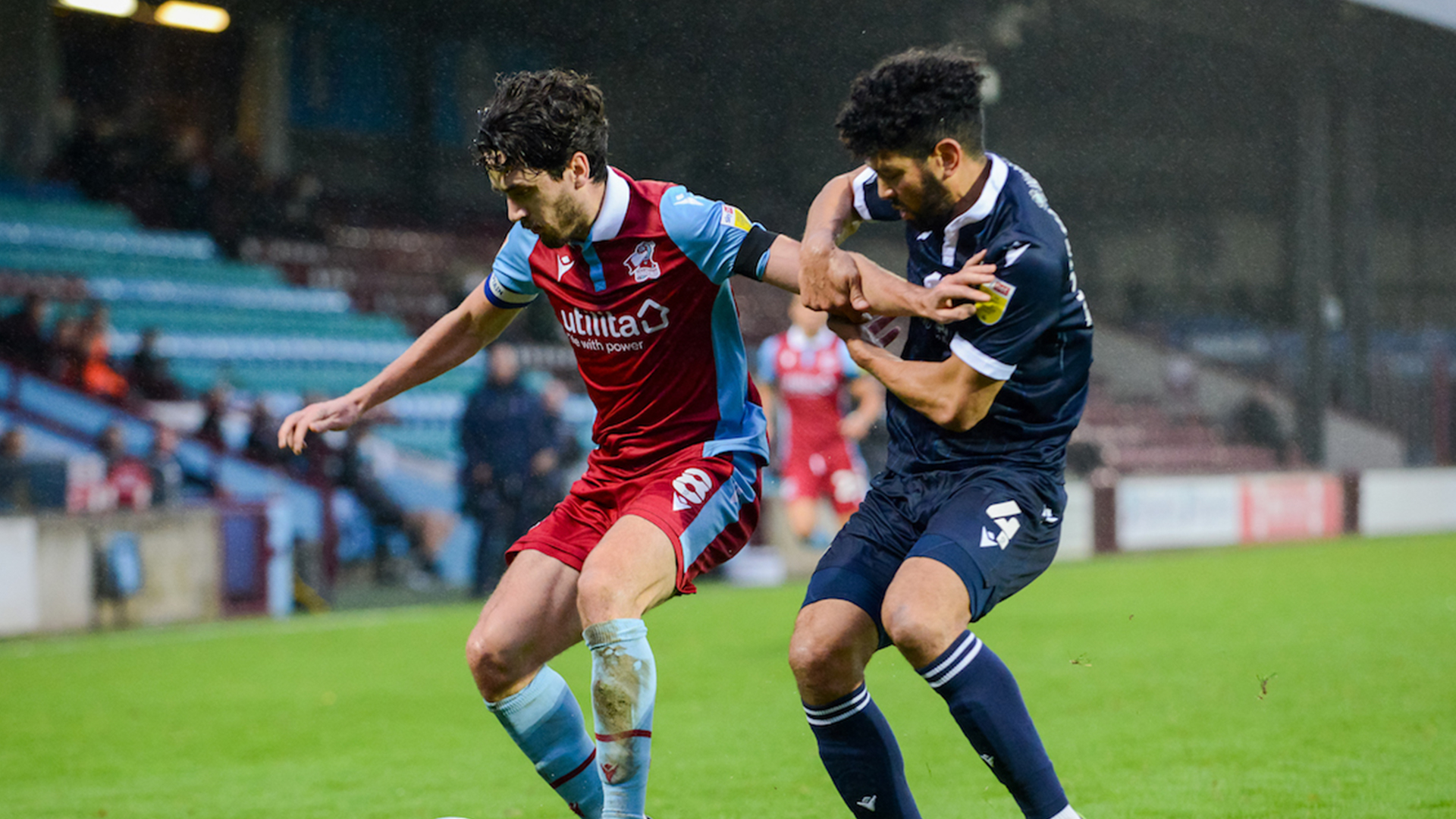