The Iron return to action this Saturday when they welcome local rivals Grimsby Town to the Sands Venue Stadium (1pm kick-off).

United come into the game on the back of three successive defeats at the hands of Stevenage, Salford City and Barrow, and will be seeking a first win of 2021 to avenge for the reverse fixture defeat last month.

It was a battle of the bottom two last time out for Paul Hurst's men, who saw out a goalless draw against Southend United at Blundell Park. Prior to that, they'd lost four games out of five, including a 3-0 away defeat at Port Vale.

The Mariners come into the game knowing that victory would see them leapfrog United out of the relegation zone, while a win for Scunthorpe would open a five-point cushion between the two sides.

Last time United faced Grimsby Town last month, Ian Holloway was in the dugout for the penultimate time as a Mattie Pollock goal was enough for the points to stay in Cleethorpes.

Fast-forward into the New Year and Paul Hurst, former manager of both clubs, returned to the side alongside Chris Doig with the mission of trying to kickstart Town's season.

Hurst has added two new defenders to his ranks with Sam Habergham signing following a trial against the Iron's Under-23s, while Rollin Menayese has also penned a loan deal from Mansfield Town as the visitors look to address their defensive issues.

It is an important four-game spell for the Mariners, starting with that goalless draw against Southend. After the Iron, they travel to Barrow and host Stevenage.

Myles Hippolyte (ankle) and Harrison McGahey (hamstring) both returned to the starting line-up last weekend as they made comebacks from their respective injuries. McGahey played for 45 minutes, with his replacement Manny Onariase (ankle) also getting a vital half of minutes on the pitch. McGahey is a doubt for this game though with a recurrence of his hamstring injury.

Aaron Jarvis (hamstring) continues to be missing for a total of 10 weeks after his scan results revealed a tear, while Jordan Hallam (thigh) got over 75 minutes under his belt on Tuesday for the Under-23s side against Salford City.

John McAtee is a doubt with a dead leg, while Ryan Loft could miss out with a back issue that's been plaguing him for the last two-to-three weeks.

Junior Brown is suspended after being sent off last weekend for two yellow cards, while Kevin van Veen continues his rehabilitation, but is ever edging closer to a return. Fin Shrimpton (ankle) is still on the sidelines.

Andy Dales faces another couple of weeks out with an ankle injury sustained for the Under-23s a fortnight ago, while Olufela Olomola is still out following a knee injury sustained after coming off the bench against Bolton Wanderers in November.

After winning three games in a row against the Mariners, with Kevin van Veen notching three of those goals, United have lost the last two encounters against the side.

Mattie Pollock won the reverse fixture, while Scunthorpe suffered defeat in what turned out to be last season's final match.

Abo Eisa scored a brace, with Ryan Loft also on target, as the Iron defeated local rivals Grimsby Town 3-0 at home on #DerbyDay this Saturday.

Eisa's stunning free-kick opened the scoring, before Loft scrambled home the second during the first half.

His strike partner then got his second of the afternoon midway through the second-half.

On two minutes, there was an early corner for the Iron as Green got the ball on the left, beat his man and saw the cross turned behind. There was a good delivery into the box by Alex Gilliead, but the visitors managed to hook clear for a throw.

Grimsby then came forward and played the ball down the right channel, but the ball into the box was comfortably claimed by Mark Howard.

Green then looked to beat his man on the left side after good work to get the ball over to him, but the Mariners defence did well to shield the ball out for a goal kick.

After 13 minutes, there was an inviting ball into the box by Alfie Beestin with Loft and Green lurking. Grimsby cleared, but the Iron came again and Eisa wins a free-kick right on the edge of the area.

From it, the Iron took the lead as Eisa's terrific set-piece beat the wall and the ‘keeper with a thunderous effort into the top corner for his fifth goal of the season.

With 20 minutes played, Onariase nipped in as Hanson looked to run through following a ricochet. Onariase then received a blatant push in the back from Matt Green as he cleared. It resulted in a free-kick to the Iron.

Two minutes later, there was a superb tackle inside the box from Onariase as Green was slotted through. Onariase recovered to slide in, with George Taft also coming across to clear.

With 25 minutes gone, Loft worked hard down the right to squeeze in a low cross towards Eisa. However, the away side cleared for a throw.

After winning a free-kick down the right, O’Malley’s delivery searched for Loft. The hosts cleared, with Eisa looking to retrieve the ball, but it went out for a throw.

There was then a big decision as Beestin shielded the ball out for a goal kick, with Max Wright appearing to kick out at him as the ball ran out of play. It resulted in a yellow card for the Mariners player.

With 34 minutes played, Mattie Pollock went down low for a header and took Loft out. He stayed down holding his back, but he was soon on his feet and able to continue.

Soon after, the Iron won a corner on the right, and Gilliead played low to Eisa, who ended up on the deck as he won the race to the ball. The referee was scrambling to get into a position to see it, and gave a goal kick.

However, Scunthorpe soon added their second goal on 38 minutes when a Gilliead free-kick from the left came into the box, it dropped to Loft and the ball took an age to roll into the corner of the net. It was his fifth goal of the season.

After, there were well-timed tackles flying in from the Iron as they looked to win the ball back. Loft came in with the last one in that sequence on 44 minutes and looked to break clear to find Eisa in space but the visitors put it out for a throw.

The first minute of stoppage time almost saw a third for the Iron. There was brilliant play from Beestin as he got free, and sent Green through, but the attacker was denied by a fine save from James McKeown.

The start of the second period saw a chance drop for Beestin on the edge of the area. The ball dropped nicely for the midfielder from range as Eisa did well from an aerial position. His left-footed half-volley went wide though.

The 49th minute saw good defending from the Iron following a Grimsby free-kick with the ball headed away by Loft, amongst others, before a left-sided cross went out for a goal kick.

With 52 minutes gone, Taft stayed down with a head injury following an aerial collision with Grimsby spreading the ball left to right. Treatment was on for the Bolton loanee, but eventually he was fine enough to carry on after a four minute delay.

Around the hour mark, Luke Spokes had a shot from range, with an offside Town player running across Mark Howard’s eyeline. The flag went up, but Howard made the save, so play continued.

Soon after, Eisa won a free-kick on the left, which Gilliead floated in. Loft rose to meet it with a header, but the ball went off target.

At the other end, Howard claimed a free-kick into the box from the visitors from the left side following a foul on Matt Green.

Eisa added his second goal on 65 minutes, as he broke the offside trap and advanced on goal before coolly slotting beyond McKeown.

Two minutes later, there was almost a fourth as a free-kick was taken on the right channel by the Iron. O’Malley’s delivery was brilliant, onto the head of Loft, but the ball went narrowly over the bar.

Scunthorpe made their first change of the afternoon soon after, as Jordan Clarke was replaced by Jai Rowe, and then shortly after made two more as Green and Jem Karacan made way for John McAtee and Spence.

The 74th minute saw a chance for Eisa’s hat-trick as he set up the ball nicely on the edge of the box before sending his volley over the bar. Loft was booked soon after as he went in with a late tackle.

With 84 minutes gone, Gilliead weaved in and out and fell under contact inside the box but the referee cautioned him for simulation.

Straight after, Howard made a good save from George Williams’ shot as it bobbled up off the surface.

As the clock struck 88 minutes, Gilliead did brilliantly to weave through his man and spread the ball to Eisa. He beat his man before drawing McKeown into a good save.

Luke Hendrie played a ball in from the right for Grimsby which Luke Spokes struck, but saw his shot deflected wide during the first minute out of seven in stoppage time.

There was also a superb block from Eisa as he put his body on the line when Hendrie unleashed a long range shot. He stayed down but was soon back to his feet.

Loft was replaced by Jordan Hallam in the closing stages and United saw the game out for a 3-0 victory.

Scunthorpe return to action on Tuesday night when they host Port Vale at the Sands Venue Stadium. 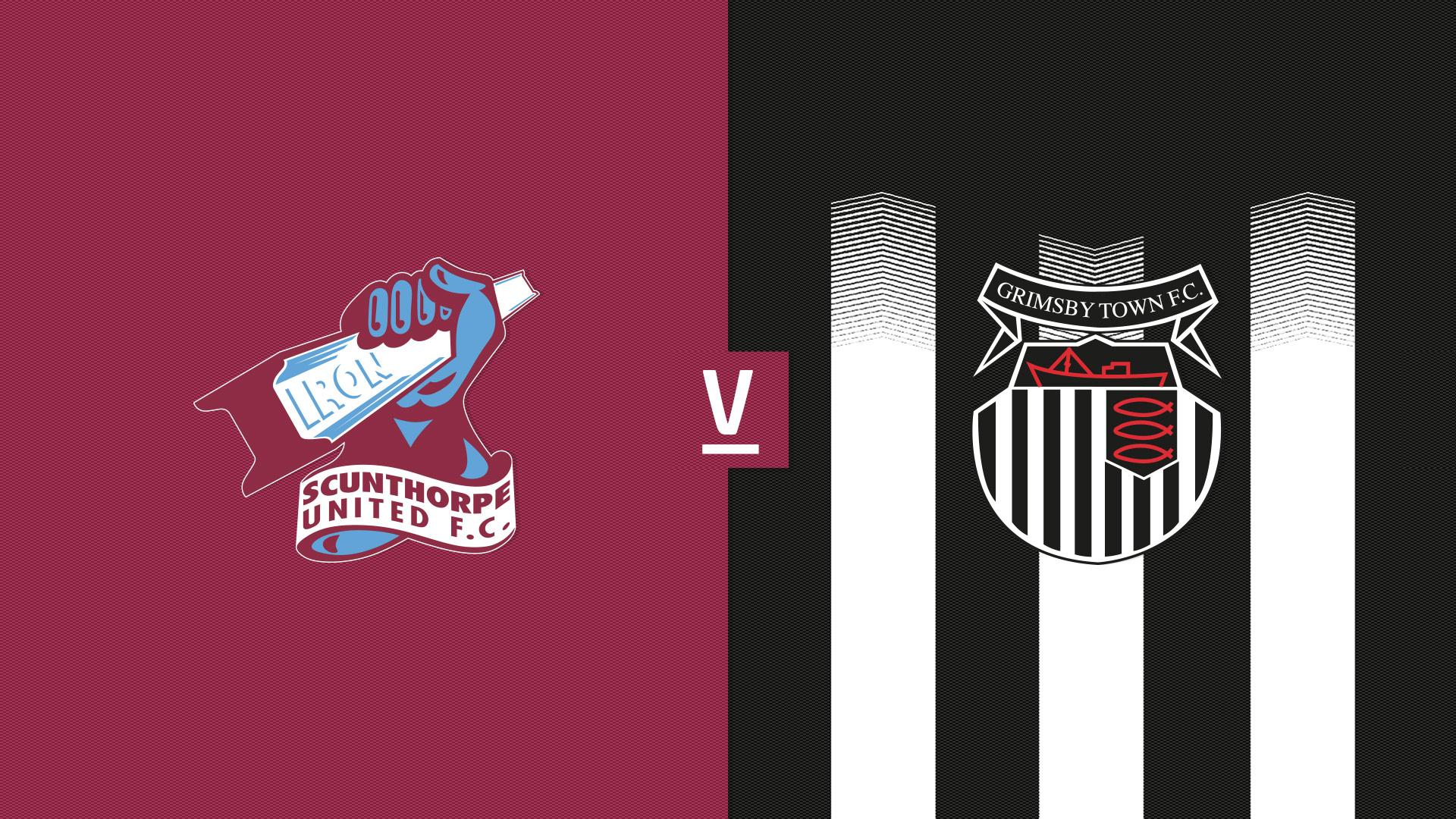 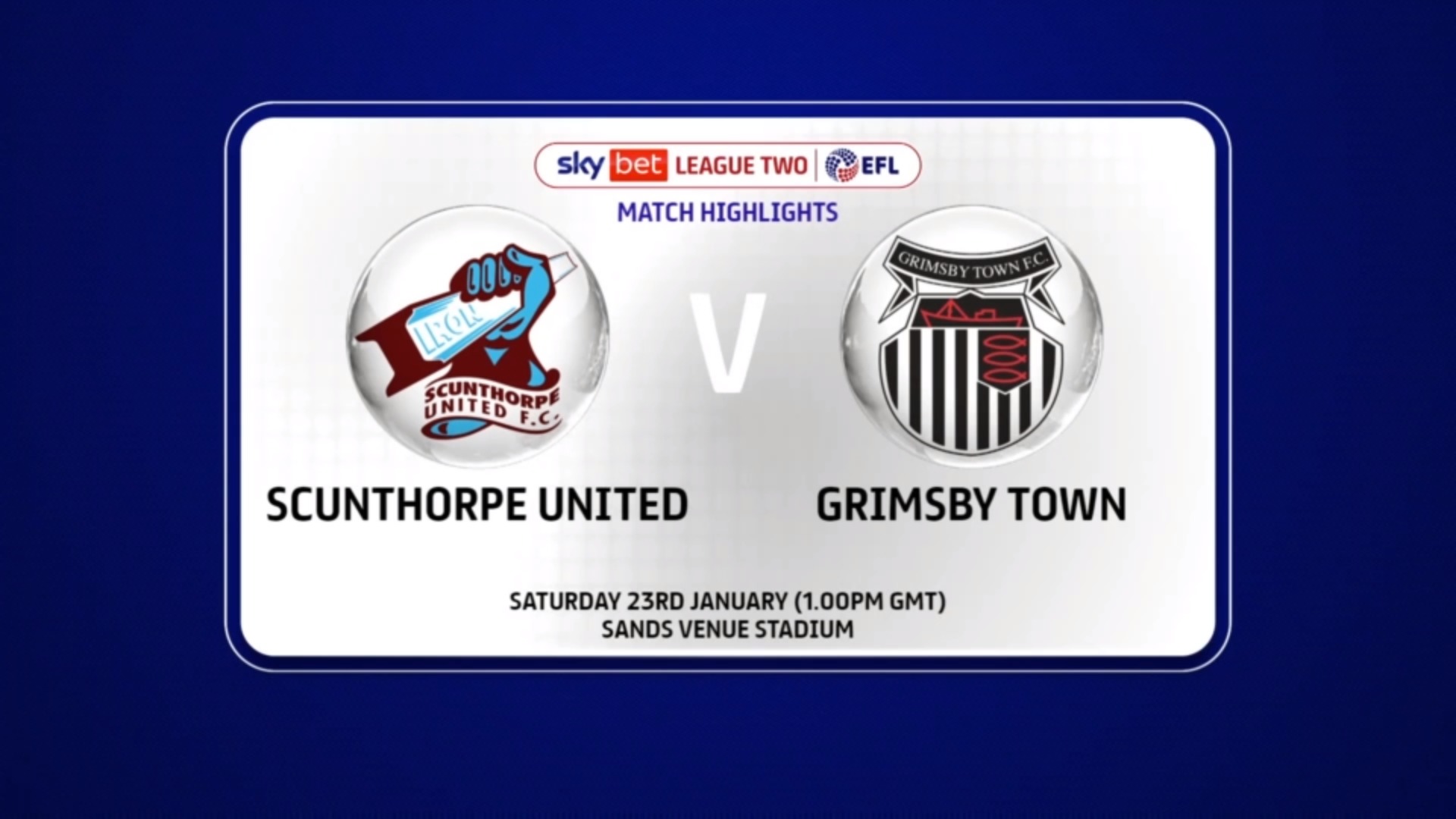 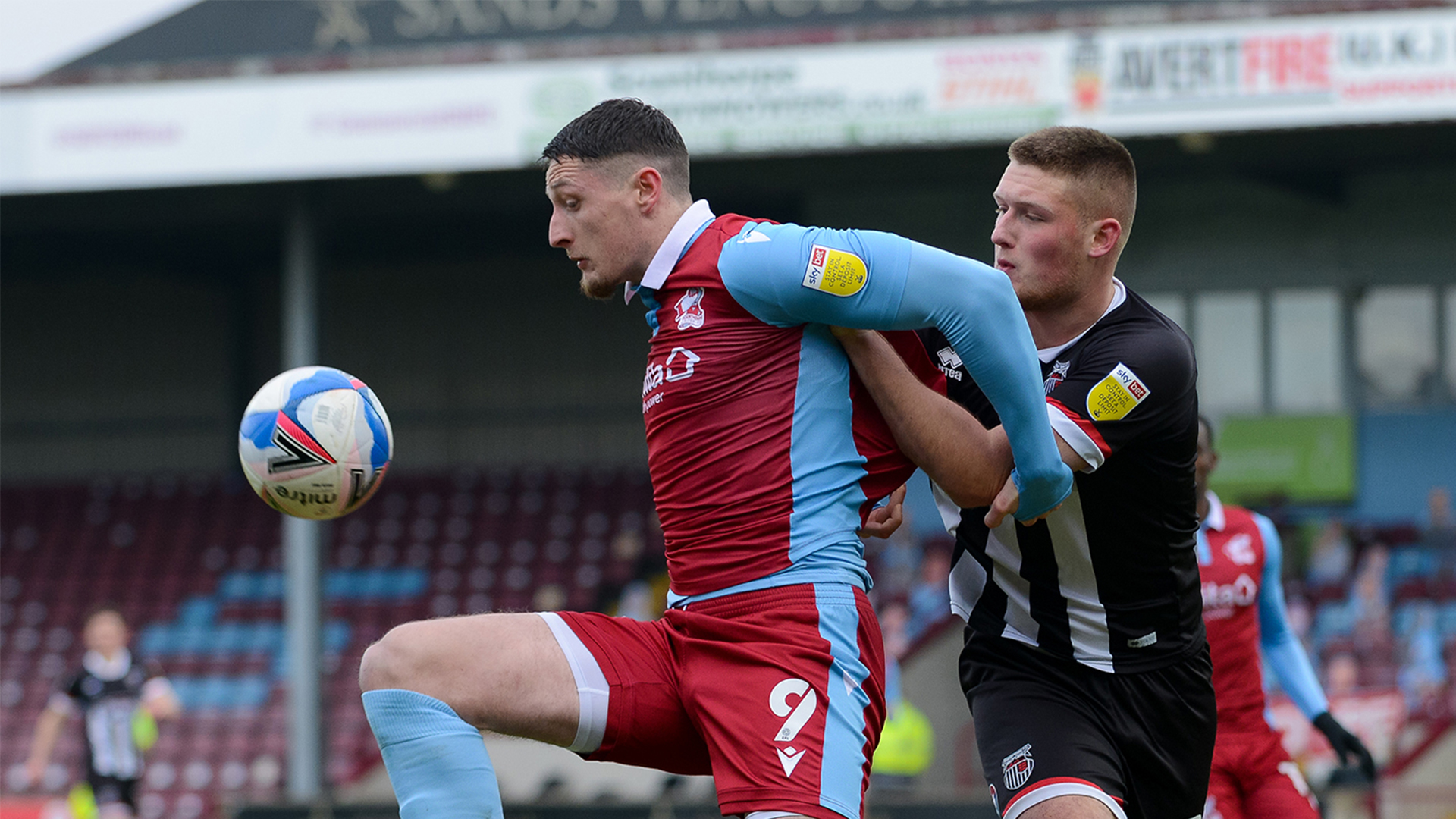