The Iron will be seeking a first win in three games when Barrow visit the Sands Venue Stadium on Tuesday night (7pm kick-off).

United come into it on the back of successive 1-0 defeats at the hands of Colchester United and Southend United, and will be seeking a win that could potentially take them up a place to 17th in the division.

The visitors, who parted company with manager David Dunn following their weekend defeat at Crawley, sit 21st in the table and could climb up a place if they're victorious on the night.

The Holker Street side will be seeking a first league win since October 31st when they defeated Bradford City 1-0 at home through a Connor Brown goal.

In the meantime though, they did draw 2-2 at home to Forest Green Rovers thanks to strikes from Luke James and Dior Angus.

Goalkeeper Joel Dixon tops the appearance charts with 17 league starts to his name, while Angus is top scorer with four league goals.

Former Iron left-back Kgosi Ntlhe joined in the summer following his release from us, and has made six appearances in the league so far.

It will be a family affair in the dugouts too as former Iron goalkeeper Josh Lillis, son of current assistant manager Mark, is player/goalkeeping coach for Barrow.

Neil Cox is hoping captain and full-back Jordan Clarke will be fit to be involved in the game after being rested at the weekend following three games in a week for the first time in almost a year.

Mason O'Malley, Manny Onariase and Jake Taylor all missed training on Monday as they felt the effects of Saturday's game at Southend, while John McAtee and Alex Gilliead, along with the midfield pair of Lewis Spence and Alfie Beestin will be assessed going into the game.

Kevin van Veen had an injection at the weekend following a torn hamstring which will keep him out of action for 10 weeks, while Harrison McGahey also faces a month on the sidelines with his own hamstring problem.

Junior Brown (thigh), Frank Vincent (thigh) and Harry Jessop (shoulder) continue to miss out for an extended period of time.

It will be our first encounter the Bluebirds, who were promoted from the National League under the leadership of Ian Evatt last season, since February 1972 when Rod Fletcher scored a brace in a 2-1 home success at the Old Show Ground.

Abo Eisa fired home the opener early in the first-half but his strike was soon cancelled out by Scott Quigley's effort.

Clarke came in at right-back in place of Jai Rowe, who took his place on the bench, while Myles Hippolyte was in for Mason O'Malley who missed out through injury.

The third minute saw Mark Howard punch clear as a cross came in from the right side with the Iron then mounting an attack which saw Clarke play in Alex Gilliead down the right, with his cross gathered.

After six minutes, the visitors were awarded a free-kick 30-yards from goal. Harrison Biggins and Jason Taylor both stood over it, with the former having the shot. Lewis Spence charged it down for a throw. Then, Scott Quigley turned from the throw to get himself into the area before firing across goal and wide.

The 10th minute saw a big chance for the Iron and all credit had to go to Eisa, who somehow got out of being blocked by two players before surging half the length of the pitch. His low cross was put wide.

Two minutes later, Quigley was in on goal but had a narrow angle, with Howard saving with his feet. United then broke with John McAtee inside the box, with his effort saved by Joel Dixon.

The 13th minute saw United go ahead as Eisa received the ball. He shifted onto his right foot and slotted in the far corner for his fourth goal of the season after the ball was sent in to him from the right flank.

Two minutes later, the visitors looked to respond with a corner and played it low towards the edge of the area. Hippolyte cleared before Barrow came forward again and got another corner.

From it, Quigley headed in the equaliser from close range as the second corner wasn’t cleared.

In the 19th minute, Howard made a save from another Barrow corner as the Iron conceded another corner, with the visitors coming forward.

McAtee saw a 22nd minute shot from the edge of the box blocked before the ball came out wide with Hippolyte delivering towards Gilliead, but he couldn't get on the end of it.

With 28 minutes played, Eisa was able to stride down the left side and cut onto his right foot. His cross into the area was lashed clear though.

Soon after, Alfie Beestin took the ball down brilliantly and slotted into McAtee on the run on the right side of the area. He drilled the ball across goal and just wide of the far post, as Ryan Loft looked to connect.

With 32 minutes on the clock, Bedeau did well to track Quigley’s run from a free-kick to stop the ball from going on target. The Iron cleared the corner.

With 42 minutes gone, Patrick Brough took down a crossfield ball and got inside the area, but Emmanuel Onariase came across to turn his attempted pass out for a corner.

Then, prior to the half-time break, Josh Kay kicked out to trip Eisa as the Iron came clear from a corner. A free-kick was given, but that should have been a caution with not even a word from the referee.

The start of the second period saw Matthew Platt put an effort over the top for the visitors following a right-winged free-kick into the Iron penalty area.

With 52 minutes gone, United put pressure on the Bluebirds backline and played the ball nicely into Eisa on the left. The visitors cleared but the Iron came again with a throw on the left.

Eisa then controlled in the area and looked to flick over the defender, but it was blocked and handball claims were waved away.

The 58th minute saw neat football from the Iron as they patiently built up just prior to the final third. McAtee picked the ball up and had a go, with the effort just wide of the post as Dixon scrambled.

After a double change, Barrow came forward on 63 minutes after playing the ball out to the left, with Jacob Bedeau stopping a cross into the area before clearing.

At the other end, Eisa was pulled back by Tom Beadling on the left channel and looked to be taken out as he crossed. Barrow cleared, with Loft looking like he’d nipped in front of the loose ball, going down, but the referee gave a defensive free-kick.

A minute later, Hippolyte drove down the left side and beat his man before his cross was cleared. Bedeau then showed neat footwork and floated in a cross. McAtee’s header looked to be handled but the referee gave a free-kick for a push.

There was then a corner to the Iron as Clarke saw his long range shot charged down after Hippolyte and Eisa combined down the left. Hippolyte went near post with the corner, with the ball hitting the outside of the post and going out for a goal kick.

A minute later, Clarke fizzed the ball into McAtee who controlled well and played out to Gilliead. His shot was then turned behind.

With 15 minutes left, Eisa turned his marker inside out before fizzing a cross in, with the ball headed behind for another corner, but nothing came from it.

Soon after, Jordan Hallam replaced McAtee as United looked to bring a fresh spark to the attack.

At the other end, with seven minutes left, Howard saved a free-kick from Taylor as the visitors looked for that second goal. After that, Aaron Jarvis replaced Loft up front for the Iron.

There were three minutes of stoppage time, and it was Clarke who headed in the decisive goal - connecting with an Eisa free-kick from the left and looping a header over the goalkeeper and into the net for his first goal of the season.

It proved the winner, and United will be looking to build on those three points when they visit Grimsby Town on Saturday (3pm kick-off). 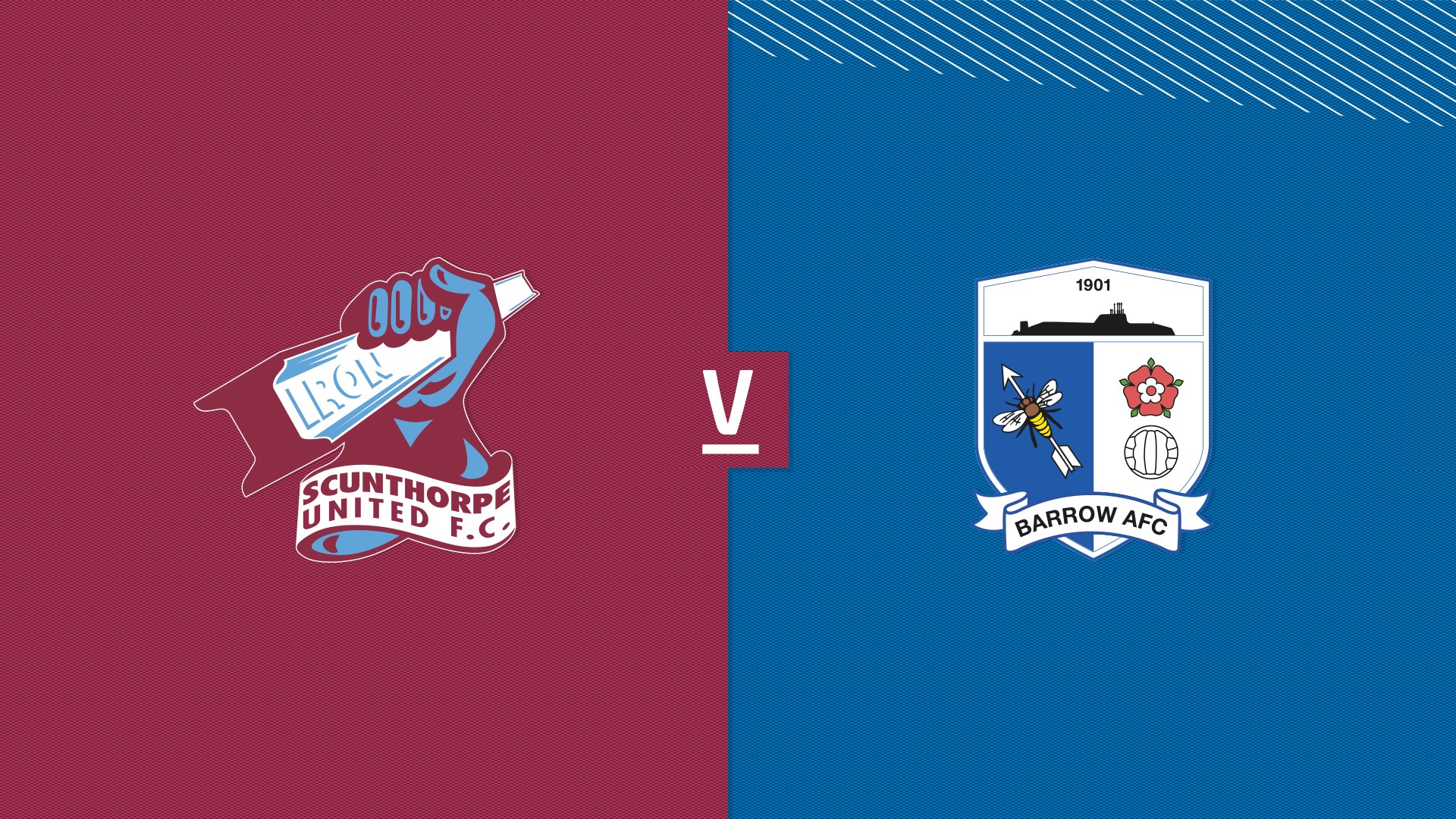 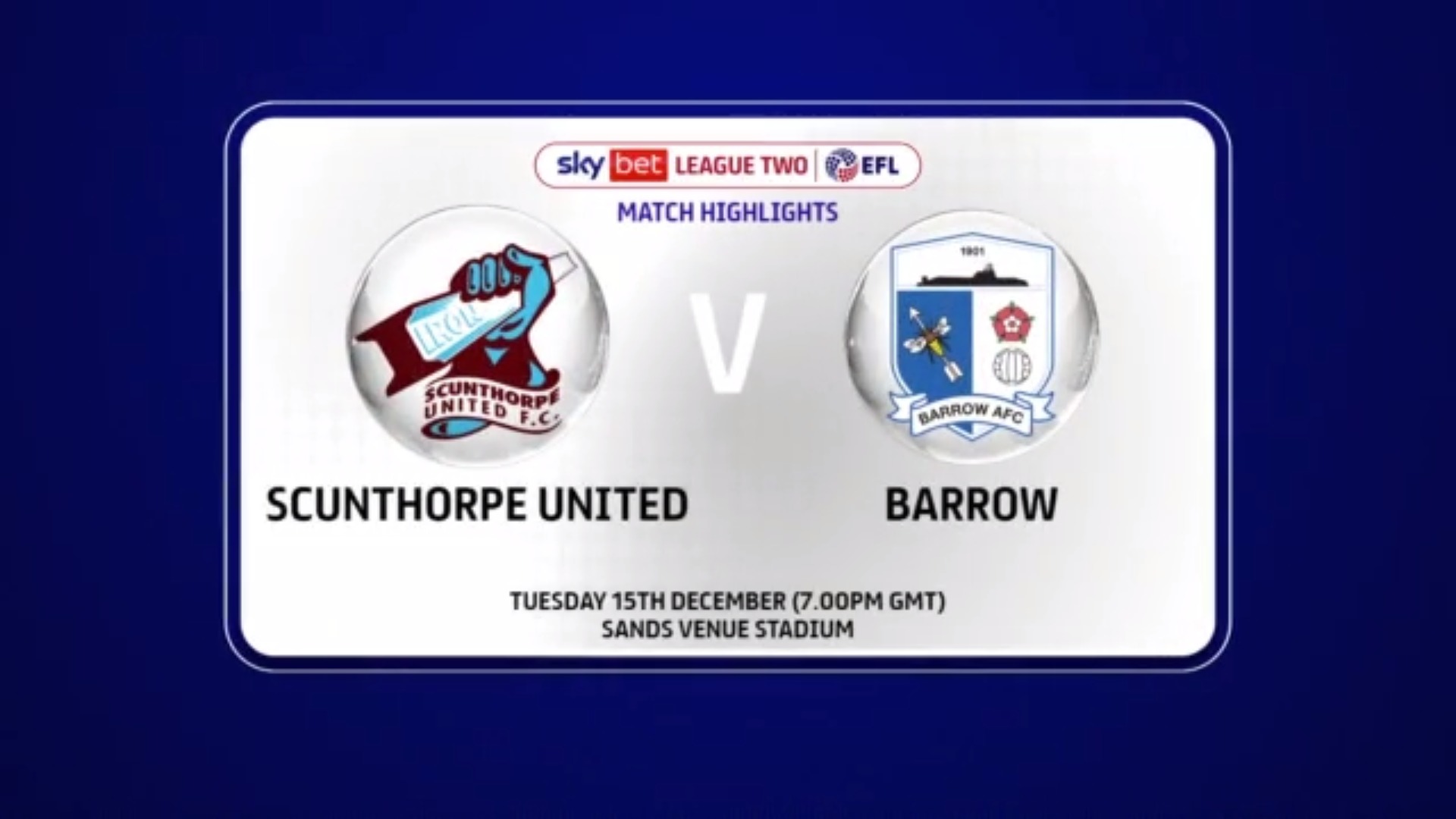 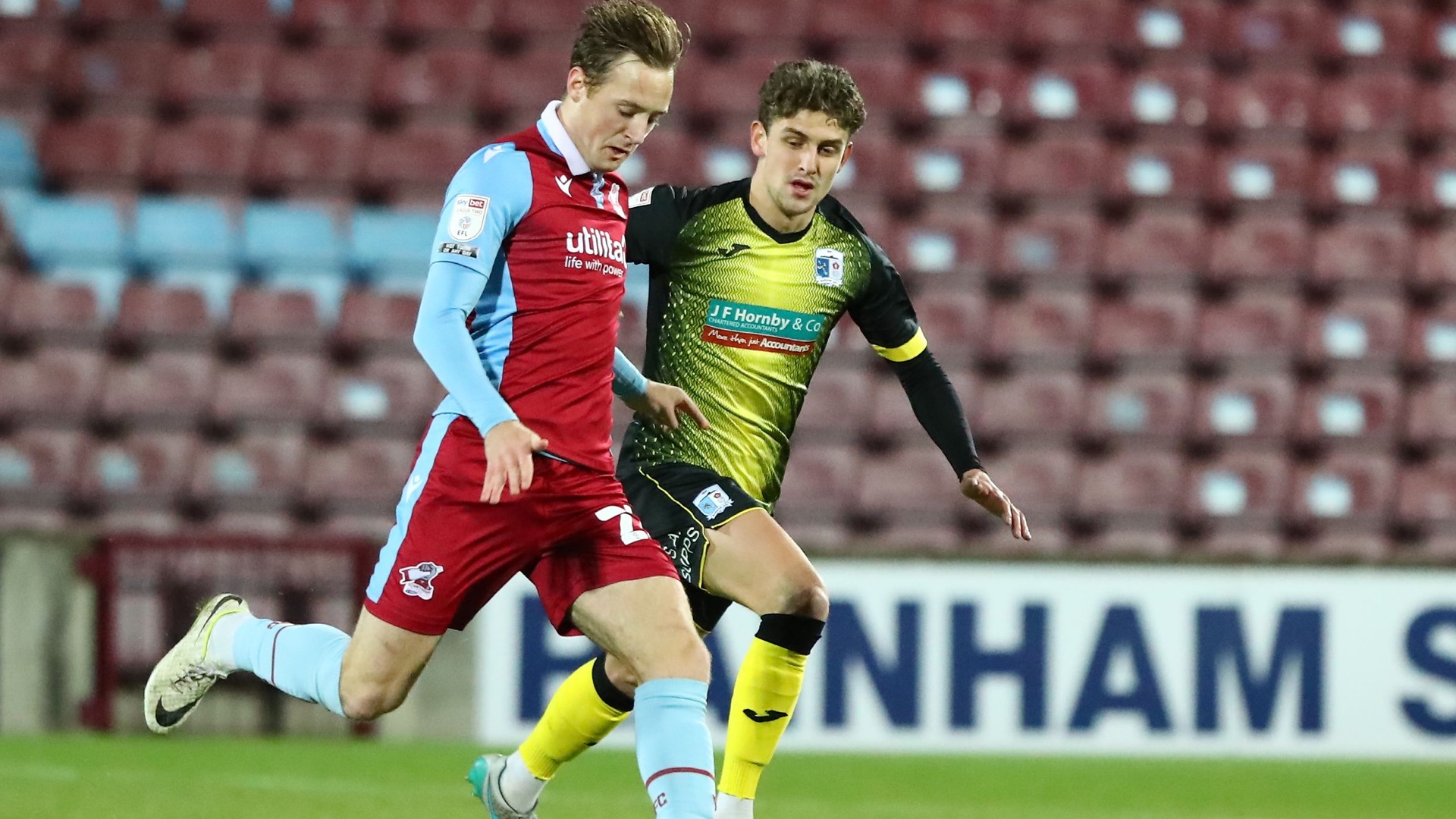