The Iron play their penultimate away game of the season on Tuesday night, when they make the trip to take on Newport County (6.30pm kick-off).

iFollow passes on sale now for Newport v the Iron

United enter the match at Rodney Parade looking to arrest a run of four straight defeats and to get a victory which would mathematically clinch League Two survival with two games still to go.

A win would also see the Iron climb above 21st-placed Colchester and into 20th position.

Jordan Clarke looks set to miss the rest of the season with a knee injury picked up at Forest Green last weekend, which forced him to withdraw after 20 minutes.

Harrison McGahey returned to the starting XI at Forest Green and missed out at Mansfield and against Walsall through a quad issue, which will continue to be assessed.

Jai Rowe picked up an eye injury at the weekend, which will be assessed again on Tuesday morning.

Left-back Junior Brown is out with a hamstring injury that forced him off against Bradford City and attacker Jordan Hallam is out with the hamstring problem which he suffered against Oldham Athletic in March. Elsewhere, Olufela Olomola's season looks to be over after he suffered a medial ligament injury.

Newport County sit seventh in the table and, with teams breathing down their necks, need a victory in their game in hand to bolster their League Two play-off hopes. They could climb a place with victory.

Michael Flynn's side drew 0-0 at fellow promotion hopefuls Exeter City on Saturday and were 2-0 victors over Crawley Town at home last weekend.

Tristan Abrahams and Padraig Amond are joint top scorers with eight goals apiece, while Scott Twine has scored seven goals and set up a further seven.

Defender Mickey Demetriou tops the appearance tables with 42 to his name, while Josh Sheehan follows on 40.

The two sides drew 1-1 at the Sands Venue Stadium on the opening day of the League Two season, with Ryan Loft scoring a spectacular second-half goal.

The Iron were defeated 2-1 in both games last season. 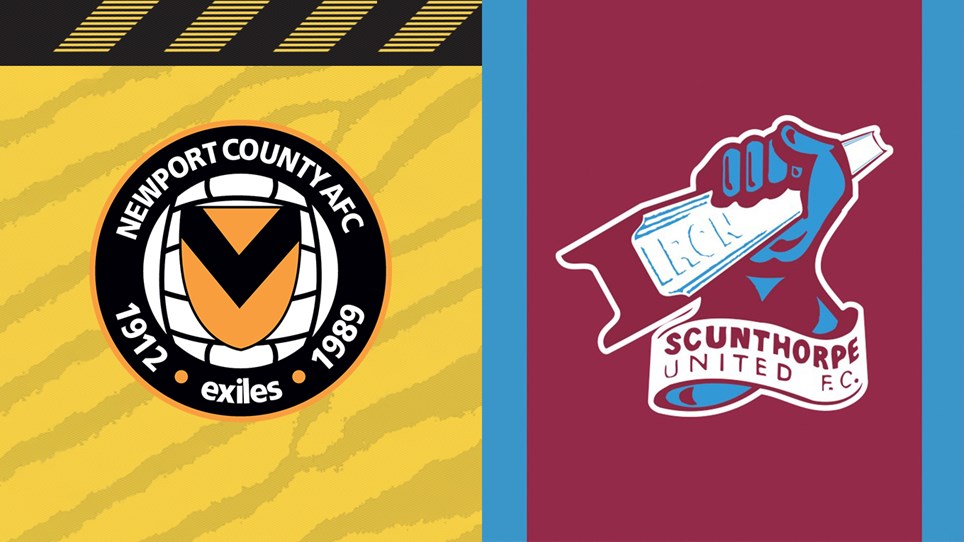 Newport County away clash pushed back a month to April 27th


The Iron's away league clash at Newport County has been pushed back by one month following at least three international call-ups in the Exiles camp.

United were beaten 4-0 at Newport County on Tuesday night.

With a minute gone, Ryan Loft controlled a clearance and looked to send Eisa through on the overlap, but the attacker’s run had already progressed beyond the pass. He then closed down home goalkeeper Tom King's clearance.

Alfie Beestin was fouled in the fourth minute, with the referee playing a good advantage as Eisa came away with possession. He was dispossessed on the edge of the box just as he shaped to shoot.

The first chance of the game came three minutes later when a Newport corner was played short and was eventually worked to Jason Demetriou on the edge of the box. His first-time left-footed shot curled over the bar for a goal kick.

With 13 minutes gone, Howe latched onto a loose ball on the right following an aerial challenge involving Loft. He beat Ryan Haynes and squeezed in a cross, but King gathered the ball.

In the 18th minute, Alex Gilliead looked to play in behind the back four with Howe making an overlapping run after Bedeau recycled his own throw-in. Howe looked to have won a corner, but was penalised for a foul on Haynes.

Bedeau then twice headed away in the area as Aaron Lewis sent in a long throw from the left before a cross came looping in.

Soon after, Howe worked a throw to Gilliead before receiving the ball back to cross. The ball was cleared as far as Karacan, who controlled and shot, with his goal bound effort blocked by a defender.

With 29 minutes gone though, the hosts took the lead following a cross from the left side which was headed into his own net by George Taft as he attempted to clear.

Then, five minutes later, Mickey Demetriou connected to a Newport corner from the right to head into the far corner of the net.

On 39 minutes, there was a third for Newport as Lewis Collins diverted the ball into the back of the net from close range.

Four minutes into the second period, Loft headed behind Josh Sheehan’s free-kick into the area for a corner, with Scot Bennett winning the header from that set-piece, as the effort went over the bar.

With 54 minutes played, Howe latched onto the ball following a throw-in and saw his cross turned behind for a corner. Mason O’Malley’s set-play was sent into the six yard box and took a touch off a Newport player for another corner.

Emmanuel Onariase connected to Gilliead’s subsequent corner, sending his header over the crossbar.

After 58 minutes, Beestin strode down the left channel, beat his man and curled in a cross. Loft connected with a header on goal, with King saving the effort.

Four minutes later, Labadie had a go from 35 yards and saw his effort fly wide of the target.

Gilliead seized on a loose pass in the 65th minute to drive into space before hitting a low shot from outside the box which King got down to save.

There was a double Scunthorpe change soon after as Green and van Veen came on for Eisa and Loft.

Newport substitute Nicky Maynard went through on goal in the 79th minute, as the offside flag stayed down, with his lob bouncing just before the goal line, hitting the bar and going over.

Soon after, at the other end, Beestin sent an effort just over the crossbar after the ball dropped to him on the left side of the area.

With five minutes left, the hosts added a fourth when Demetriou headed home following a free-kick from the right.

On 88 minutes, van Veen took aim with a free-kick from the left, bending the effort towards goal, with the ball hitting the top of the net.

There were four minutes of added time, with the one final chance of note coming the way of Green, who fizzed a low effort from the edge of the area that King tipped away at his bottom right-hand post.

United return to action on Saturday when they make the trip to take on Bradford City (3pm kick-off).

Newport County away clash pushed back a month to April 27th


The Iron's away league clash at Newport County has been pushed back by one month following at least three international call-ups in the Exiles camp. 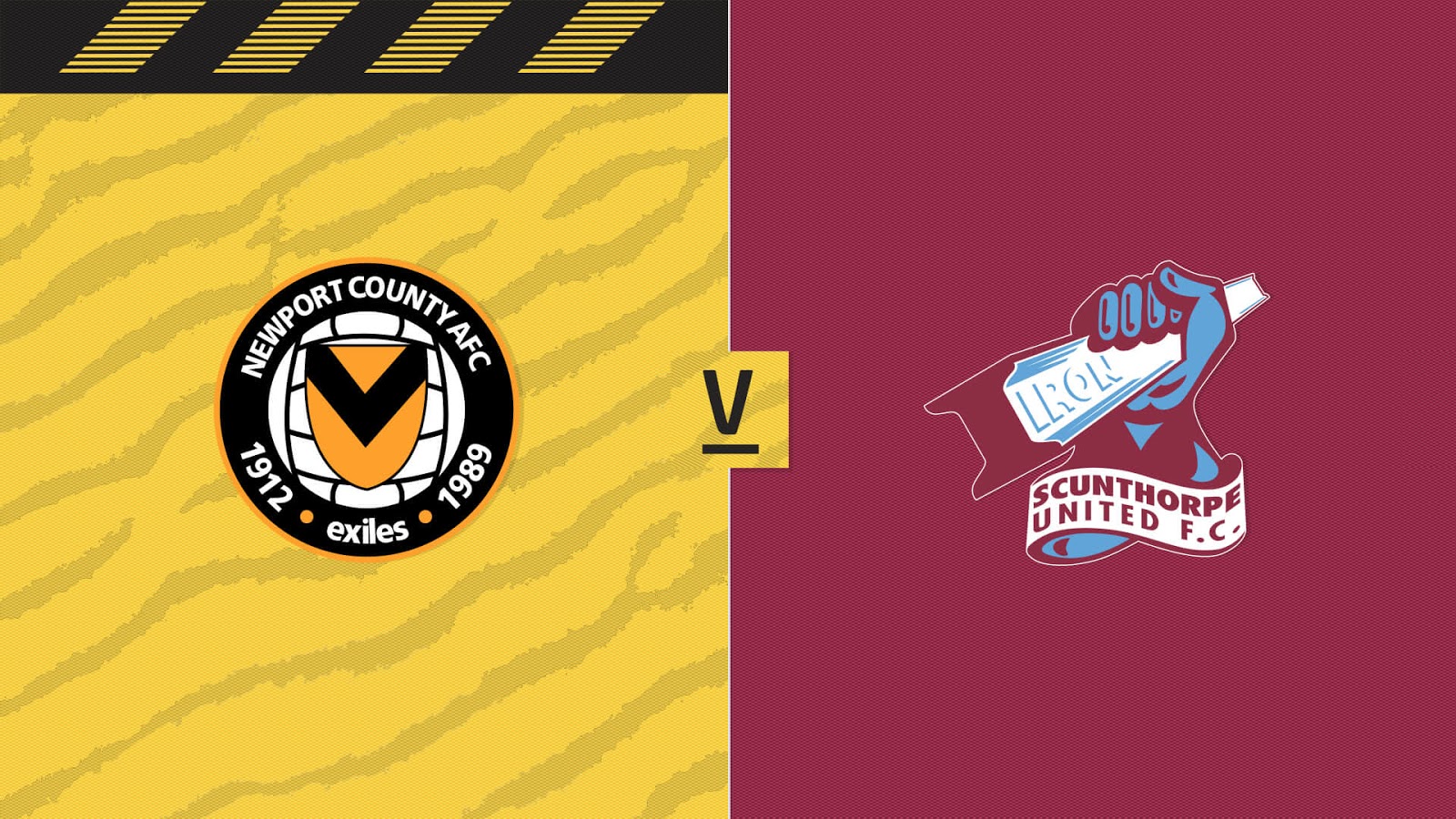 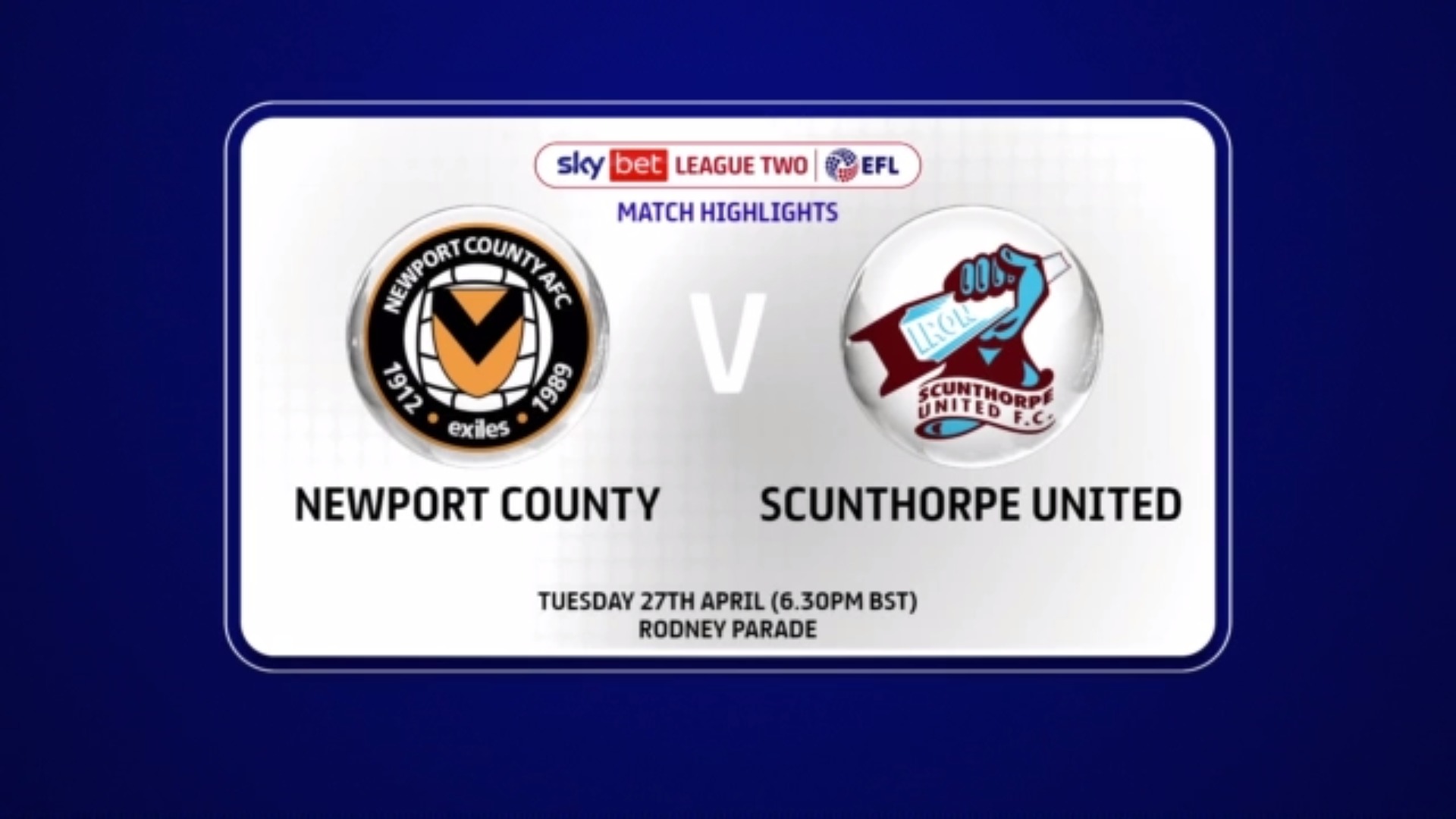 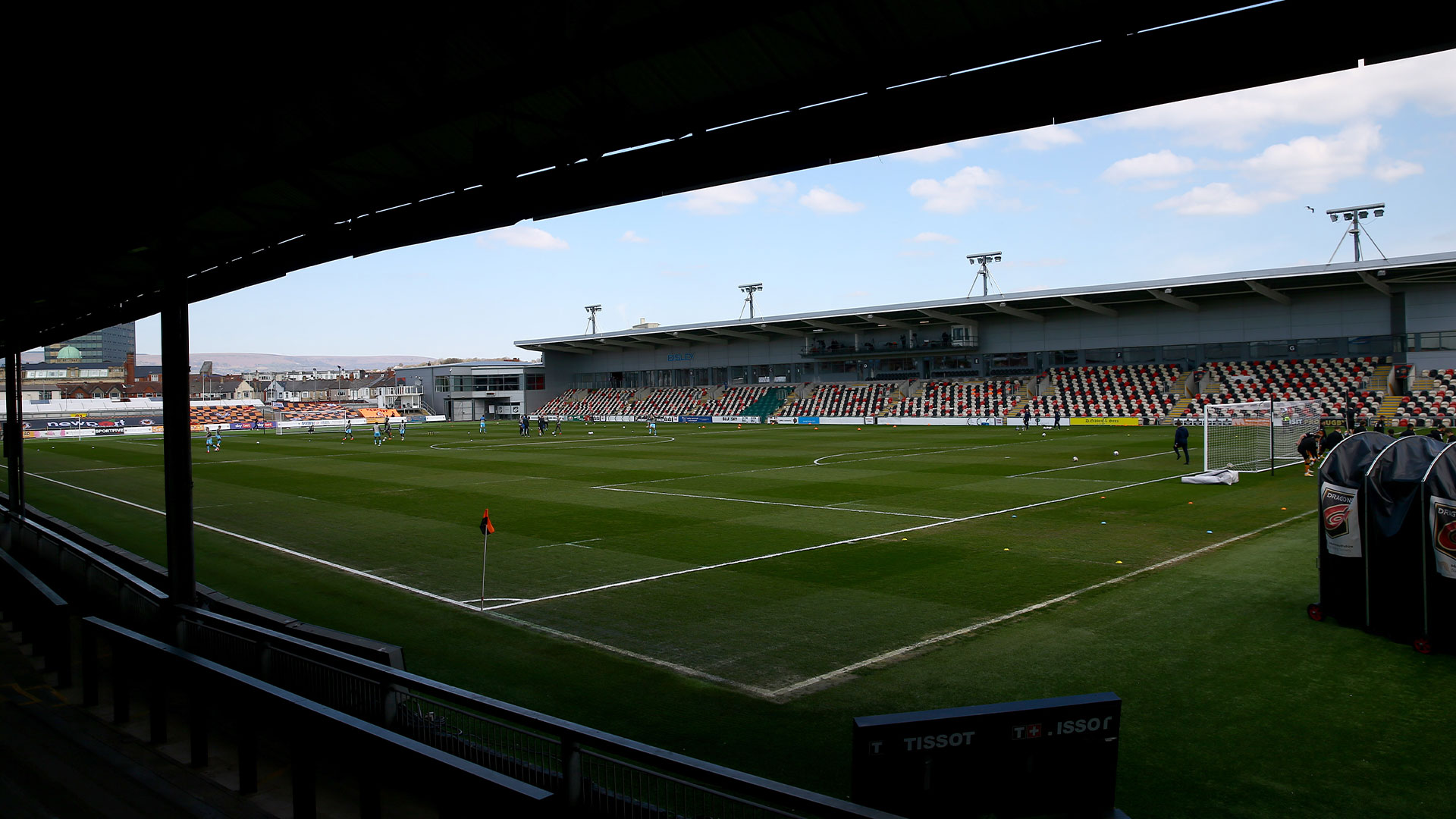