The Iron fought back from 2-0 down to earn a point against Oldham Athletic, courtesy of second-half goals from Matthew Lund and Kevin van Veen.

In the first minute, the Latics had the opening chance of the game through Johan Branger. Chris Eagles lofted a ball to the back post for Branger, but he chested down and volleyed over from close range.

Seven minutes later, the Iron had an opportunity of their own. Following a swift counter attack involving Jamie Proctor and Kevin van Veen, the latter switched the ball to Eisa who cut inside, but his shot was blocked for a corner, which was later cleared.

United came very close to breaking the deadlock in the 15th minute, Abo Eisa found himself in behind the Oldham back line and ready to pull the trigger, but David Wheater’s expertly timed last ditch tackle kept the scores level.

Shortly after, the Iron came forward again, as Proctor drove at the heart of the Latics’ defence. The striker laid it off to van Veen, who then checked onto his right before curling an effort just over the crossbar.

A couple of minutes later, Alex Gilliead aimed a corner at Yann Songo’o, and the towering midfielder headed the ball back across goal towards Junior Brown, who glanced narrowly wide.

Just before the half-hour mark, the Iron had a free-kick from deep which eventually found its way to Songo’o. The midfielder teed up van Veen, but the Dutchman’s outside-of-the-boot shot was gathered well by Woods in the Oldham goal.

In the 36th minute, van Veen picked up a loose ball in the Iron’s half, before charging forward and searching for Eisa in a one-on-one situation, but away ‘keeper Woods was quick off his line to put an end to the attack.

Shortly before half-time, van Veen was upended on the edge of the away side’s box, and the striker's resulting free-kick curled narrowly beyond the near post. Moments later, Gilliead fired just over from an angle, after good work inside the box from James Perch.

The first real chance of the second half looked to fall to the away side, but as a dangerous cross came in from the right, Perch did brilliantly to hack clear after competing with Filipe Morais to get to the ball first.

In the 56th minute, Abo Eisa intercepted a cross-field ball and drove towards the Oldham box, but the winger was brought down 25-yards from goal.

Van Veen stepped up and curled an almost perfect free-kick off the inside of the post, and back across the face of goal, but the away side subsequently cleared.

Four minutes later, there were huge shouts for a penalty for the Iron, but referee Darren Drysdale waved the claims away. Eisa floated a ball to Gilliead at the back post, the latter headed back across the six-yard box for van Veen who was bundled over, but there was nothing given.

Although, in the 62nd minute it was the Latics who broke the deadlock, courtesy of Christopher Missilou. After a break down the left side, the midfielder slotted the ball beyond Rory Watson.

Soon after, the away side doubled their lead through Johan Branger. The Latics player picked the ball up on the edge of the box, and fired a low strike down the middle of the goal.

The Iron were quick to reply to the goals though, halving the deficit in the 68th minute thanks to Matthew Lund. The central midfielder fired a half-volley past Woods at the near post - on his weaker left foot - after finding space on the left side of the 18-yard area.

Five minutes later, the Iron were pushing for an equaliser, and it was Gilliead on the right wing who delivered a cross to substitute Ryan Colclough, but the winger’s header just evaded the target.

After more pressure, United levelled the scores at 2-2 thanks to a bullet strike from van Veen in the 77th minute. The striker found himself near the corner flag on the left side, he beat his man cutting inside, and rifled a low shot into the back of the net.

The Iron’s domination continued moments after the equaliser, this time in search of a winner, Gilliead was pushed over right on the verge of the Oldham box, and despite claims for a penalty, United were awarded a free-kick which was eventually cleared.

Up the other end of the pitch, in the 82nd minute, Brown acrobatically cleared the ball off his line, hacking clear an almost certain goal.

Two minutes later, Colclough had possession on the left wing and proceeded to carry the ball past two men in orange shirts, before seeing his shot deflected inches wide of the far post.

In the 87th minute, the chances kept coming for the Iron. Colclough stood over a free-kick near the by-line, and the winger found Proctor on the edge of the box, but the latter’s powerful drive whistled past the right post.

Save money by purchasing your Iron v Oldham Athletic tickets in advance! Tickets are on sale now for the home clash. 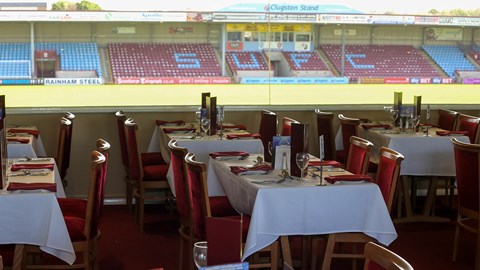 Dine in our restaurant before Oldham encounter

Our Early Bird Price Rates have been frozen for the sixth season in succession, and supporters can buy at these prices until the ticket office closes at 5pm on Monday, September 16th, and also until three hours before kick-off online via our ticketing website (www.sufctickets.com). Matchday prices then apply.

United's encounter against the Latics is a Category B fixture. 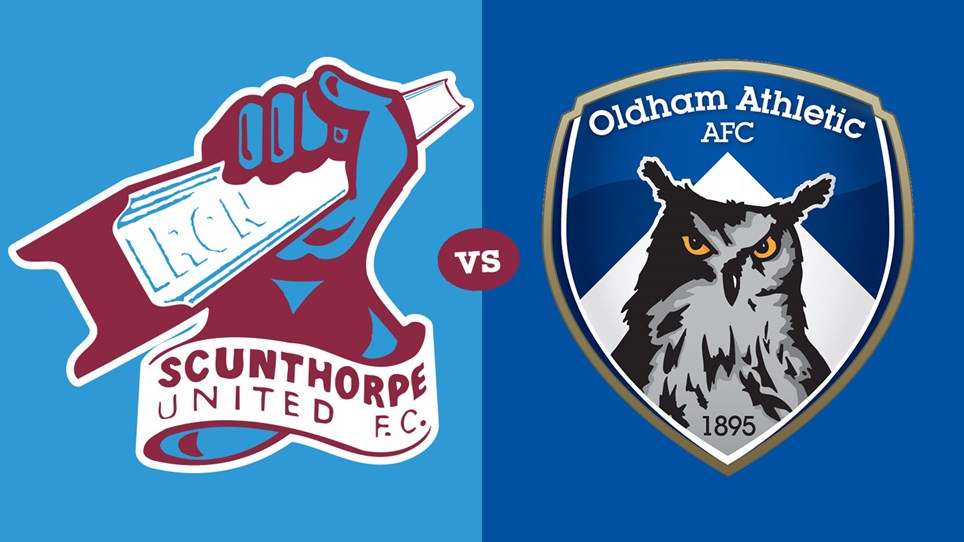 
Save money by purchasing your Iron v Oldham Athletic tickets in advance! Tickets are on sale now for the home clash.