The Iron head into Saturday’s league clash with Port Vale looking for back-to-back victories after collecting their first away league win since January last weekend.

The 2-0 triumph at Leyton Orient stretched run to four league games unbeaten, while the side will be looking to make it nine games without defeat at the Sands Venue Stadium.

Last time out at home, the Iron convincingly overhauled League One side Sunderland to make it through to the knockout stages of the Leasing.com Trophy, while their last league outing on home soil ended goalless against Stevenage.

Port Vale are also in good form and come into the match off the back of four straight victories in league and cup, most recently reacting to going a goal down inside the opening minute to beat Carlisle United 2-1 last weekend.

The Valiants are seven unbeaten in all competitions and have won their last three games on the road.

Manager Paul Hurst confirmed in his pre-match press conference Coventry City loanee Junior Brown will miss two-to-three weeks of action following a thigh injury which saw him miss out last weekend. Kgosi Ntlhe (groin) made a timely return to the line-up and looks set to continue in the left-back position.

Also missing from the game is Ryan Colclough who has ruled himself out after missing much of the week through illness.

Yann Songo'o (dislocated toe), Jamie Ward (hamstring), Levi Sutton (hand) and Jordan Hallam (hamstring) all continue to miss out, although Hurst expects the majority of his injured group to be back on grass running next week.

Ward and Hallam both have outside chances of making the Leasing.com Trophy encounter at Blackpool next Wednesday, if they continue to make progress. The next league game against Forest Green Rovers on December 7th will be the target for the remaining players and the aforementioned duo should they not make the cup match.

Elsewhere, Regan Slater (ankle) remains absent, while George Miller (quad strain) has been back with the group for a week and is in contention for the encounter.

This fixture dates back to January 1953 when the two sides met at the Old Show Ground for the very first time.

Both sides clashed semi-regularly in the 1970s and 1980s before a change in direction between the two sides in terms of divisions in 1985-86 meant the team wouldn't meet again for two decades.

That next meeting would be in 2005 at Glanford Park with the home team running out comfortable 2-0 winners - Richard Hinds and Andy Keogh getting the goals. That would be the first of six meetings at United's new stadium, with Vale yet to take three points. Scunthorpe have won five of those encounters, including the latest one back in January 2017.

The Iron came from behind, through goals from Kevin van Veen and Kgosi Ntlhe, to defeat Port Vale 2-1 at the Sands Venue Stadium on Saturday.

The away side started the match eager to grab an early goal. Cristian Montano proved dangerous in the box only seven minutes in as he advanced into the middle of the 20-yard area before his shot went wide of the right post.

The Iron were not rattled by this early advance from Port Vale, with Abo Eisa pushing forward through a counter-attack not long after. Then, Jordan Clarke was taken down outside the 20-yard box for a free-kick which was then headed clear after van Veen crossed it in.

James Perch then tried to net the first goal of the game 20 minutes in with a long-range strike which went flying past the left post and into the away fans.

Just a minute later, Eisa found the Iron’s closest chance - hitting the post after Lee Novak passed it down the right wing where Eisa was waiting on the edge of the 20-yard box.

Soon after, Harrison McGahey blocked a David Amoo shot after David Worrall crossed the ball into the home side’s box from a free kick.

The away team were the first to grab a goal after David Worrall’s low ball was received in the box by Taylor, who then shot past a diving Jake Eastwood into the right-hand corner.

The Iron didn’t take long to get a goal back though. Seven minutes from time, McGahey’s run down the wing set van Veen up to effortlessly receive a pass into the box before firing it straight into the back of the net and levelling things up.

Van Veen then came close again just before the break after an Iron set piece saw his shot float over the wall, with Scott Brown only just getting his fingertips to it before clearing it over the crossbar, leaving things level going into the break.

The Iron came out instantly stronger, starting the second half with a van Veen chip into Alex Gilliead that was headed off the line by the defending team.

A strong Iron attack then led to a second goal in the 52nd minute. A van Veen corner was crossed into a highly defended box where Kgosi Ntlhe netted his first goal for the club from close range and gave the Iron the lead.

Just after the hour mark, Eisa’s lone run into the 20-yard box and subsequent shot was narrowly blocked by Brown’s shin, stopping the Iron from getting a third goal.

The Iron kept pushing the away side, continuing to make chances throughout the half. Van Veen’s cross into the box span high to Gillead, who then headed it on-target, with Brown only just managing to block it.

Matthew Lund tried for a third six minutes from time, receiving a ball from Eisa deep in the box. His shot was then deflected wide of the left post, stopping the home side from clinching their third goal.

Despite Port Vale continuing to try and clinch another goal to bring things level they were unsuccessful, lacking the chances they needed.

The Iron walked off at full-time with the three points, just as an incident broke out as referee James Oldham blew the whistle, leading to Worrall and Lund both being red carded.

Save money by purchasing your Iron v Port Vale tickets in advance! Tickets are on sale now for the home clash. 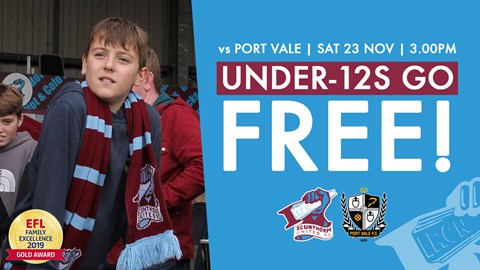 Our Early Bird Price Rates have been frozen for the sixth season in succession, and supporters can buy at these prices until the ticket office closes at 5pm on Friday, November 22nd, and also until three hours before kick-off online via our ticketing website (www.sufctickets.com). Matchday prices then apply.

United's encounter against the Valiants is a Category B fixture. 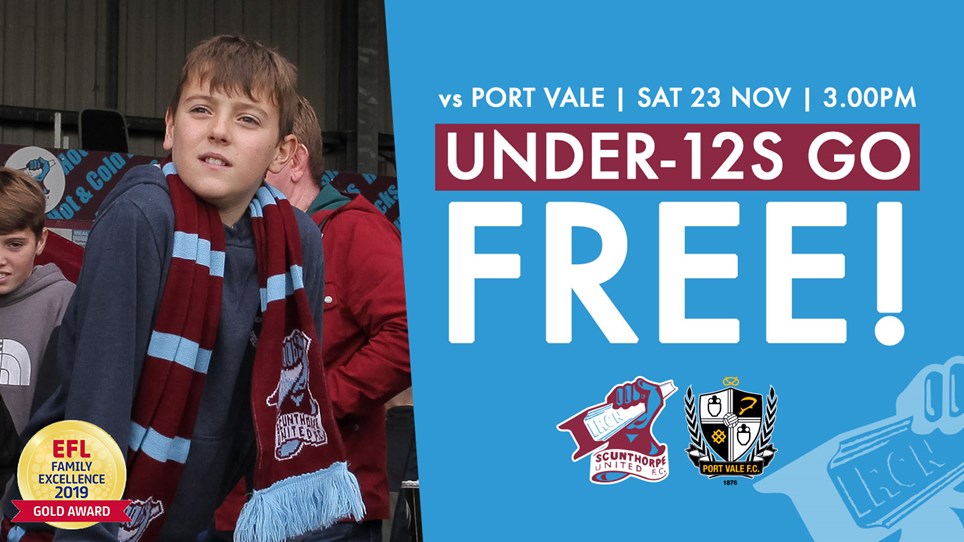 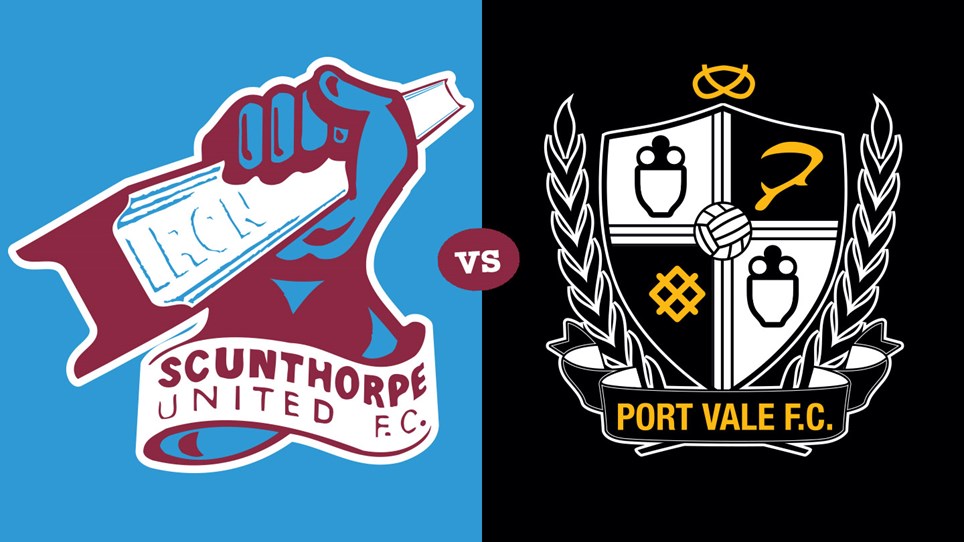 Get tickets at advance rates for Iron v Port Vale


Save money by purchasing your Iron v Port Vale tickets in advance! Tickets are on sale now for the home clash.