The Iron make another quick return to action, with Plymouth Argyle the visitors to the Sands Venue Stadium on Saturday (3pm kick-off).

Scunthorpe come into the match after bouncing back from two straight league defeats to take maximum points at Oldham Athletic on New Year's Day. Goals from Abo Eisa and Matthew Lund coupled with a clean sheet at the other end got United back up to 12th in the table.

Plymouth will be looking to bounce back from their New Year's Day defeat at home to Swindon Town, where Eoin Doyle netted the winner in what was his 23rd league goal of the campaign. Prior to that, they'd enjoyed three straight wins in the league.

Manager Paul Hurst had a surprise return in Kgosi Ntlhe on Wednesday as his hamstring injury wasn't as serious as first feared, with his return cut from six weeks to just one.

Elsewhere, goalkeeper Jake Eastwood also came back into the starting eleven at Oldham following two games out with a groin injury, with both coming through the fixture at Boundary Park.

Abo Eisa (dead leg) and John McAtee were both highlighted as potential knocks following the game at Oldham, but after assessment, both are available for the weekend.

Kevin van Veen missed out on New Year's Day through the illness which curtailed his appearance at Crewe last Sunday, but the Dutchman has been back in the building towards the latter part of the week with the manager leaving it late to see whether he can be involved in the squad.

Jordan Clarke has been back in training following a quad injury, but manager Paul Hurst says it would be "a big ask" to be in contention for this game.

The Iron have won five of their last eight meetings with the Pilgrims, dating back to the era when both clubs were in the Championship.

The two clubs most recent clash came at Home Park back in October when the points were shared in a 2-2 draw. The Iron lead through Alex Gilliead before two Will Aimson goals put the hosts in pole position before Abo Eisa netted with his first touch of the ball in stoppage time to rescue a point.

The Iron suffered defeat at the hands of Plymouth Argyle, despite Kevin van Veen’s second half goal.

United looked to come forward in the opening exchanges of the game, after Gilliead’s turn left a defender on the floor. The winger then slipped a throughball into Novak on the by-line, but the frontman’s cutback was gathered by Palmer in the Pilgrims goal.

In the eighth minute, Eisa’s trickery down the left wing earned the Iron a corner. After an initial Argyle clearance, the ball found its way back to the taker, Gilliead, who found Novak once again, and the striker's shot on the swivel crept narrowly passed the post.

Four minutes later, the Pilgrims opened the scoring with their first attack of the game in the 12th minute. Mayor’s sweeping cross from the left found the boot of Luke Jephcott, and the number 31 duly slotted past Eastwood.

Paul Hurst’s side looked to respond to the setback, through Gilliead driving through the middle of the pitch at Plymouth’s back-line. The aforementioned found Novak out on the right, and his ball to Eisa at the back post looked to be inch perfect, but a combination of Cooper and Wootton prevented the wide-man from converting.

Shortly after, in the 20th minute, Sarcevic was very lucky to get away with only a yellow card, after his two-footed lunge on Sutton looked a painful one, but the Iron man was okay to continue.

Ten minutes later, there was a quiet period where neither side really dominated proceedings, Eisa looked to get the Iron back on track with a fierce low delivery across the face of goal, and luckily for the away side, club captain Sawyer was there to hack clear and avert the danger.

In the 37th minute, Novak teed up Lund on the edge of the box, and just as the midfielder looked set to pull the trigger, former Iron defender Niall Canavan slid in to block with perfect timing. The ball then fell to Ntlhe, who lashed an effort wide of the post.

The Iron continued to apply the pressure before the break, as Lund found himself out wide on the right, crossing for Eisa at the back post, but a nudge from a Plymouth defender was just enough to put the winger off, and the Pilgrims cleared.

In the 43rd minute, a triangle of passes on the edge of the box involving Lund, Gilliead and Novak saw the latter eventually fire an low strike towards the bottom left corner, but Palmer did well to get down quickly and hold the attempt.

The away side were the quickest of the two teams out the blocks after half-time, doubling their lead through Byron Moore, as the forward fired his effort past Eastwood with pace, in the 50th minute.

Seven minutes later -  with 57 on the clock - the Pilgrims further extended their advantage after a poacher's goal from Luke Jephcott, pouncing inside the box, to notch his second goal of the game.

In the 64th minute, the Iron won a corner on the right. Susbtitute van Veen delivered the ball into the box, which was met by the head of McArdle, but his header was held well by Palmer.

Moments later though, in the 65th minute, there was no stopping van Veen, as the number 10 charged beyond the last man, held off Canavan, and slotted beyond Palmer into the bottom left corner, to reduce the arrears

Shortly after that, the Iron were in the ascendancy. Gilliead’s floated, clipped cross to the back post searched for Eisa, but Wootton headed away. From the resulting corner, van Veen rattled the crossbar directly from the set piece.

In the 74th minute, the Iron were denied a spot-kick, despite a hand in the Plymouth box following Gilliead’s delivery, which was met by Lund’s goal-bound header.

Two minutes later, the pressure continued to pile on the away side, as the Iron came down the left through Eisa. His deflected ball in found Novak, who chested down for van Veen, but his volley whistled narrowly passed the far post. Moments after, van Veen’s corner found the volley of Brown, who once again missed the target by inches.

With 83 minutes on the clock, the Iron were unfortunate not to have more. Not long after, Brown whipped a ferocious, in-swinging free-kick towards Palmer in the Plymouth goal, but after it was met by a head in a crowd of bodies, the Pilgrims’ number 24 held on.

Four minutes later, the away side almost sealed it after Edwards got in behind the Iron rear-guard and inside the box, but he blazed over his opportunity.

Despite a plethora of second half chances, the Iron couldn’t claw back the result, in a match that ended in jubilation for the travelling Argyle fans.

Save money by purchasing your Iron v Plymouth Argyle tickets in advance! Tickets are on sale now for the home clash.

Our Early Bird Price Rates have been frozen for the sixth season in succession, and supporters can buy at these prices until the ticket office closes at 5pm on Friday, January 3rd, and also until three hours before kick-off online via our ticketing website (www.sufctickets.com). Matchday prices then apply.

United's encounter against the Pilgrims is a Category B fixture.

Saturday, January 4th - 9am-3pm (also open for a short period of time after the Plymouth game) 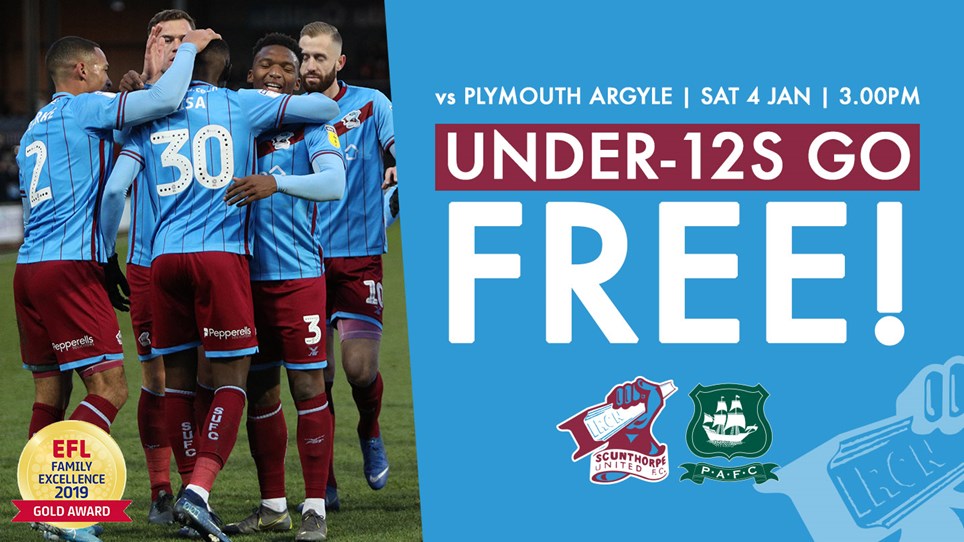 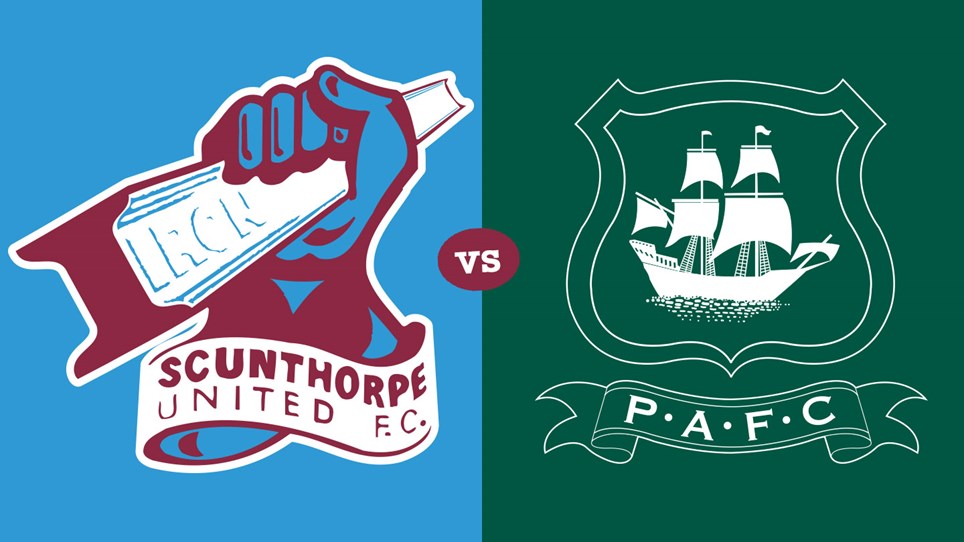 
Save money by purchasing your Iron v Plymouth Argyle tickets in advance! Tickets are on sale now for the home clash.