The Iron are in home action for the third time inside a week this Saturday when Newport County visit the Sands Venue Stadium (3pm kick-off).

After a home league defeat to Plymouth Argyle, Scunthorpe made five changes to the starting line-up for the Leasing.com Trophy third round game against Manchester City U21s on Wednesday night.

Three first-half goals helped United to a 3-1 home win over the Sky Blues, with Kevin van Veen (two) and Matthew Lund on target.

Newport’s last league game was on New Year’s Day, when they drew 1-1 at home to Cheltenham Town. They were also in Leasing.com Trophy action in midweek, defeating MK Dons 3-0 to reach the quarter-finals like the Iron.

Coming into the clash, they sit 15th in League Two, one place and a point behind Scunthorpe, but have three games in hand.

Kevin van Veen has been declared a "major doubt" by manager Paul Hurst after coming off with a dead leg against Man City on Wednesday.

Rory McArdle is also a doubt after missing the midweek match through illness. Abo Eisa has recovered from a knock picked up in the closing stages of that game, however.

Alex Gilliead is struggling with a chest infection and could potentially miss the game.

The Iron were defeated 2-1 away at Newport County earlier this season, with Mark O’Brien converting James Perch’s cross into the net for the Scunthorpe goal.

THIS WEEKEND’S OTHER LEAGUE TWO FIXTURES

United were defeated 2-1 at home to Newport County on Saturday afternoon.

They took a first-half lead through Abo Eisa, only for Jamille Matt to level midway through the second-half. Lee Novak was then shown a straight red card, and from the resulting free-kick Padraig Amond connected to win it for Newport.

Within seconds of play commencing, United had half a chance when Matthew Lund seized upon a loose ball outside of the box. However, the odds were never particularly in his favour, and he half-volleyed over with no other real options on the cards.

With three minutes on the clock, there was then a momentary pause in play when Kgosi Ntlhe was the victim of a late challenge in the middle of the park. Thankfully, after treatment, he was back on his feet and able to continue.

Newport then enjoyed their first foray forward of the afternoon with around ten minutes played. From the right the ball was tossed in for Padraig Amond, but the hopeful cross cleared his head comfortably.

With the game ebbing and flowing, United had a similar chance of their own a few moments later when Harrison McGahey’s ball in was caught up in the wind - finding a somewhat surprised Novak at the near-post. Unbeknownst to him he had space, but couldn’t quite find the target with his looping header.

Novak was involved in the next positive United passage of play too, when he flicked into the path of Eisa just inside the area. The Iron winger then side-stepped the first defender but found his shot blocked by the second.

By this point, Scunthorpe were growing into the game, and Brown and Eisa combined well to nearly edge them into the lead. But after some neat interplay in the area, Eisa’s prodded shot was pushed behind by Tom King. Andy Butler connected with the resulting corner at the far-post, but King was again in the right place at the right time.

Largely against the run-of-play, Ryan Inniss then connected at the back-post with a corner for the yellow shirts of Newport and very nearly gave them the lead. However, Matthew Lund - stationed on the line - read his intentions and was able to ease clear.

After half an hour, it was still 0-0. That was partly due to County’s Ryan Haynes, who curled one over after finding space thirty-yards out - and largely because of the metaphorical tug of war going on for control of the match in midfield.

Yet brilliantly - just as a scoreless interval began to seem likely - Abo Eisa brought light to proceedings. After receiving the ball parallel to goal about twenty-yards out, he made space for a shot and found the far top-corner of the net - giving Scunthorpe the lead in style with just under forty minutes played.

Soon enough, the clock reached 45 minutes, and after four minutes of injury time - which actually turned into seven (when Newport manager Michael Flynn had to be shown a yellow card) the referee blew to signal the break.

At the re-start, United immediately signalled their intent to try and claim a second goal. The ball was knocked to Ntlhe at left-back, who pumped into the box where Newport were able to scramble clear.

Yet Scunthorpe struggled to build on that in the following minutes, and the game settled back into a battle for control of the midfield. It was not until the fifty-fifth minute that anything even slightly resembling a chance came around again.

And when it did, it fell to former-Grimsby striker Padraig Amond. He latched onto a loose ball in the box and managed to hook the ball past Watson - only for the Iron to clear on the line through McGahey.

Shortly afterwards, Newport made the first change of the afternoon. Mark O’Brien was withdrawn, with Jamie Matt - a target man by trade - introduced to try and give the visitors a different dimension in attack.

The alteration didn’t have any immediate impact. Indeed, the game continued to stutter and stop-start, with both teams struggling to put either goalkeeper under pressure. In the seventieth minute, the ball fell to McAtee after a couple of neat exchanges in the final-third, but his effort was always rising and ultimately cleared the bar from eighteen yards.

However, when a chance did come Jamille Matt’s way, the striker made no mistake. Seventy-two minutes were on the clock when Watson made a close-range save, but Matt showed great awareness to pounce upon the rebound and stab home the leveller.

Things didn’t exactly improve for Scunthorpe three minutes later when they were first reduced to ten men and then fell behind in the space of just a few seconds.

Firstly, Novak was shown a straight red following an off-the-ball altercation in the middle of the park. The visitors - wind now firmly in their sails - were duly awarded a free-kick which was played deep into the box. There, Padraig Amond managed to get something on it - enough on it - to swing the match in County’s favour.

In response, Paul Hurst made an attacking change to his pack. Junior Brown, who had been struggling earlier on, was replaced by Ryan Colclough. It was a change clearly designed to try and give United a little bit more directness when nearing goal.

Yet, despite pushing forward and trying to take something from the game, it was always going to be hard for Scunthorpe to salvage even a point with their numerical disadvantage. Ten minutes again became five minutes, and despite having the ball deep inside the Welsh team’s half, the Iron struggled to get any shots at their goal.

As the match entered injury time, Scunthorpe committed players forward and launched the ball into the box on several occasions. But, try as they might, it wasn’t to be. The ball never fell, the chance never came.

Save money by purchasing your Iron v Newport County tickets in advance! Tickets are on sale now for the home clash.

Our Early Bird Price Rates have been frozen for the sixth season in succession, and supporters can buy at these prices until the ticket office closes at 5pm on Friday, January 10th, and also until three hours before kick-off online via our ticketing website (www.sufctickets.com). Matchday prices then apply.

United's encounter against the Exiles is a Category B fixture. 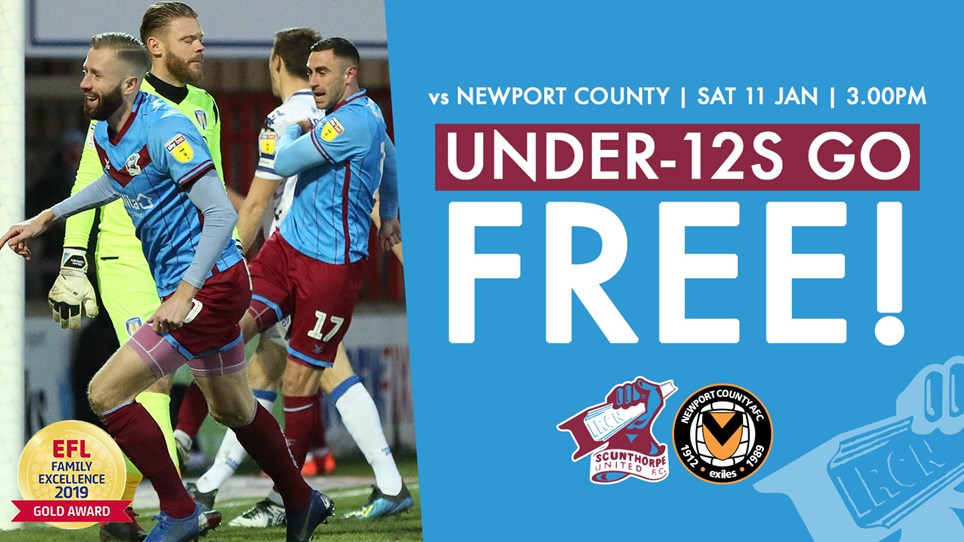 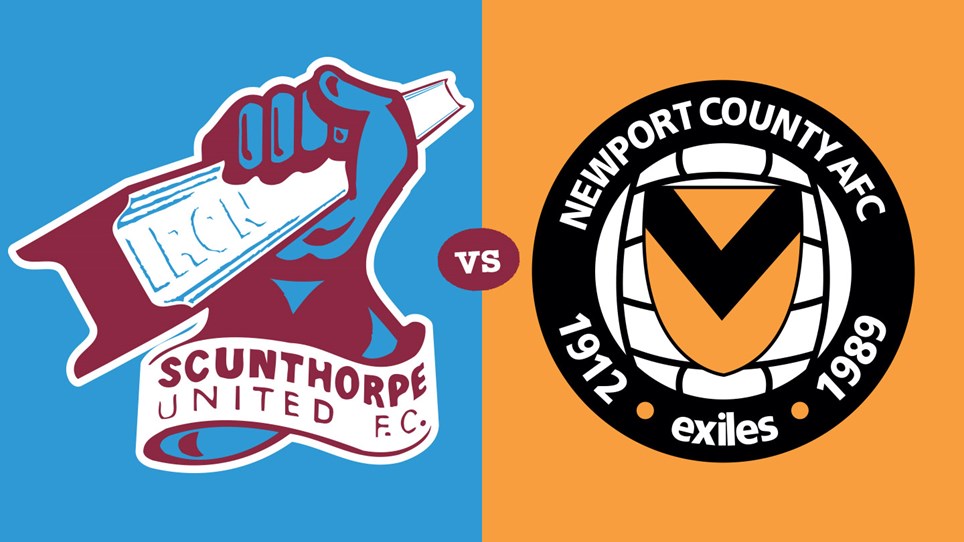 
Save money by purchasing your Iron v Newport County tickets in advance! Tickets are on sale now for the home clash.