The Iron are in midweek League Two action when they face Northampton Town at the PTS Academy Stadium on Tuesday night. 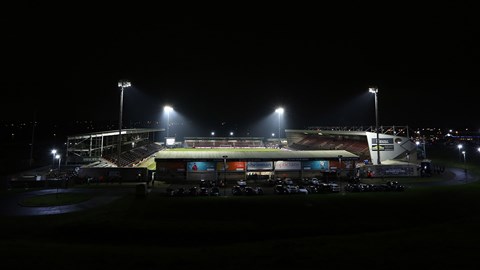 Scunthorpe come into the match with the Cobblers on the back of a hard-fought 2-2 home draw against high-flying Crewe Alexandra at the weekend.

Jacob Bedeau headed in the first goal of his professional career to put Scunthorpe ahead, before the away side hit back to equalise and then go ahead in the second period. Scunthorpe weren’t done though, and levelled through a spectacular effort from Kevin van Veen.

The Cobblers were in FA Cup fourth round action on Friday night, drawing 0-0 at home to Championship side Derby County and forcing a replay at Pride Park.

Their last league game was last Tuesday evening when they drew 1-1 away at Leyton Orient, in a game that saw Ryan Watson score before Scott Wharton was sent off late on.

Scunthorpe come into the match sitting 15th, but could climb to 11th if results go their way. Meanwhile, Keith Curle’s Northampton sit sixth in the table.

Manager Paul Hurst has ruled out on-loan defender Junior Brown, who is set to miss the next couple of weeks with a medial ligament injury.

Elsewhere, the game will come too soon for Rory McArdle (hamstring) and Lee Novak (ankle), the latter of who misses out through the final game of a three-match suspension anyway. Both could be available for the trip to Crawley at the weekend.

Yann Songo'o (knee) could receive some game time in the Under-23s against Hull City next Monday should he get through training this week.

The Iron were 3-0 victors in our last game against the Cobblers, with Lee Novak scoring twice and Kevin van Veen striking spectacularly against his former club.

Playing with ten men for a large portion of the match following Kevin van Veen’s red card, the Iron were beaten 3-0 at high-flying Northampton Town on Tuesday night.

There was a vital first touch in an Iron shirt for Ian Lawlor during the opening minute as he was alert to throw himself at the ball as the hosts almost stole in.

With five minutes played, there was a chance for the Iron as John McAtee dummied to sell his marker and put him out of position. van Veen then played Abo Eisa down the left before he drove down the left, cut onto his right foot and saw a low effort saved.

The hosts took the lead in the seventh minute as Vadaine Oliver matched the run of a floated ball into the area from the right to send the ball into the corner of the net.

With ten minutes gone, the hosts came again with a Charlie Goode long throw, but the Iron headed away before James Perch and Jordan Gabriel tidied up on the right channel.

The Cobblers came forward again in the 14th minute and played the ball neatly towards the right side before Nicky Adams crossed into the box, but just a little too high for a forward to meet it.

On 16 minutes, there was a quick break from the Iron as Jacob Bedeau found McAtee to drive into space. He spotted Eisa down the left, who beat the full-back and smashed in a low cross. Goode cleared with the ball looping to Perch, who volleyed wide.

Eisa and McAtee combined down the left with pace in the 24th minute, with the latter squeezing in a low cross which didn’t quite reach van Veen. The hosts then cleared.

Three minutes later, the Cobblers got some space down the left after a couple of neat passes before a deep cross came in, met by the volley of Andy Williams, but the ball sailed over.

With half an hour gone, the Iron won a corner as Lawlor found Eisa in acres of space to drive forward, cut onto his left, and saw his cross turned behind.

From the subsequent set-piece, there was a big penalty shout for the Iron as Lund was pulled back a yard from goal as the ball floated into the area and looped high into the air. Nothing was given, but United did then get another corner.

Both Perch and David Cornell went up for the following corner, with the ball ricocheting wide, but a goal kick given on this occasion.

Soon after, van Veen was slipped through down the right before he looked to play to McAtee who ran square unmarked but for a sliding intervention to thwart the pass.

van Veen was then shown a straight red card from the referee for pushing Charlie Goode in the 36th minute, leaving the Iron to battle on with ten men for the rest of the game.

The referee awarded a free-kick to Northampton following an aerial challenge. Goode reacted to van Veen and there was nothing more than handbags, but Sam Purkiss showed his first EFL red card.

With 41 minutes gone, John McAtee was replaced by George Miller up front.

Shortly after that, Goode threw himself on the floor as Miller knocked the ball around him and looked to have won the race, only for the Cobblers skipper to block off his run and go down.

On 44 minutes, Paul Anderson sent a curling volley wide of the target after the hosts initially hit the post following a header from Goode.

The Iron started the second-half well, with Eisa picking up possession and driving at the defence on 47 minutes, getting inside the box before his left-footed effort was blocked.

Soon after, Goode controlled inside his own penalty area with a number of the travelling Iron fans shouting for handball but nothing was given.

With 49 minutes on the clock, Eisa drove again, this time cutting onto his right foot before pulling the trigger. The effort was blocked, with Miller then flagged offside as he searched for the rebound.

The 51st minute saw Lawlor drawn into a smart save as he denied Nicky Adams with a powerful low volley from an acute angle. Adams tried to control for a rebound but the ball went out for a goal kick.

A minute later, there was good play from the Iron as Alex Gilliead came forward and found a pocket of space. The move saw Gabriel chest down a cross from the left before Perch sent a half-volley wide.

The 54th minute saw the best chance of the game for the Iron to date. Perch had a goal bound volley blocked after good work from Gabriel, before the Nottingham Forest loanee had a left-footed volley himself, with Miller touching the ball slightly, but not able to turn on target.

On 60 minutes, McGahey headed back into the area after Gilliead’s corner was cleared. Perch teed up Bedeau, who controlled and volleyed, with Cornell getting down low to his left to save.

With 62 minutes gone, the hosts broke and got a second through Oliver. Andy Butler initially did well to block his square ball across the area, but Oliver was able to squeeze in a half-volley into the net.

The home side have made it three from the penalty spot, with Sam Hoskins slotting home in the 72nd minute.

The penalty came after Scunthorpe lost possession and an attacker broke, with Harrison McGahey bringing him down in the box.

On 74 minutes, Scunthorpe won a free-kick on the edge of the area, which Eisa bent around the wall but saw saved by Cornell.

Soon after, there was a lengthy delay as Jordan Gabriel and the home side’s Joe Martin received treatment following an aerial collision.

With 83 minutes on the clock, Eisa received the ball on the right before turning, driving forward and striking an effort over the crossbar.

Three minutes later, Hoskins’ drilled free-kick took a complete change of direction when deflecting off the wall, but Lawlor changed his path and saved the effort.

With a minute left, Miller was fed the ball and held up well before threading to Gilliead, who saw his 25-yard effort blocked. Eisa then fired a drive from the edge of the area over the crossbar.

During the eight minutes of stoppage time, Eisa came close with a sweetly struck effort, with Cornell scrambling across goal, but it went just wide.

There was then a superb save from Cornell to preserve his clean sheet as Gabriel drove and let fly across goal. His effort looked destined for the top corner, but for the touch.

Fans can pay on the night for the Iron's League Two trip to face Northampton Town, which takes place on Tuesday, January 28th (7.45pm kick-off).

Tickets for the game are now OFF SALE from the Sands Venue Stadium.

PAY ON THE DAY: Matchday prices can be seen below. It will be cash only at the away end portacabin.

Official coach travel is still on sale, costing £15 members and £17 non-members. Departure times are 3.00pm from the Hornsby bus depot, 3.05pm from Ashby Broadway, 3.15pm from the Museum and Baths Hall, and 3.30pm from the Sands Venue Stadium. Travel must be purchased in advance from our ticket office or online via www.sufctickets.com. 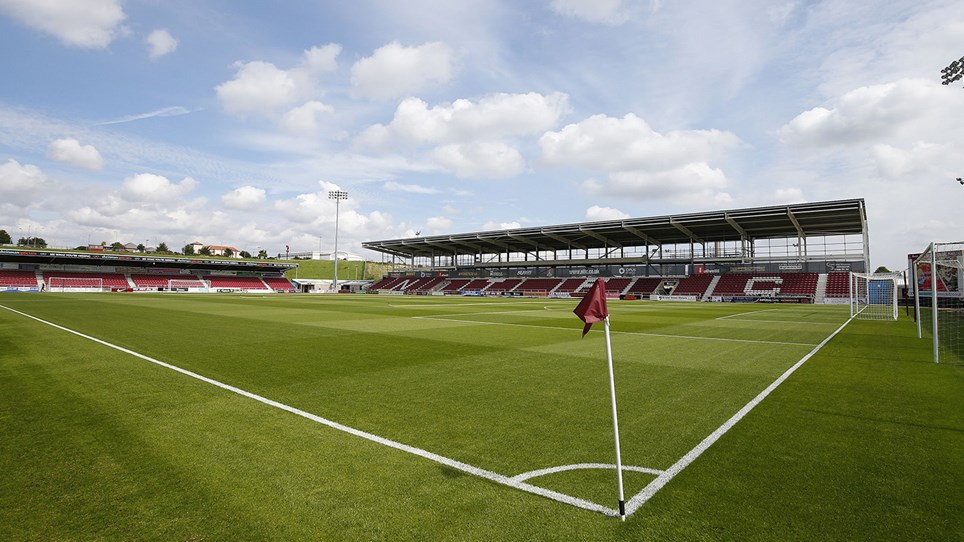 Northampton away tickets go on sale


Tickets and travel are on sale for the Iron's League Two trip to face Northampton Town, which takes place on Tuesday, January 28th (7.45pm kick-off).