United, who have won six of their last nine games and are placed 15th in Sky Bet League One, will be hoping to bounce back from last weekend’s 1-0 loss at Gillingham in the derby clash.

They were defeated by a long range effort from Mark Byrne in the first-half and then struggled to get back into the game after that goal.

Meanwhile, Rovers, who are in the play-off positions, were in FA Cup action on Sunday, losing 2-0 to Premier League side Crystal Palace.

Lee Novak returns to contention after being rested against Gillingham following a knock in the match versus Accrington a week prior.

Meanwhile, James Perch is also back after serving a two-match suspension following ten bookings this season.

Matthew Lund had a clean-up operation on the knee problem which has plagued him for the last two months this week and faces six weeks out.

Elsewhere, Josh Morris faces a further few weeks out with a fractured fibula and strained ankle ligaments. Jordan Clarke is out for two more months (knee), while Ryan Colclough (knee) is out for the remainder of the season. Rory Watson (arm) also looks likely to be out for the rest of the season following surgery last week.

Cameron Borthwick-Jackson will be out for a further few weeks with cartilage damage sustained in the recent victory over Fleetwood Town.

The two sides have met twice already this season with Doncaster winning on both occasions.

Stephen Humphrys scored a late consolation goal for the Iron in the 2-1 Carabao Cup defeat at the beginning of the season, before Doncaster won the league match 3-0 in December.

Doncaster’s dangerman is striker John Marquis, who has scored 22 goals this in 39 appearances.

After joining the Yorkshire club in 2016, the 26-year-old has found the back of the net 63 times in a Doncaster shirt in 138 games.

Prior to signing for Doncaster, Marquis had eight loan spells away from Millwall.

The Iron came back from a goal behind to draw 1-1 with local rivals Doncaster Rovers in Sky Bet League One on Saturday lunchtime at Glanford Park.

Kyle Wootton notched a header midway through the second half to score his third of the season, and secure a point for United, after Malik Wilks opened the scoring for Doncaster.

Manager Stuart McCall made two changes to the team that were defeated by Gillingham last weekend. Lee Novak returned from a knock sustained in the win against Accrington, and he replaced Kevin van Veen in the starting eleven. Elsewhere, Adam Hammill also came into the side, in place of Tom Pearce.

After an end-to-end start, the game settled down with ten minutes on the clock. Levi Sutton had the first real opportunity of the game, when he fired a shot over the crossbar from distance after Harrison McGahey teed him up nicely on the edge of the area.

Jak Alnwick then had to be alert a few minutes later at the other end, when Danny Andrew whipped in a dangerous free-kick from the left, before he was called into action again when Ali Crawford’s long-range effort landed straight into his hands.

However, with 25 minutes gone, Doncaster did find themselves in the lead. Wilks was the man to score it, after his low left-footed strike inside the area nestled into the bottom corner.

Wootton then almost levelled the score moments after the Iron fell behind, when Adam Hammill delivered a deep cross to the back post, but his headed effort was saved by Marko Marosi.

Just before half-time, Wootton again looked dangerous, and he had another headed effort at goal, as he tried to loop the ball over Marosi into the far post, but the goalkeeper backtracked across his line to claw the shot away, which kept his side in the lead going into the break.

As the game restarted for the second half, Doncaster came out attacking, John Marquis laid the ball off to Herbie Kane central to the goal, but Cameron Burgess threw his body in the way to deflect the shot.

Wilks then almost added to his tally, but his close-range strike cannoned back of the post, before the ball was sent back in, and Marquis steered his effort over the bar.

The Iron then made their first change, bringing on Olufela Olomola, in place of George Thomas.

With an hour on the clock, Scunthorpe steamed forward in a quick counter attack, which led to Doncaster committing a foul down the left flank. Tony McMahon whipped the free-kick in, and McArdle met it, but Marosi dived to his left to parry the header out.

From the resulting set play, there was a scramble in the area, before Wootton got his toe to the ball, however, he poked his effort wide.

Then, the Iron were finally rewarded for their second half pressure when Wootton powerfully nodded a McMahon cross into the net on 69 minutes, after initial great awareness from Sutton to take a free-kick quickly.

Heading into the last ten minutes, Doncaster tried to restore their lead, as substitute Danny Rowe charged up the pitch. He attempted to curl his shot into the far corner after cutting inside on his right-foot, but Alnwick had it covered.

As for the Iron, they weren’t settling for a point either. Hammill set Olomola free down the right, he then whipped a first time cross in for Wootton, who acrobatically connected with it, but his effort dropped wide of the target.

In the second substitution for Scunthorpe, James Perch then replaced Hammill for the remaining five minutes.

Burgess then had a long-range effort from the edge of the area gathered by Marosi, before Olomola dragged another shot wide not long after.

With four minutes added on at the end of normal time, neither side could find a decisive winner, with the game ending all square at 1-1. Up next for the Iron is a trip to Oxford United next Saturday.

Save money by purchasing your Iron v Doncaster Rovers tickets in advance! Tickets are on sale now! 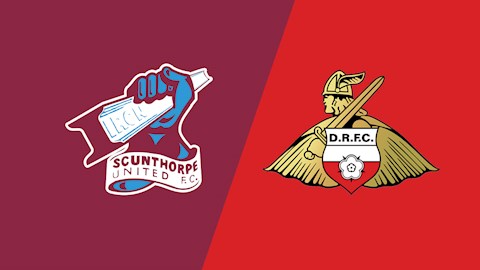 Our Early Bird Price Rates have been frozen for the fifth season in succession, and supporters can buy at these prices until the ticket office closes at 5pm on Friday, February 22nd, and also until three hours before kick-off online via our ticketing website (www.sufctickets.com). Matchday prices then apply.

United's encounter against Rovers is a Category A fixture.

Saturday, February 23rd - 9am until 1pm (also open for a short period of time after the Doncaster game) 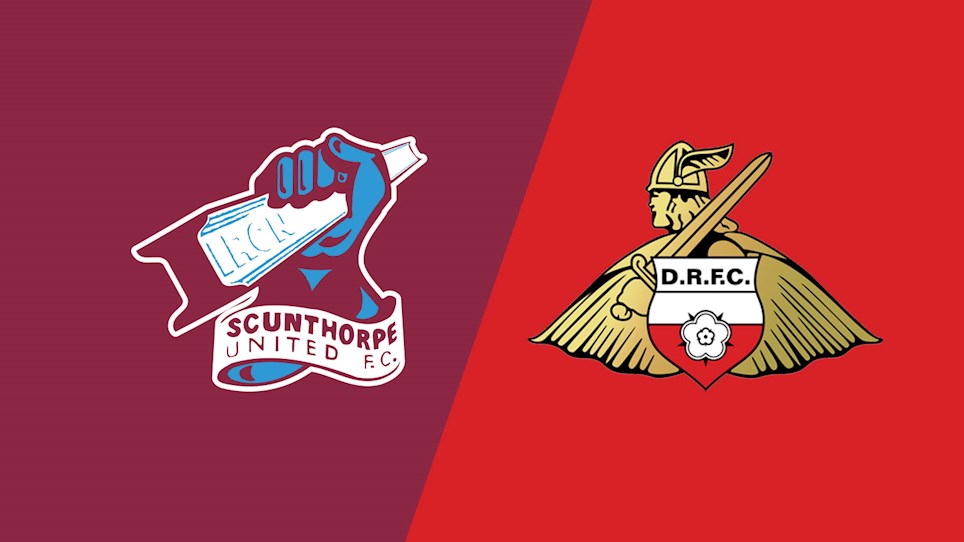 Doncaster Rovers tickets on sale now! Save money and time by buying in advance


Save money by purchasing your Iron v Doncaster Rovers tickets in advance! Tickets are on sale now!