The Iron will be back in Sky Bet League One action at Glanford Park this Saturday when Barnsley make the visit from South Yorkshire (kick-off 3.00pm).

United will be looking to bounce back from Wednesday night’s home defeat against Fleetwood Town.

Meanwhile, the Tykes, who were relegated from the Championship last term, have started this campaign strongly having won three of their first four games, remaining unbeaten and yet to concede a league goal.

Striker Stephen Humphrys came off with a tight hamstring in the second-half against Fleetwood and he will be assessed before this weekend’s game.

Both Funso Ojo and Cameron Borthwick-Jackson made a return to the starting eleven during the week, having both been out injured.

However, goalkeeper Matt Gilks (knee) remains a long-term absentee for the Iron.

The Iron drew 0-0 with Barnsley in the last meeting between the two sides in March 2016.

In the same season, United came out victorious at Glanford Park, winning 2-0. The goals were scored by Tom Hopper and Gary McSheffrey.

Striker Kieffer Moore bagged a hat-trick in Barnsley’s last outing against Rochdale, meaning that he is a player the Iron need to watch out for.

The former Ipswich man joined Oakwell in January this year after an eye-catching half-season on loan at Rotherham United.

He netted 13 league goals in 22 games for the Millers and has since scored seven goals for his new club.

The Iron drew 2-2 with Barnsley on Saturday.

Josh Morris converted from the penalty spot for United in the first half before Cameron Burgess headed into the net to double the advantage early in the second period. However, the away side hit back with two goals in quick succession to level the scoreline and a share of the spoils at Glanford Park.

Caretaker manager Andy Dawson made two changes from the side that was defeated by Fleetwood on Wednesday. Matthew Lund and Lee Novak came back into the team, replacing Cameron Borthwick-Jackson and Stephen Humphrys.

The visitors got the game started and an early shot from George Moncur inside five minutes forced Rory Watson into his first save of the day. The midfielder picked up the ball on the edge of the area and curled his shot towards goal, but Watson held on comfortably.

It was an end-to-end start to the match and, in the eighth minute, the Iron were rewarded a penalty when Andy Dales was brought down in the area following a quick Scunthorpe counter-attack.

The midfielder gathered the ball in the middle of the pitch after a nice lay-off from Lee Novak, before he raced down the left and cut into the box. Dimitri Cavare got the wrong side of Dales, fouling him and left the referee with no choice but to award Scunthorpe a penalty.

Morris took the spot-kick and made no mistake to score his first goal of the season. He placed the ball perfectly into the bottom left corner and out of the reach of Adam Davies in the Barnsley goal - who guessed the right way but couldn’t quite get there on the full stretch.

Shortly after, United looked to attack again when they won a free-kick out wide on the right. Josh Morris took it and the well worked set-piece found George Thomas on the outside of the box, but the attacker couldn’t keep his shot down and it sailed over the crossbar.

Barnsley looked to hit back sharply. First, Moncur had another sighter on target with his left foot in the 21st minute but it was straight into the grasp of the Watson in the Scunthorpe goal. Then, minutes later, Kenny Dougall drilled an effort towards goal, but the goalkeeper was alert once again and got down well to smartly tip the ball around the post.

Kieffer Moore was then picked out in the area following a cross from the left. However, the in-form striker couldn’t direct his header on target and the ball looped over the bar.

Just before the interval, the away side won a free-kick on the right-hand side that was whipped towards the back post. Brad Potts won the header, but Watson safely gathered the ball. That proved to be the last chance of the half as the Iron headed into the half-time break with a one nil advantage following an impressive first 45 minutes.

As the second half got underway, United made a fast start once again and were rewarded in the 51st minute when Burgess thundered a header into the back of the net to double the Iron’s lead.

Morris was bundled to the ground on the left-hand side after he beat his marker. Thomas delivered the free-kick into the area, which perfectly picked out the centre-back who rose highest to head the ball home.

However, Barnsley hit back shortly after the restart. 60 minutes in and Moore pulled one back for the visitors. The ball was crossed into the box from the right and Moore connected with his head to score past Watson.

After 69 minutes, the away side levelled the game through Cavare, who made up for the penalty he conceded in the first half. He gathered possession on the edge of the area from a throw-in on the far side before he cut inside and curled his effort into the top corner.

The visitors continued to attack but Watson denied them a goal in the 71st minute with a fantastic double save to keep the scoreline level. Potts hit the ball from distance, with Watson getting down low to save before Moore followed up with a shot that the keeper managed to deflect behind for a corner.

However, during the save, Watson appeared to have picked up an injury and had to be replaced by substitute goalkeeper Jonathan Flatt, who came on for his Iron debut in front of the Glanford Park crowd.

Barnsley looked to test Flatt but Potts could only fire his ball over the bar before Moore headed past the post for the visitors as the game headed into the final ten minutes.

Matthew Lund then had an excellent chance to put United in front when a brilliant ball found him on the run in behind the Barnsley back-line. However, the midfielder couldn’t direct his shot on target and blazed high and wide of the goal.

Both sides searched for a winner but neither could find the decisive goal as the game ended 2-2 with a share of the points.

Save money by purchasing your Iron v Barnsley tickets in advance! Tickets are on sale now!

Our Early Bird Price Rates have been frozen for the fifth season in succession, and supporters can buy at these prices until the ticket office closes on Friday, August 24th at 5pm, and also until three hours before kick-off online via our ticketing website (www.sufctickets.com). Matchday prices then apply.

Iron fans using Turnstile 2A and 2B of the Britcon Stand can pay on the gate, as can those using Turnstile 4A of the Clugston Stand. Please note, matchday prices will apply.

United's encounter against the Tykes is a Category A fixture. 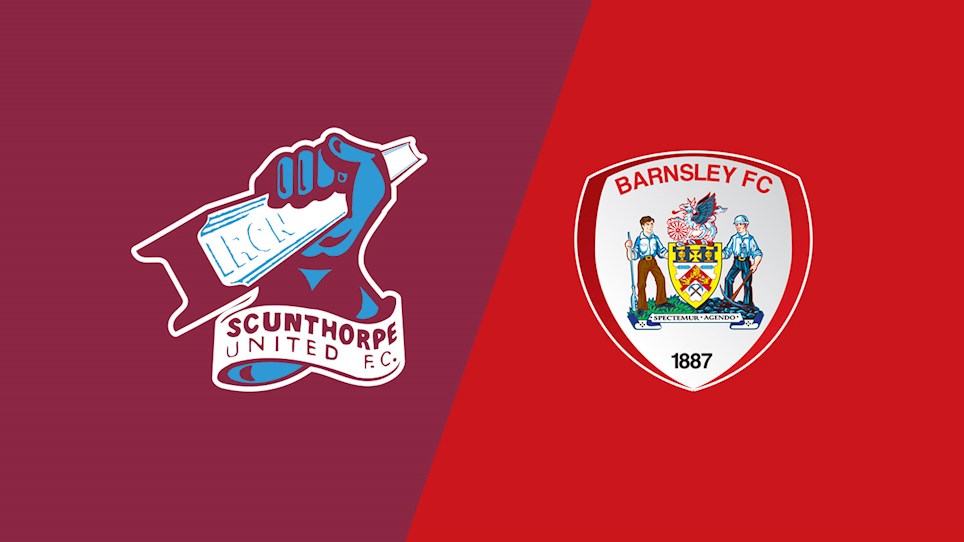 Advance saving! Save by buying your Iron v Barnsley tickets in advance


Save money by purchasing your Iron v Barnsley tickets in advance! Tickets are on sale now!