The Iron are back on their travels when they face Doncaster Rovers in a local derby clash on Sunday (kick-off 3.00pm).

Graham Alexander’s men will be looking to bounce back and record a victory after losing for the first time in the league this season (1-0 against Blackburn Rovers) on Tuesday night.

In the table, United are placed 11th while the opponents are in 16th, having not won in their last five games.

TEAM NEWS…
Following his substitution on Tuesday night, Graham Alexander is hoping Levi Sutton will be in contention to play this Sunday. The 21-year-old went off injured after landing awkwardly on the back of his neck and shoulders, but is not suffering from concussion.

Jonathon Margetts and Luke Williams are still a few weeks away from returning to the squad. In his pre-match interview, Alexander confirmed that they are taking it slowly on the duo to avoid any repeat injuries.

Andrew Crofts is also not expected to be involved, as he continues his recovery from an ankle injury picked up in training.

PAST MEETINGS…
The two sides last met in March 2016, with the Iron getting a 2-0 victory at Glanford Park. Striker Tom Hopper and defender David Mirfin were both on the scoresheet in that game.

In the same season, Scunthorpe were victorious again beating Doncaster 1-0 at the Keepmoat Stadium, through a Paddy Madden goal.

ONE TO WATCH…
Doncaster striker John Marquis was a major reason why they bounced straight back into the third tier of English football, following automatic promotion from League Two.

Marquis scored 25 goals last season after joining on a permanent deal from Millwall.

The 25-year-old has three league goals to his name this season and will be looking to increase that tally versus the Iron.

The Iron were victorious in their derby game against Doncaster Rovers on Sunday winning 1-0. 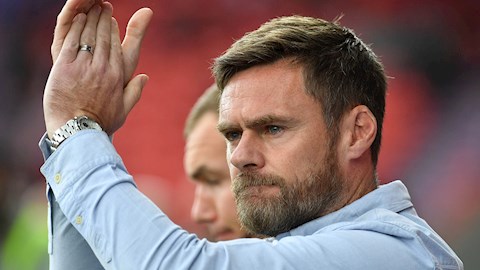 Alexander on an excellent win at Doncaster

Graham Alexander made one change to the side that lost 1-0 to Blackburn Rovers as Jordan Clarke returned to the side to replace Levi Sutton.

Lee Novak gave the Iron that all-important goal with a headed effort from a corner. Josh Morris sent an in-swinging ball into the centre of the box and the new signing connected perfectly with it to send the ball into the back of the net for his first goal in claret and blue.

Both teams looked lively from the off but Rovers were first to get a shot on goal five minutes into the game. A corner ball was put into the centre of the box and it took Matt Gilks’ fingertips to nudge the effort over the crossbar.

Only a couple of minutes later, Morris did fantastically to skip past Matty Blair and win a corner. That corner led to another and the next corner saw a first goal for Novak.

The home side looked dangerous from set-pieces at stages in the first half. In the 27th minute, a ball into the box found Joe Wright’s head who just couldn’t find the target. Not long after, Niall Mason received the ball on the edge of the box and hammered a shot at goal but it was nothing that the Iron defence couldn’t handle. Rory McArdle was quick to put himself in the way of the ball.

Tommy Rowe was the next to try, as he dribbled his way into a dangerous position on the left flank. He fired a shot at goal and it found its way to Andy Williams. However, it was too powerful and high for the striker to control.

Home captain James Coppinger came close with an effort from just outside the 18-yard box in the 35th minute. He sent a driven strike at goal but it went wide of the left post.

Despite late pressure, the Iron defence looked solid and comfortable clearing anything coming their way and they managed to hold onto their 1-0 lead going into half-time.

John Marquis had Doncaster’s best chance of the game only four minutes into the second-half. He was given the ball at the back post and chose to shoot. The strike looked to be going in but then rattled off the post and away from danger.

However, they were soon back as Andy Williams found a way past the Iron defence and went one-on-one with Gilks. He went for a rising effort but it continued to rise over the bar.

Novak wanted to add to his tally. He went for a more spectacular finish on the edge of the box after 57 minutes. However, it was deflected and went wide for a corner.

The Iron showed good link-up play up front, especially down the wings. Duane Holmes was energetic, chasing down any loose balls on the right wing, and played Conor Townsend through on the left-flank in the 62nd minute. He put in a floated cross but the ‘keeper was the first to it.

In the 67th minute, Blair wanted a chance of his own. The Rovers man ran at the Iron defence and into the centre of the 18-yard line. He fired a shot at goal but couldn't find the back of the net.

Alfie May created chances on the left flank, one of which could have put Rovers back into the game with just over 15 minutes left to play. He ran the wing and played it across to Rowe, who was waiting just inside the box. He had a shot at goal but once again it went just wide of the goal.

At the 81st minute, Hopper was fouled 25 yards from goal. Morris was the man to stand over it and he forced a brilliant save out of Ian Lawlor to keep out the effort. It looked to be heading towards the crossbar but the Rovers ‘keeper dived to hit it over.

With two minutes left to play, Morris showed a passion for more as he took on the Rovers defenders on the left-flank. After putting the ball through the legs of one he went past another and his cross was intercepted. However, he kept running after that and won a corner for the Iron. The midfielder took the corner and sent it in towards Murray Wallace, who headed it and was denied by the crossbar.

There were five additional minutes played and Doncaster applied continuous pressure to try and steal a point but the Iron hung on.

Doncaster Rovers have confirmed Iron fans can pay on the day on Sunday, 17th September, and buy tickets from the Club Doncaster Academy reception, which is next to the away end.

*Please note: There has been a misprint on the tickets Doncaster Rovers have sent us, and Iron fans will actually be located in the One Call Stand, with entry via Turnstiles 23-26 and 27-30. Also, the ticket prices Doncaster have printed on the side of the match tickets are incorrect in some categories. The prices stated in this article are the correct ones. 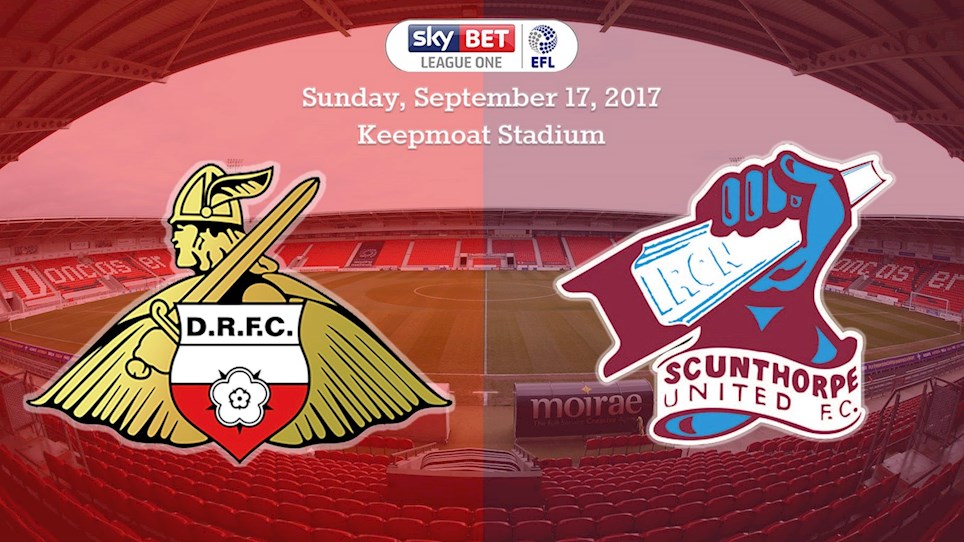 Doncaster away tickets go on sale


Tickets are on sale now for the away clash at Doncaster Rovers on Sunday, September 17th.