The Iron host Rotherham United in the first leg of their League One play-off semi-final this Saturday (12.30pm kick-off).

Play-off semi-final home leg made ALL-TICKET! Don’t miss out, get yours in advance

Nick Daws’ men come into this game on an eight match unbeaten run which has included four wins in their last five games. Their most recent performance earned them a 1-1 draw against the revitalised Bradford City.

This fixture allowed the interim boss to rest some of his regulars and give others a chance to impress ahead of their upcoming fixture. The Iron haven’t beaten Rotherham this season but they go into the game as one of the division's form teams.

The Millers have had a steady season and have consistently been challenging at the top end of the table. Paul Warne’s men missed out on the opportunity to get automatic promotion but have looked a strong outfit, finishing fourth with 79 points on the table. They come into this game on the back of a 1-0 win over Blackpool and will be looking to carry on from that win in their trip to Glanford Park this weekend.

Daws reported no fresh injury worries ahead of the match. He said Luke Williams (hamstring) has now returned to training on Thursday, with Jonathon Margetts (knee) the only absentee.

Five changes were made ahead of the last game to rest some players ahead of the play-offs, so changes could be likely.

Rotherham’s midfielder Will Vaulks has scored twice in his last four games for the Millers and has chipped in with goals all season. The 24-year-old’s tally now stands at seven, one of which was against the Iron at the New York Stadium. The midfielder is an experienced member of the squad, having been a Miller since his arrival from Falkirk in 2016.

The Iron came from behind twice to earn a deserved draw in the play-off semi final first leg against Rotherham at Glanford Park.

Rotherham took the lead in the first half through Jon Taylor but Scunthorpe responded instantly when Duane Holmes’ shot was converted into his own net by the Millers defender Michael Ihiekwe, drawing the iron level.

The Millers then restored their lead midway through the second half courtesy of substitute Joe Newell before Cameron McGeehan salvaged a draw for the Iron in the dying embers of the game meaning it’s all to play for at the second leg on Wednesday.

The Iron made five changes following the 1-1 draw with Bradford City on the final day of the season with Jordan Clarke, Murray Wallace, Funso Ojo, Holmes and Ivan Toney coming back into the side for Marnick Vermijl, Cameron Burgess, Neal Bishop, McGeehan and Lee Novak.

It was the Millers who got the game underway and won a corner inside the first minute, Matt Gilks in the United goal with his first save as he came out and collected the ball comfortably at the far post from the resulting set piece.

Shortly after, United won a corner of their own, a deep ball whipped in by Josh Morris found Conor Townsend at the back post but his shot at goal was charged down by the Rotherham defence.

The Iron’s first shot on target came eight minutes in, good play down the right presented a chance for Duane Holmes after he cut inside to shoot but his side-footed effort was straight at Rodak in the Rotherham goal.

The Millers then took the lead 17 minutes in when Jon Taylor slid the ball past Gilks to score the opening goal of the game following a long ball played upfield to the striker.

However, the Iron hit straight back, wasting no time and equalising a minute later courtesy of an Ihiekwe own goal. There was great work by Adelakun on the right flank after beating his man skillfully before slotting the ball through to Holmes who lifted his shot over Rodak. The Rotherham United defender attempted to clear but sliced the ball into his own net, drawing the Iron level.

Scunthorpe continued to attack, Adelakun again looked threatening down the right side, sending a cross into the box searching for Toney but the forward couldn’t bring the ball under control to get the shot away.

In the 35th minute, a Rotherham attack ended in a Will Vaulks long range effort after a short free kick, with the shot easy for Gilks to gather before Richie Towell fired over the bar which proved to be the last attack for either side in the first half.

The first Scunthorpe attack in the first half came in the 51st minute when Morris’s cross was blocked resulting in a corner. The set piece was taken short before Morris crossed again to Toney who held up the ball well to lay off Ojo on the edge of the area but his shot cannoned off the defender. The ball was played back into the danger area and found the head of Rory McArdle but his header was comfortably claimed by Rodak.

Rotherham then won a free kick in a good position on the left-hand side with the in-swinging ball from Taylor caught by Gilks, who appeared to get injured in the process and had to be replaced in the 61st minute by Rory Watson.

At the same time, a Rotherham substitution saw Newell replacing Jon Taylor who made an instant impact, scoring for the Millers three minutes later. A cross was sent towards the back post from the right was controlled by Newell who fired the ball past Watson, leaving the goalkeeper with no chance.

Scunthorpe responded quickly again and in the 67th minute, Holmes forced Rodak into a low save before Toney’s follow-up was saved again at the near post.

Great defending by Murray Wallace in the 83rd minute stopped a threatening Rotherham attack which set the basis for United to attack again.

A late surge from the Iron saw Scunthorpe draw level again. McGeehan bundled the ball over the line, equalising for the Iron right at the death in the 89th minute after his initial shot was saved following a flick on by Toney.

There was six minutes of time added on but neither side could find a winner and so the game ended 2-2.

The Iron’s League One play-off semi-final first leg at home to Rotherham United on Saturday, May 12th (12.30pm kick-off) has been made ALL TICKET.

Due to very positive advance sales and a bumper crowd expected, supporters will need to purchase a ticket in advance of the game, with no cash turnstiles available on the day. Tickets will go off-sale at 11AM ON SATURDAY MORNING. No further tickets will be available after this time.

The Ticket Office will remain open until 6pm on both Thursday and Friday evening, with full opening hours detailed below.

The Early Bird price will be available online until 9.30am on Saturday, May 12th and until 6pm on Friday, May 11th from our ticket office.

Please note 12th Man Season Ticket holder seats will be reserved up until 6pm on Thursday, May 10th.

After this time, any 12th Man seats not purchased will be available for general sale and could be purchased by a non-season ticket holder.

Play-off matches are not included in the 12th Man package and therefore all seats need to be paid for.

The following pricing will be in operation for the game (frozen from 2016/17).

The easiest way is to avoid the queues and book online at www.sufctickets.com. If you are a season ticket holder looking to book online then you will need to log into your account and then select your seat. For online queries and linking your account please email sufctickets@scunthorpe-united.co.uk.

The ticket office will be open as detailed below and you can purchase in person or over the phone on 01724 747670 during opening hours.

Please be aware that due to limited phone lines, the best option will be to book online or visit the ticket office in person.

As this is a cup fixture, Iron Members are unable to receive a £1 discount off match tickets for the play-off fixture.

Restaurant packages can be booked by contacting venue@scunthorpe-united.co.uk or calling 01724 747684. 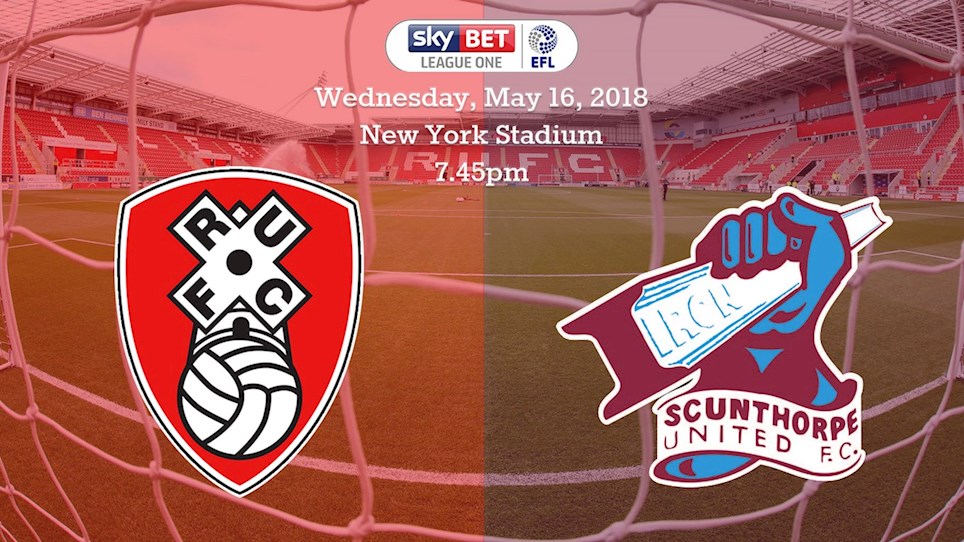 
Tickets have SOLD OUT for the away second leg of the League One play-off semi-final against Rotherham United on Wednesday, May 16th (7.45pm kick-off). 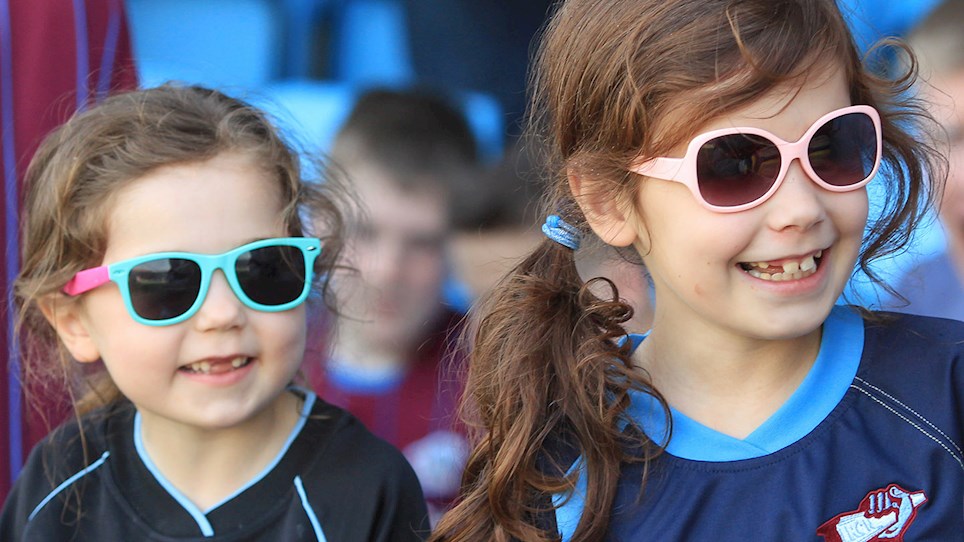