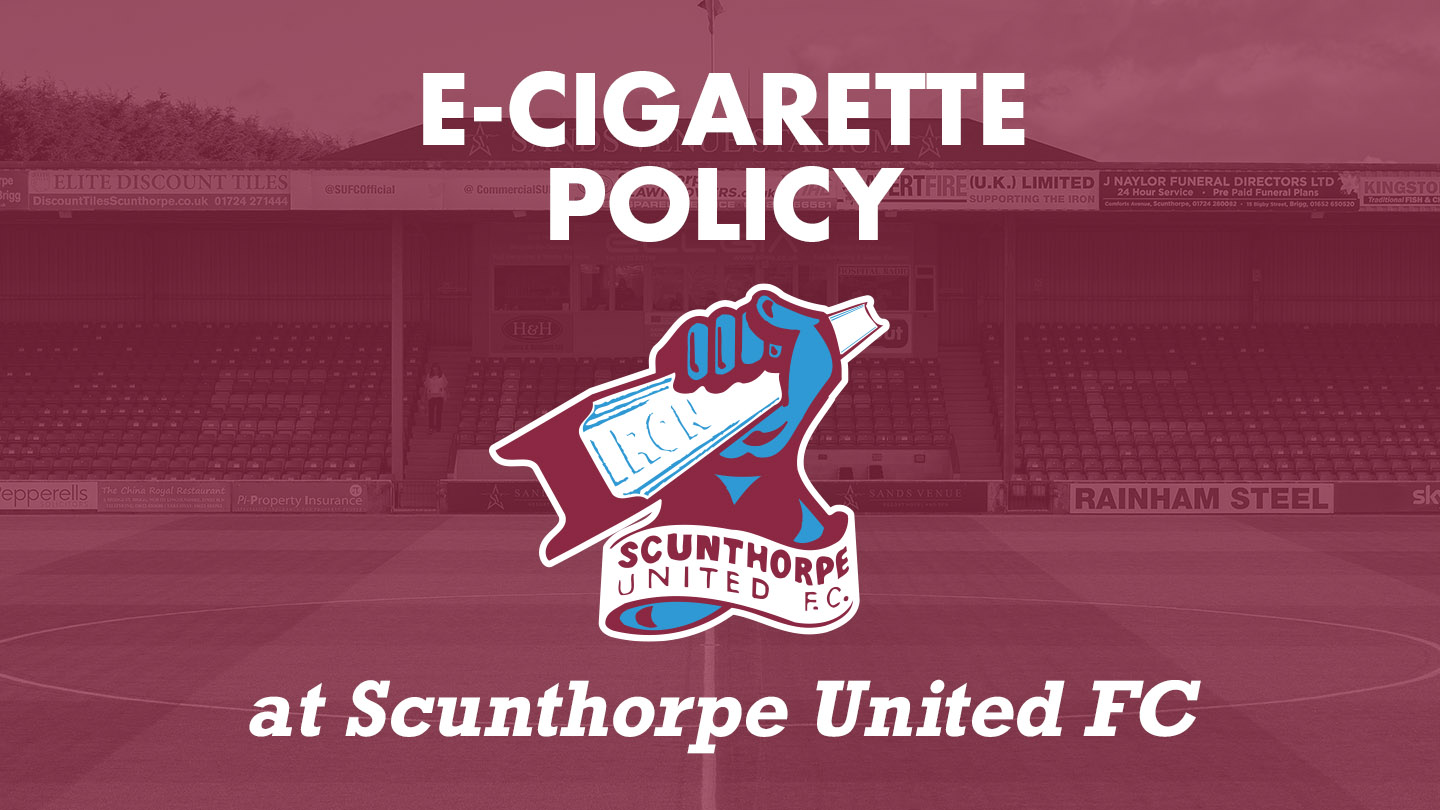 E-cigarettes in the Football Stadium

E-cigarettes, personal vaporizers (PVs), and electronic nicotine delivery systems (ENDS) are battery operated devices that mimic tobacco smoking and are often used as a replacement for cigarettes. They produce a vapour, including flavoured aromas either with or without nicotine, rather than traditional smoke.

However, the vapour from E-cigarettes might be annoying to some supporters and could potentially provide a health risk for others through passive consumption (like passive smoking) as the long term health effects of E-cigarettes are unknown.

Although at this point we have not totally banned the use of E-cigarettes, personal vaporizers and electronic nicotine delivery system from stadium standing or seated areas we do ask supporters to be mindful to when and where they are using these devices to not to cause any distress or upset to your fellow supporters.

Scunthorpe United safety steward can and will ask supporters to stop using E-cigarettes, personal vaporizers and electronic nicotine delivery system from stadium standing or seated areas if we feel this is causing harm or distress to any other supporter and if when requested by any safety steward you refused to do so you will be in breach of ground regulations 23 failure to comply with any instruction this may lead to immediate ejection from the ground.

Reporting of an incident can be made in person to a Matchday steward, or you can text details to our Matchday hotline 07921 406126 or email feedback@scunthorpe-united.co.uk.