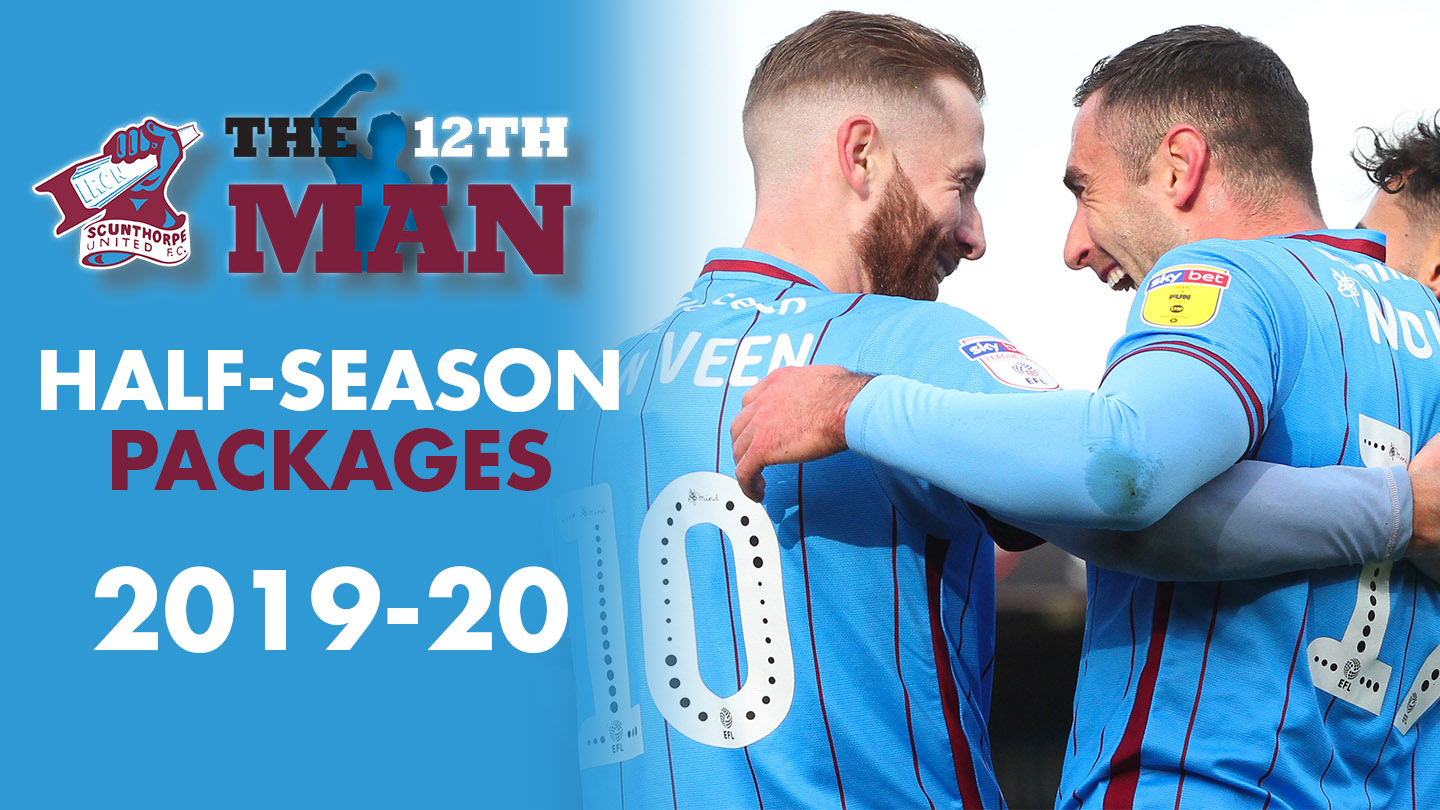 Support the Iron for the second half of the 2019-20 campaign, with our 12th Man half-season package now available to purchase.

Commencing on December 26th, when Scunthorpe United host Walsall, the half-season ticket offers you the best value for money supporting the club for the final 12 home league games of the campaign if you aren’t an existing 12th Man member.

Buy before 5pm on Friday, December 13th and you'll have an additional fixture (against Colchester United on Saturday, December 14th) included!

> Free matchday magazine for remaining home league games, and 50p off the cover price of cup publications, where applicable - saving a minimum of £36 across the half-season
> £2 off official away coach travel
> 5% off purchases made in the club shop and online
> Exclusive pre-match 12th Man email from manager Paul Hurst ahead of each league game
> Exclusive access to a private Twitter account (@SUFC_12thMan)

Half-season ticket prices are as follows:

** Family Zone offer – adult and senior prices include up to two under-18’s at no extra cost.

HOW TO BUY ONLINE