Academy manager Tony Daws reflected on progression to Round Three of the FA Youth Cup with a 1-0 win over Guiseley at the Sands Venue Stadium on Tuesday evening.

Harrison Poulter’s second half strike was the only goal of the game, setting up a tie away at Manchester United.

Speaking to iFollow Iron after the game, he said: “It was nice to play at the main stadium, it was a great experience for the lads and it was a tough game.

“Obviously, we’re delighted that we’ve managed to get into Round Three. It was the toughest game we’ve had all season.”

Guiseley saw off Rochdale in the first round of the competition, with Daws knowing his team had a tough encounter in store having watched that game, and having played the Dale earlier in the season.

“Rochdale are a very good side,” he continued.

“We played them in the Youth Alliance Cup earlier in the season and drew 2-2, so we watched the video footage of Guiseley’s game against them.

“We watched Guiseley three or four times going into this game, and knew they were a good side. They worked their socks off and have got some very good players. To be fair to them, I thought they were outstanding.”

Poulter’s strike took him to double figures in all competitions for the season, netting for the first time in six games to seal the win. With the end-to-end nature of the game, Daws stated the tie could have gone either way, or all the way to extra time and beyond, the longer it remained goalless.

“We were knocking on the door at times, and they had chances too,” he stated.

“We always know when Harrison gets the ball on his left side he can finish, and it was a massive relief for us when he put it in, because it didn’t feel as though it was going to come for us tonight.

“The way that they play, they asked us a lot of questions.
Our goal lived a charmed life at times, but that’s what football is all about. Credit to our lads, we blocked and kept it out, and that’s what counts. The lads defended well - we had to. Owen again has shown what a fantastic young ‘keeper he is. He’s made some fantastic saves.”

The third round draw was made at lunchtime on Tuesday, so both sides knew the winners would have a trip to face the Red Devils. While that will now be something to look forward to for the Iron’s youngsters, Daws conceded that knowledge may have detracted from the overall performance on the pitch on the night.

“The performance that the lads put on isn’t us,” he continued.

“We play totally different to that, but the FA Cup under floodlights does something to the lads. It makes them anxious, it makes them nervous, and they played a different way at times. It didn’t help that the next round draw came out at 1pm. Nowadays with social media, they were always going to see it, but I think it took away the focus of tonight a little bit.

“It’s great for the boys to get the chance to play against Manchester United. It’s an experience that they’ll remember for the rest of their lives, whether they go on to become a professional footballer or not. It’s something we can look forward to, but for us we’ve got to concentrate on our league games again. For us in youth development, performance is everything.”

348 were present at the Sands Venue Stadium to support the two teams, with Daws finishing off by thanking the backing that his side received: “It’s nice that the fans of the club and the parents of the boys have come out and shown their support. Whatever happens in their careers, it’s been a fantastic experience for the lads.” 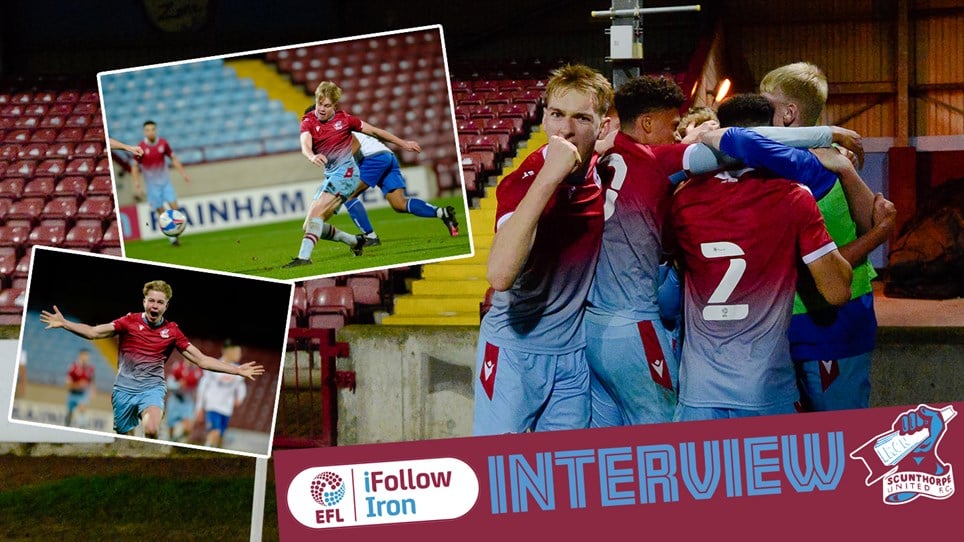 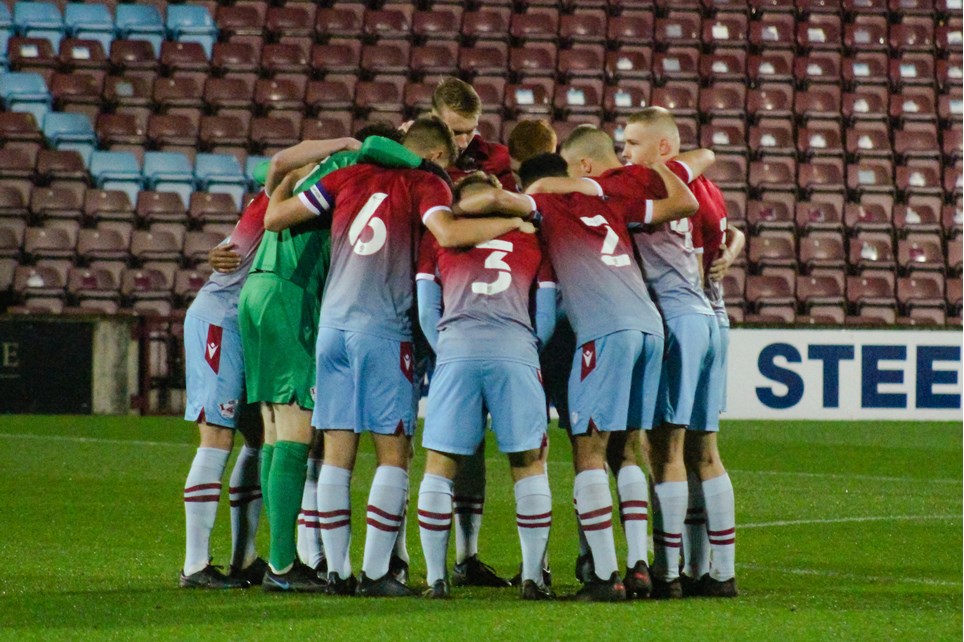 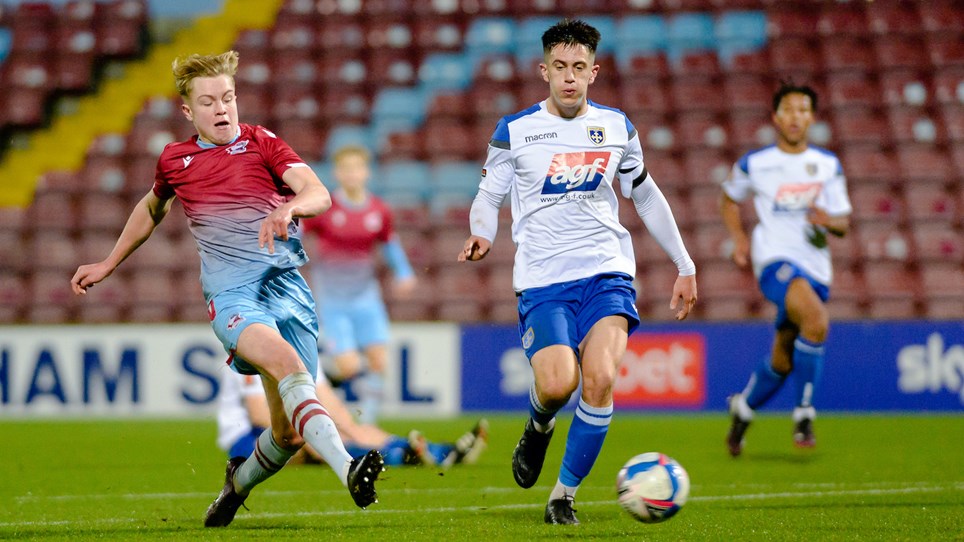 Harrison Poulter: When it hit the net, I was buzzing


First year scholar Harrison Poulter was “buzzing” to score the goal which sets up an FA Youth Cup Round Three tie away at Manchester United.