The Iron's Under-18s play their third game of 2021 on Saturday, as they face their Rotherham United counterparts (11am kick-off).

*This is the Iron's home fixture having played away from home already this season, but the game will be facilitated by Rotherham United.

United come into the game off the back of five successive wins which has seen the side surge to the top of the Youth Alliance League and maintain their place at the summit.

It's been a story of comig from behind in those games having come from 2-0 down to win at Lincoln City, 1-0 down to win at home to Bradford City and overturning a one-goal deficit to beat Doncaster Rovers 4-2.

The most recent of those games was arguably the most impressive as, last weekend, the side evaporated a 3-0 deficit to win the game 4-3 against Notts County in what was first versus second.

The start of that five-game winning streak was against the Millers as Scunthorpe recorded a 4-1 win.

Rotherham come into the game off the back of a 1-1 draw against Mansfield Town last weekend, while they put up a spirited fight against Arsenal in the FA Youth Cup, only exiting following a 2-1 defeat. Prior to that, they also beat Lincoln City 4-0 just before Christmas.

A win for the Millers could put them as high as fourth, although there's currently a four-point gap to third and 11 points between the two sides in the league.

The Iron are top with 24 points from a possible 30 with Notts County five points further adrift in second having played the same number of games.

The side will be without Joey Dawson this weekend as he's included in Neil Cox's first team squad for the first time under his managerial tenure.

The second year scholar did make his professional debut at the start of last season in the EFL Cup defeat to Derby County.

The academy side have won fixtures without the prolific striker though, with the Lincoln City comeback most notably seeing him absent through injury. In recent weeks, Patrick Virgo, Jack Moore-Billam, Cameron Wilson and Harry Lewis have been among the players to find the net.

Two trialists featured in the team two weeks ago, while another was amongst the squad last time out too. One of those a fortnight ago was to replace Harry Baker, who came off early on with a knee injury. He missed the game last weekend.

Ben Crosher and Alex Wilkinson spent the latter part of 2020 on the sidelines and are still working towards being fit for matches in the second half of the season. Ben Franklin, who has also suffered with injuries, has returned to the bench in the last couple of weeks.

A number of the Under-18s have had Under-23s minutes in midweek, with Dawson leading the line against Salford City. Dan Gallimore, Wilson and Kemp also came off the bench for Russ Wilcox's side. 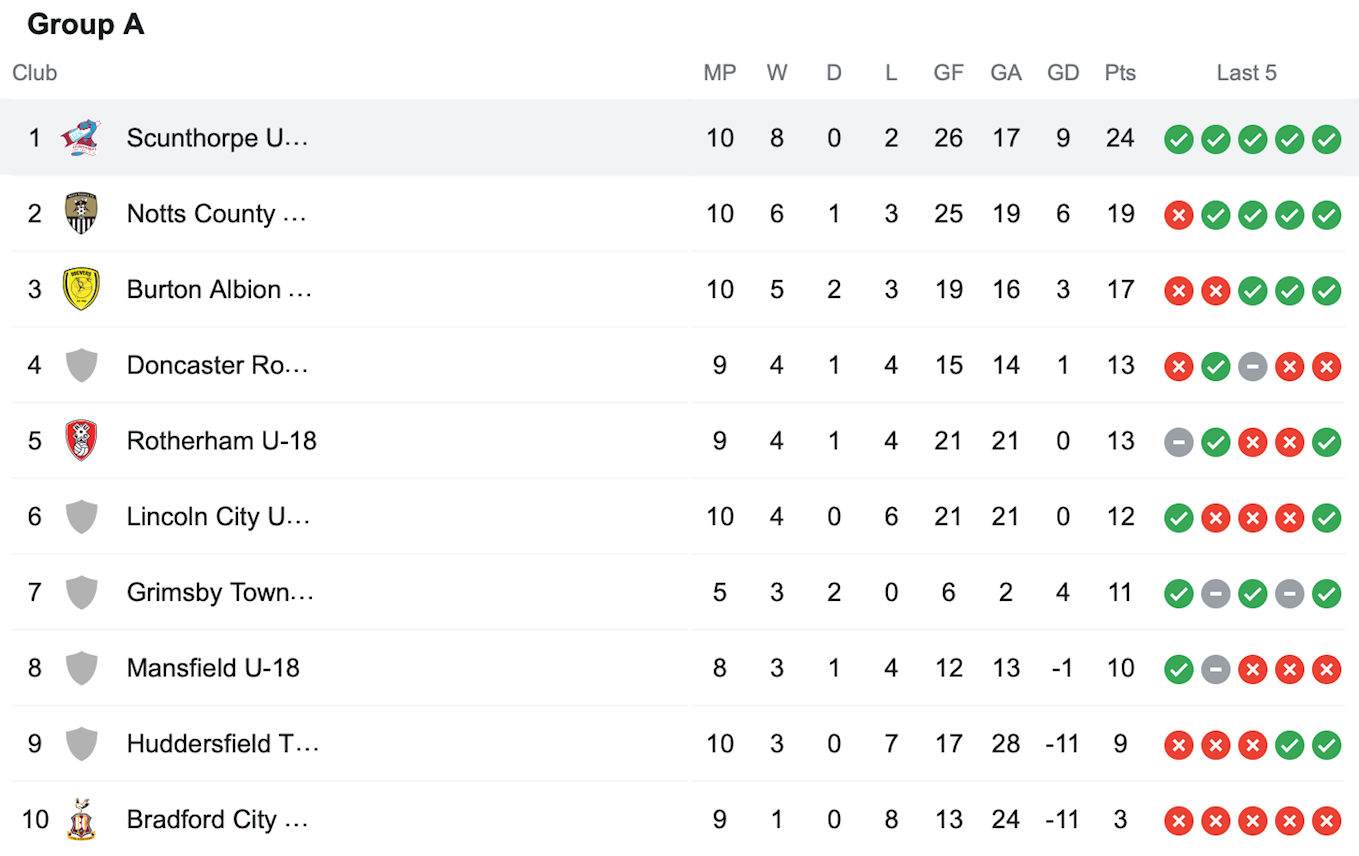