The Iron's Under-18s made it five wins in a row, and moved five points clear of Notts County at the top of the Youth Alliance League, with a dramatic turnaround away from home on Saturday morning.

Professional Development Phase Coach Steve Thornber said: "They were strong and physical at our place earlier in the season and beat us convincingly so we knew it would be a tough game."

The hosts started the match really strongly and forced corners and free-kicks, which they then put into the box. During the first half, the Magpies were in the ascendency but Scunthorpe managed to get to half-time 0-0.

However, on 17 minutes, Wilson hit the crossbar with a free-kick and United did manage to get into a couple of good areas in the opening half, but the final ball needed to be better.

Ahead of the second-half, the focus was on stopping giving away silly free-kicks, because County were big, strong and liked to put the ball into the box and create problems.

In the 48th minute the hosts went ahead as a long ball was played in behind the defence and finished by a Notts attacker.

Two minutes later, Dawson picked the ball up in a pocket of space and cut inside on his left foot but the goalkeeper saved.

On 54 minutes, the home team went 2-0 up with a goal on the counter-attack, as a cross was deflected and looped over Jake Balme in the Scunthorpe goal.

On the hour mark, United failed to deal with a long ball and the ball was headed down into the centre of the pitch, and a County attacker reacting quickest to go through and score.

With 20 minutes left, Dawson received the ball on the edge of the box, took a touch to the side and finished into the corner to make it 3-1.

Straight afterwards, the hosts started panicking and Scunthorpe got another a minute later as Dawson played in Lewis, who shot across the goalkeeper and into the net.

At this stage, Notts were penned in and on 75 minutes, Oliver Lobley was played through and the goalkeeper somehow managed to tip wide his shot.

The equaliser came on 81 minutes as Dawson pulled the ball back for Virgo to tap in at the far post.

The turnaround was complete in the 85th minute as a good counter-attack ended with Wilson, from 25 yards, hitting a volley which screamed into the top corner to make it 4-3.

The game then started getting scrappy, with a couple of players booked on either side, before the Iron held on for the win.

"It's the fifth game in a row where we've come from behind to win, and it was a great result. It was brilliant to show that determination and never-say-die attitude to come back," added Thornber.

"We were disappointed to concede the goals we did, and are now five points clear of Notts County but there are sides with games in hand.

"Overall, it was a really pleasing performance against a good, strong side who are effective at what they do."

The Under-18s return to action with a home game against Rotherham United, which will be played behind-closed-doors on Saturday (11am kick-off). 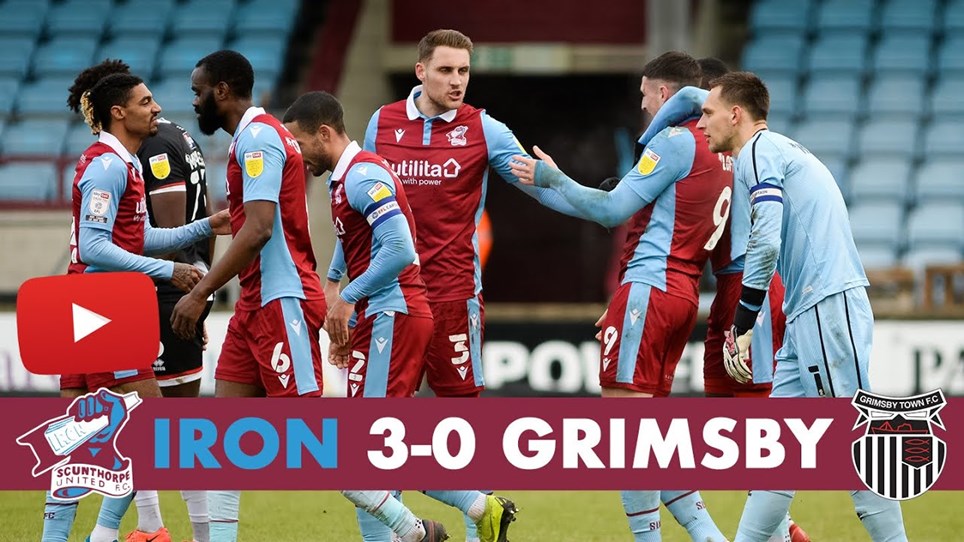 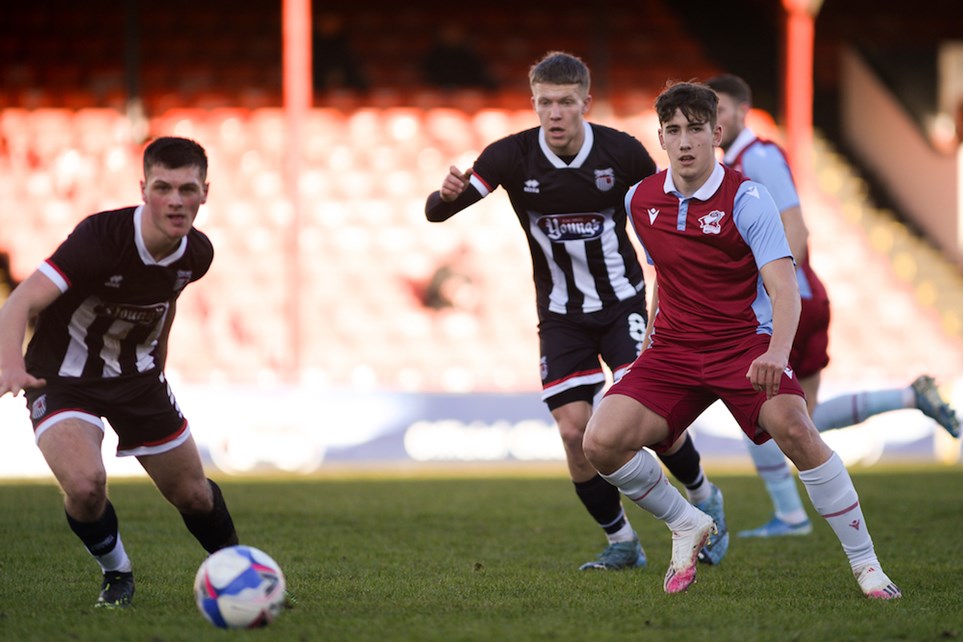 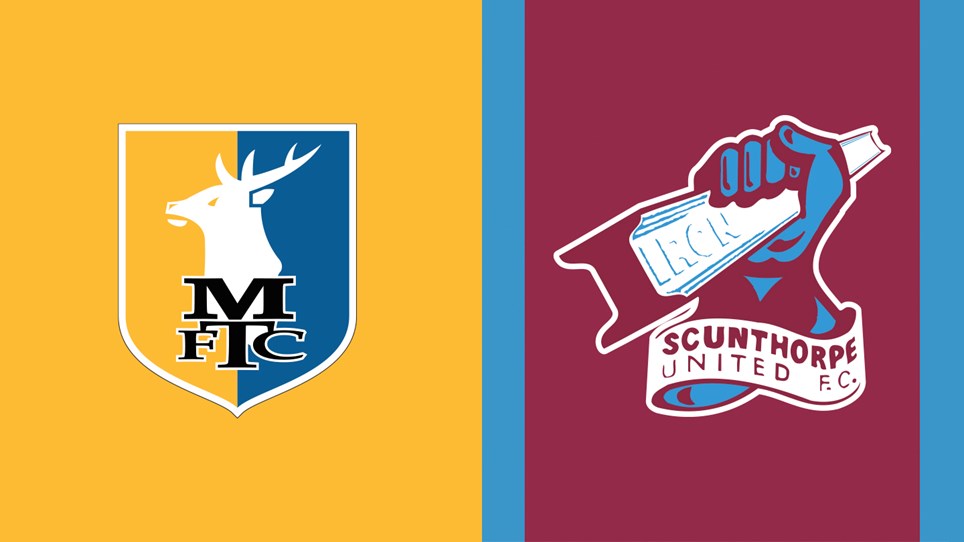 
Despite a number of injuries, a youthful Iron Under-18s team returned to winning ways with a battling 3-2 away win at Mansfield Town on Saturday morning. The result means they remain two points clear... 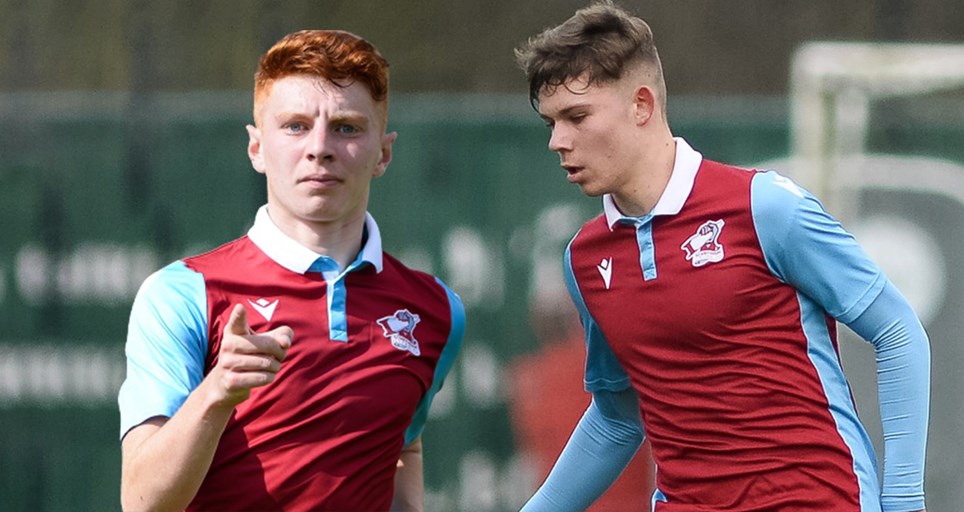 
Joey Dawson added another two goals to his tally, while Dan Gallimore also notched a goal as the Iron won their penultimate game of the regular season away at Huddersfield Town on Saturday morning. 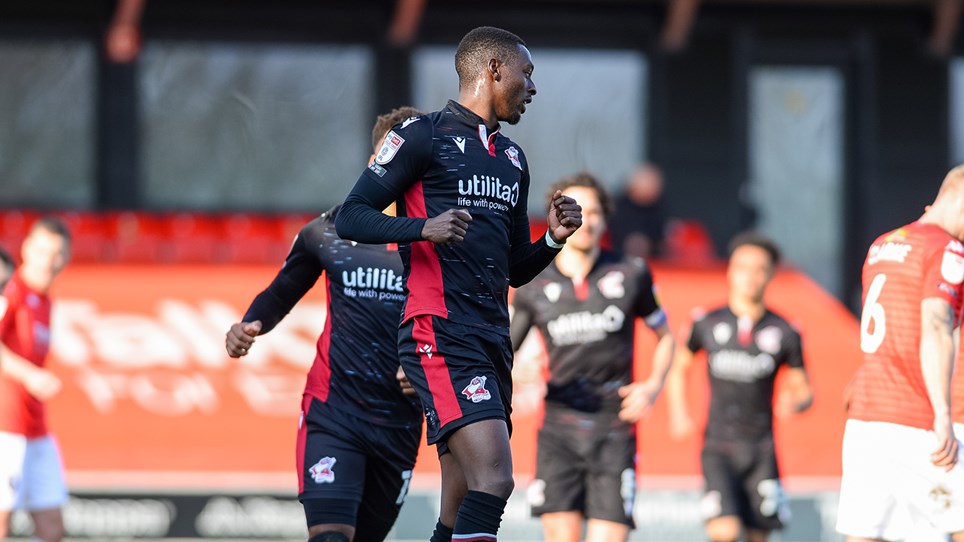 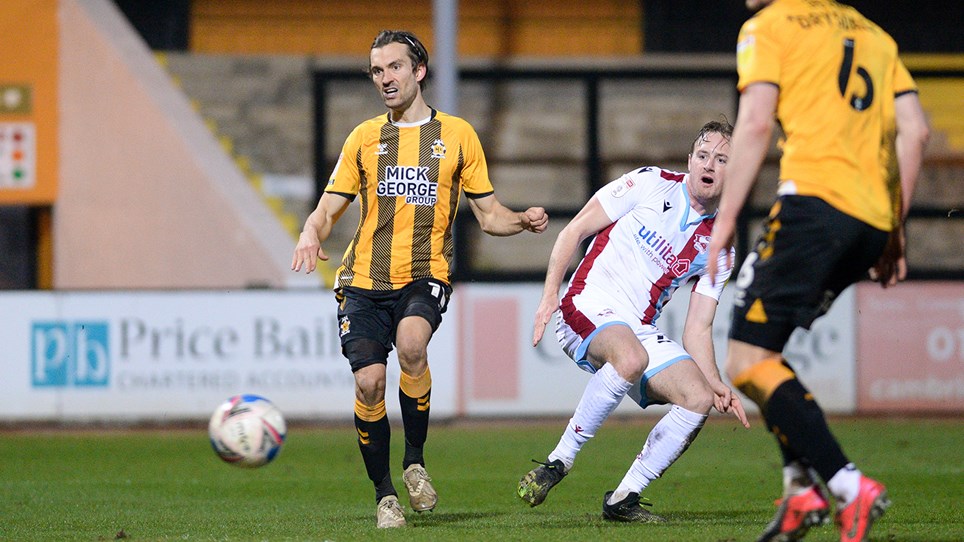 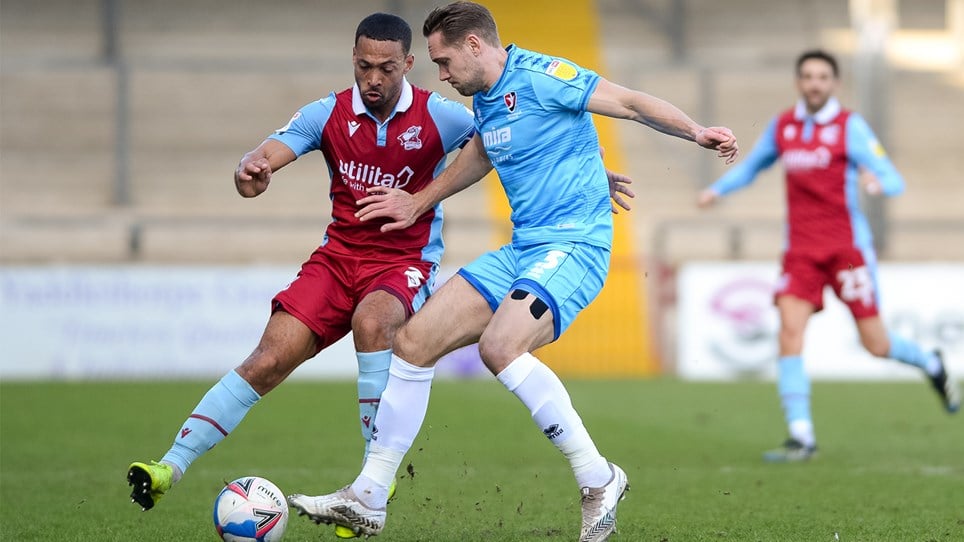