Earlier in the season, we caught up with committed Iron fan Steve Edwards to chat about some of his experiences following the Iron home and away, and the thousands of miles he’s travelled watching United through thick and thin.

PHOTO ABOVE: The London Supporters' Club before an away game at AFC Wimbledon. Steve is seated second in from the right.

He opened up about the highs and lows of being an Iron fan, which goes all the way back to 1979.

As a member of SULSESC (The Scunthorpe United London and South East Supporters’ Club), he was raised in London, supporting Tottenham Hotspur, before switching allegiances to Scunthorpe United.

Steve said: “I grew up watching the great Jimmy Greaves in the First Division for Spurs, but after my brother-in-law took me to my first Iron game, I was hooked! Firstly, I’ve got to mention my guys at SULSESC, I’ve never met such a fanatical and dedicated bunch of supporters in my life.”

Why are you an Iron fan?
SE: I grew up in London as a Tottenham supporter, but I eventually married a girl from Scunthorpe! I was asked to come and watch the Iron and never looked back. It was all about the social occasion and coming to watch your team.

Why switch to watching Division Four football?
SE: I stopped going to live football in the 1970s as it was too dangerous. There was so much trouble. You could not ride the tube in London on Saturdays without gangs of ‘bovver boys’ from all London clubs out to cause trouble. I got caught up in it after a Spurs v Chelsea derby where the bus I was on stopped at a set of lights on the Seven Sisters Road and Spurs’ yobs just ran onto the bus and started to beat people up, their own fans included. After that, I gave up going. So, when I was taken to the Old Show Ground it was my football ‘lightbulb moment’ again. 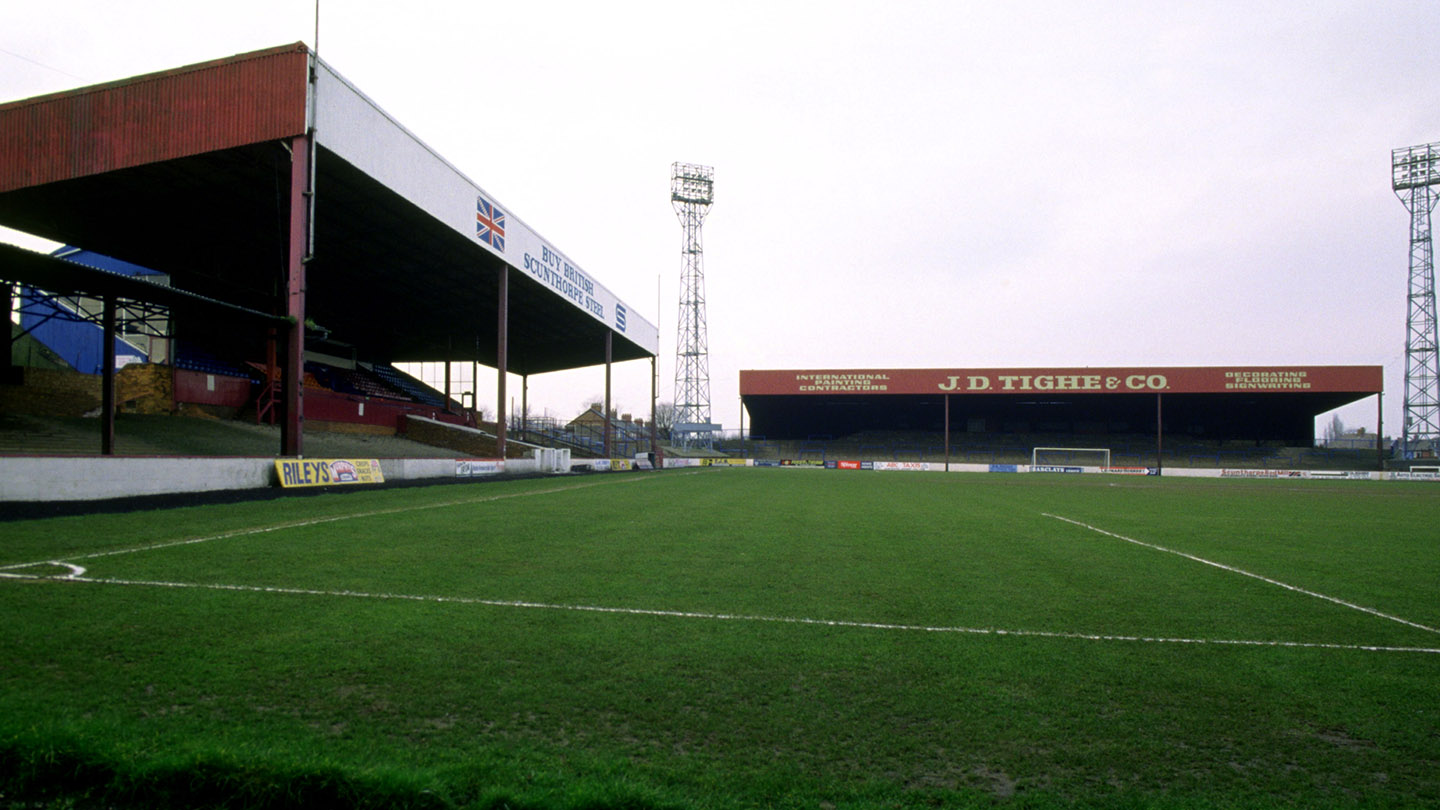 What was your first Iron game?
SE: All I remember is it was 1979 in the old Division Four, but I think we lost.

What’s your matchday routine before kick off?
SE: We meet in Messingham at 2pm to pick up a couple of family members, and we always have BBC Radio Humberside on pre-match. We’ll pop down to The Berkeley for a quick pint to meet the rest of SULSESC (if only that was the case it’d be reopened by now!).

Which stand do you go in?
SE: We stand in the Britcon Stand.

Where’s the furthest you’ve travelled to watch the Iron play?
SE: From my home in Southampton, it’s a 400-mile trip for a home game! But maybe Tranmere, I’m not sure which is further for me.

Favourite away ground and why?
SE: I like AFC Wimbledon (Kingsmeadow), the away fans are placed behind the dugouts, which can make for a really entertaining afternoon, in more ways than one!

What’s your favourite piece of Iron memorabilia?
SE: In the 2007-08 season, I sponsored Martin Paterson’s home shorts, at the end of the season – and this is why you love the club – Scunthorpe washed the shorts, Paterson signed them and they sent them to me in the post! You wouldn’t get that at Chelsea would you?

Do you collect Iron programmes?
SE: I always buy the home programme but I’m not a collector, I usually pass them on. 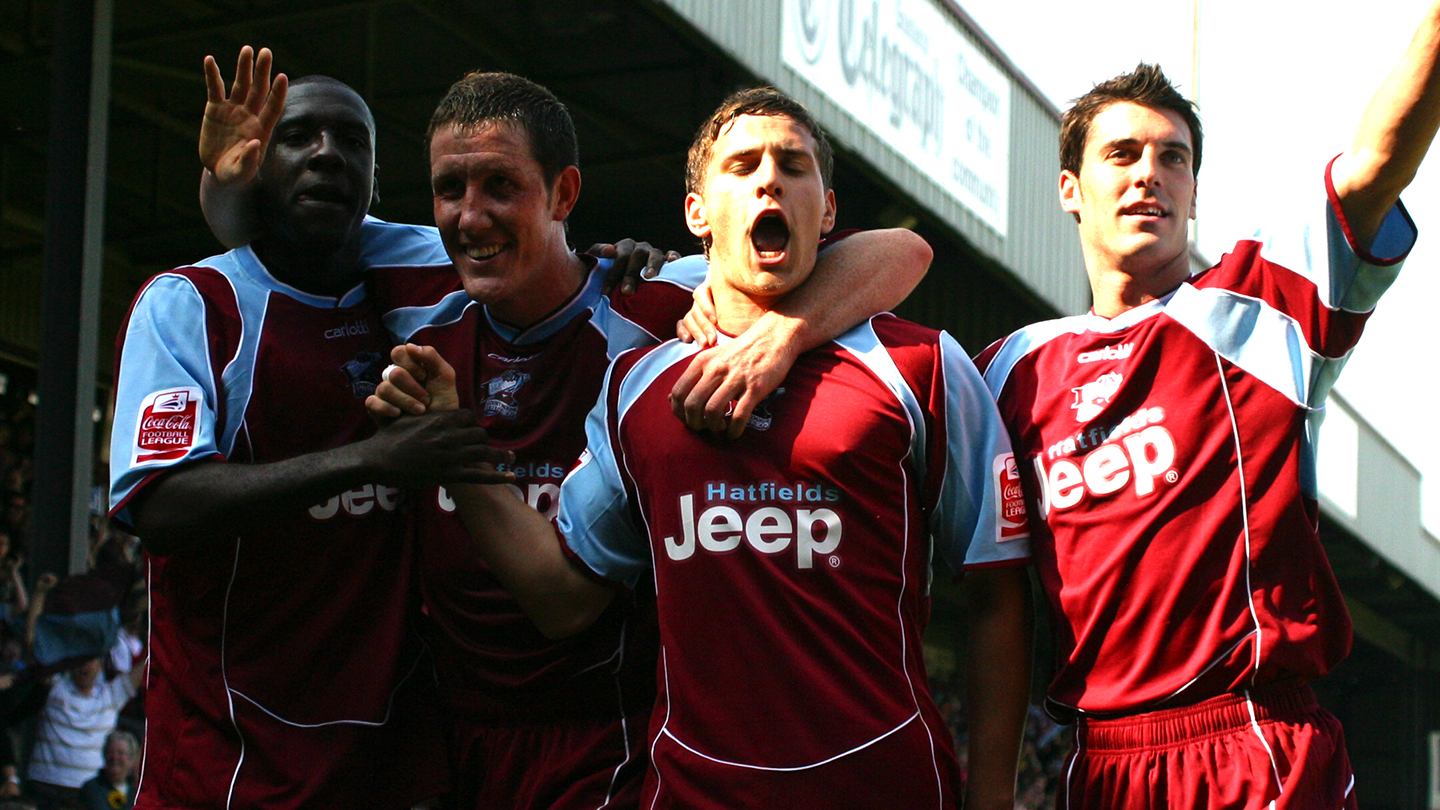 What’s your favourite Iron kit?
SE: Definitely the 2006-07 home kit, the promotion season. It has to be because of the memories attached to it, we had an amazing season that year.

Whose name and numbers have you had on the back of your shirt?
SE: I’ve only ever bought one replica shirt and that was the 2006-07 home kit, as long as I have Iron colours I’m not bothered. If I had to choose it would be a number four with Crosby on the back. 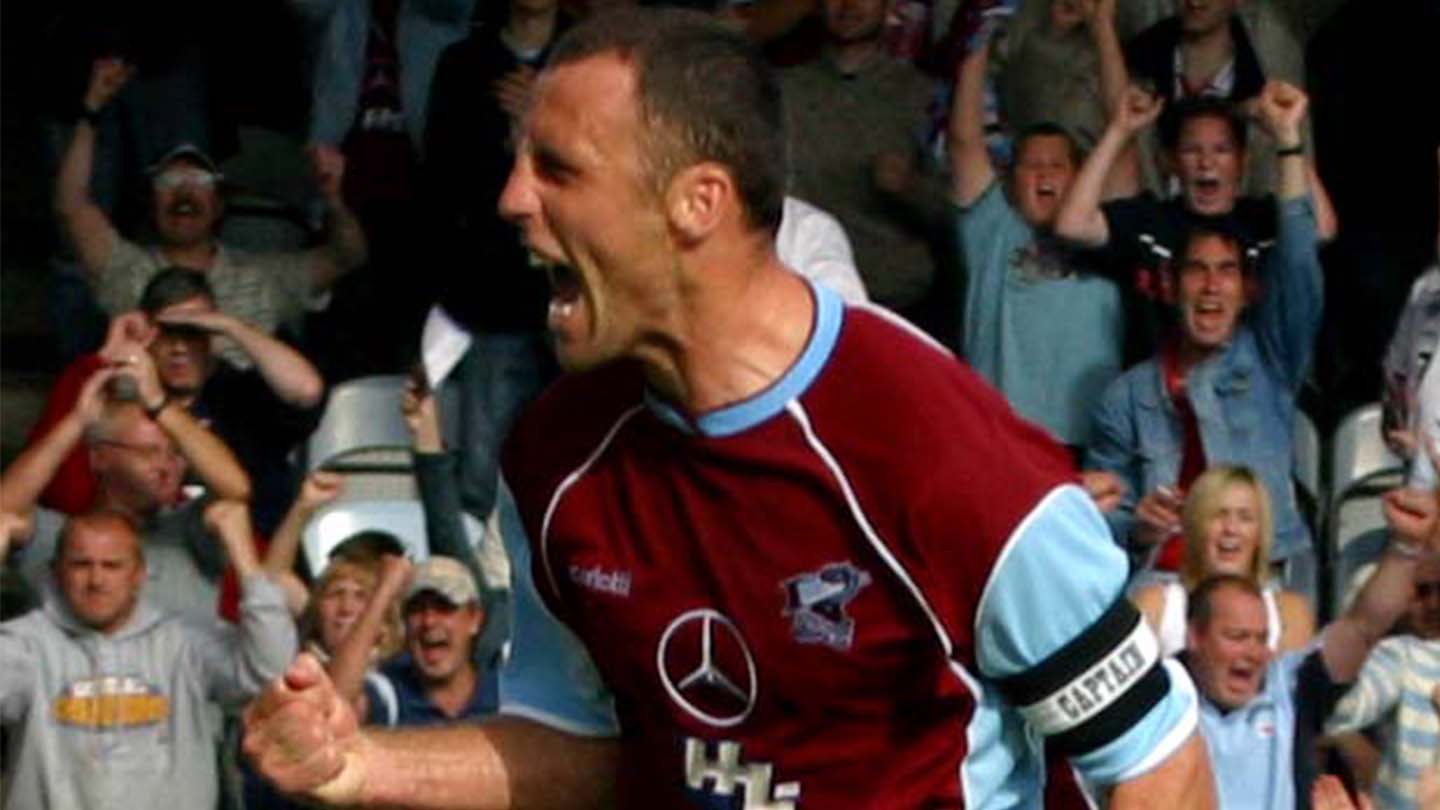 Do you have a favourite ever Iron player?
SE: Andy Crosby, unquestionably. He was an immense leader, always organising the defence. He must’ve given the players so much belief.

Have you ever met any Iron players, past or present?
SE: I have, yes. There was one Friday night away at Southend and someone spotted Paul Hayes amongst us, I was one of about a dozen people that ran over and pleaded with him to come back! The result, and meeting Paul made the night because it was absolutely chucking it down.

If you could relive any game in Iron history, what would it be?
SE: The 1999 play-off semi-final second leg victory over Swansea City in extra time! We’d not had much success prior to that, so it was amazing under the lights. After the match we all went back to the British Steel Club, I think half the ground was in there!

If you could watch the Iron play any club side in the world, who would it be and why?
SE: I’d say due to my childhood affiliation with Spurs, it would be them in the cup.