Jake Eastwood was relieved to return to the Iron starting line-up and register a win in the first fixture of 2020. 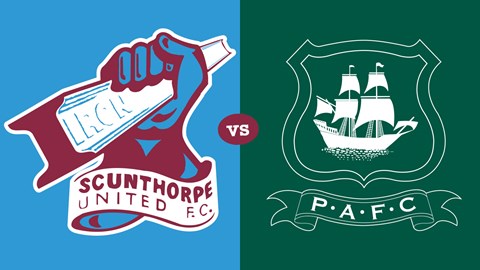 He told iFollow Iron: “Getting a win and a clean sheet is nice. I’ve been back in training and managing it with the physio. Games come so quick so it was difficult to judge which game I’d be back for.”

The ‘keeper felt the timing of his injury was off but his work in the physio room has paid off with a victory over Oldham Athletic on New Year’s Day.

“To get an injury at that time is frustrating. I had a good run in the team," he said.

“Now, I’ve got through it and to be back on the pitch is a good feeling.”

He was delighted to return to Paul Hurst’s side and hopes to keep the shirt through hard work and perseverance.

“I work hard every day and put in 100 per cent,” he explained. “If I get picked on a Saturday, that hard work pays off. The football takes care of itself. It’s the manager’s decision, at the end of the day.”

The Iron can bridge the gap to the top seven with a win against Plymouth Argyle and Eastwood believes the play-offs are still doable.

He said: “Plymouth are a big team in League Two, as are we. It’ll be a tough game. They’ll look to try and play.

“Play-offs are still in sight. There’s just over 20 games left. We’ve had a good run recently and if we can carry that on into this year, we’ll be up there.”