Paul Hurst is looking forward to his first game in charge of the Iron on home turf when Leicester City visit for a pre-season friendly on Tuesday night (7.30pm kick-off). 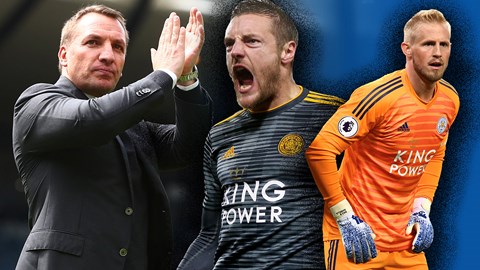 Buy your tickets for the Iron’s home pre-season encounter against Leicester City with a few clicks by visiting here.

Brendan Rodgers brings the Premier League side to North Lincolnshire for their first warm-up match of the summer, and Hurst is looking forward to the challenge that will be posed by the Foxes.

Speaking to iFollow Iron after the 2-0 win at Guiseley, he said: “We’re sure it will be totally different to what we’ve encountered so far and it will test us in different ways, but ultimately it’s about fitness levels again. The organisational side of us will be tested a lot lot more but it’s one we look forward to.

“Every game is a chance for players to impress. Through pre-season you don’t tend to play teams that are in your league, so you’re either up against better teams or ones lower down the pyramid.

“Whatever the challenge is in front of you, you have to impress as a player and show you’ve taken things on board, work extremely hard and do everything you can to knock on the door and make me think when it comes to picking the next team.”