Defender Jordan Clarke is looking forward to the Iron’s next pre-season test, as Championship side West Bromwich Albion come to Glanford Park on Saturday (3pm kick-off). 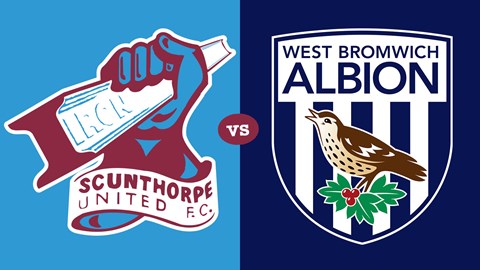 Get tickets for the game against Slaven Bilic’s side by clicking here.

The Baggies reached the semi-finals of the second tier play-offs last season and will provide a strong test for United, with the new League Two season just over a fortnight away now.

Clarke told iFollow Iron: “It’s good opposition but you want to test yourselves against the best that you can. It’s a game of football and we look to get out of it what we put in.”

The game comes on the back of a friendly against Premier League outfit Leicester City.

United performed well against a strong Foxes squad, with the 27-year-old receiving his first 90 minutes of football since December last year after recovering from a knee ligament injury that ended his previous campaign prematurely.

Clarke added: “It was a decent test and good for the fitness. Obviously, we didn’t see that much of the ball, but it was a good experience playing against Premier League players. I thought that we held it together quite well overall.

“It was my first 90 minutes since December last year. I played 45 (minutes) in La Manga (against Dundee) and then 70 (minutes) against Guiseley, and it’s good to get through the full game on a personal note.

“I’m feeling strong and fit. The pre-season has been tough but I’d rather it be like that. They’ve been working us hard but I feel good for it. It’s all beneficial and also game-specific. It’s a good base to go off.

“I’ve been putting in the extra work in the off-season because I missed the back end of last season, so I’ve never really stopped.

“I’ve come back in good shape, done well with the running in pre-season and have done some extra leg work to make sure I’m strong and ready to go.”