The Iron will be looking to end the decade with a return to winning ways when they travel to face Crewe Alexandra on Sunday (3pm kick-off). 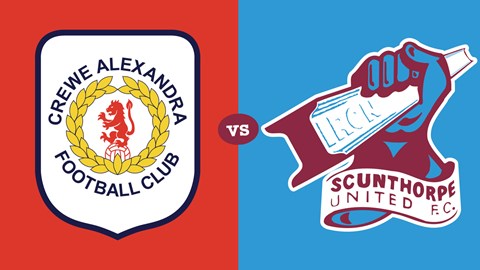 Pay on the day at Crewe Alexandra

They’re back in action three days after the Boxing Day home loss against Walsall, which ended an unbeaten run of more than two months in the league. Crewe sit third in the division and will be looking to bounce back themselves after a 3-1 loss at Salford City on the same day.

Manager Paul Hurst told iFollow Iron: “For me, it’s just the next game, It’s a tough one but one that will really challenge us as staff and players. We have to be ready to go to Crewe and give everything to try and get that result.

“We were disappointed to reach the halfway mark with the defeat against Walsall but overall there have clearly been signs of progress. It was obviously a slow start (to the season) but it’s been much improved since. There’s still a long way to go for us in terms of getting to where I’d like us to be, but the players are starting to understand clearly what we’re wanting and what’s accepted. Everyone has reaped the rewards from that. We’re hoping for a strong second half of the season and will see where that takes us to.”

Assessing the game against the Railwaymen this weekend, he continued: “They have some good young players, as well as some experience in there to help those younger lads. A lot of them have come up through the football club together and they look like a team that enjoy playing together, know where their team mates are going to be and in the games I’ve watched I’d certainly put them up there as one of the best teams in the league. The results in general have shown that. I like how hard they work to get on the ball too.

“It’s going to be a difficult game, there’s no question about that, but I still feel we can give anyone a game on our day and it’s just a case of what we can put out, and what energy we can play with to go out and get a result.”