He netted his brace in the 3-2 away victory at AFC Wimbledon just seven days after claiming all three assists in the 3-3 home draw against Rochdale. His other contribution came in the 1-0 home win against Shrewsbury Town as he provided the cross for Lee Novak to score. 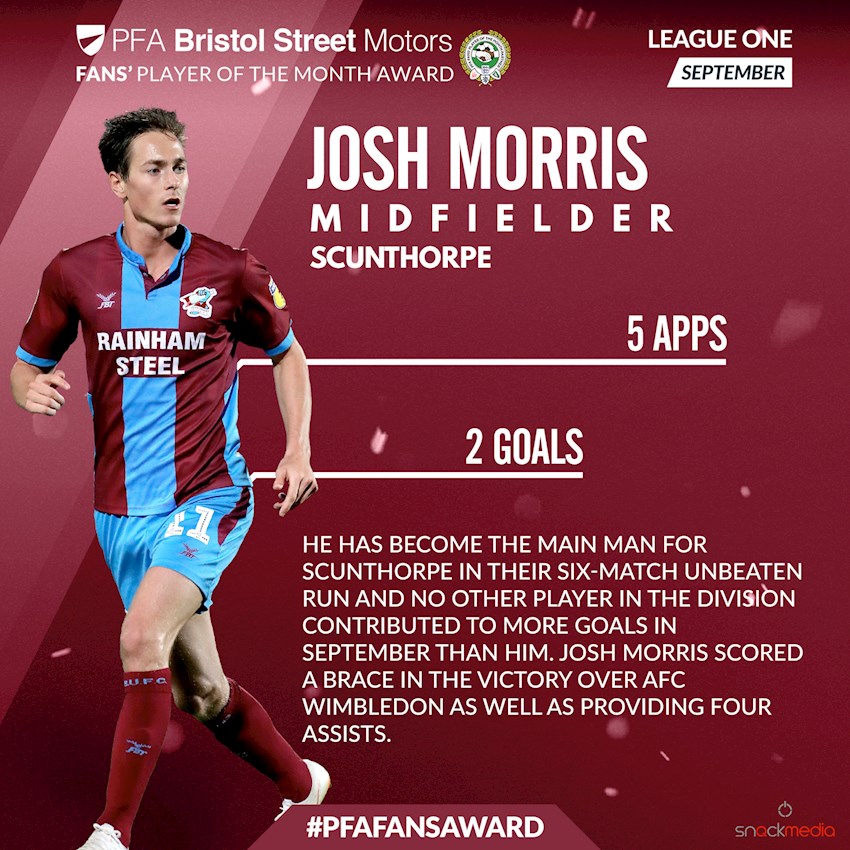 Morris adds to his nominations in United colours having already Sky Bet League One Player of the Month accolades along with goal of the month accolades during his time with the club.

It's the Iron's first involvment in these particular monthly awards since November 2017 when Matt Gilks, Cameron Burgess and Duane Holmes were in a six-man shortlist.

You can vote for Josh by using the widget below or clicking here.