They arrived at one of the schools that are partnered with the SUFC Trust, who deliver PE sessions to primary school children.

The quartet both took part in handball matches at the school, with two players assisting each team in trying to emerge victorious. The four players showed their competitive edge as Ben El-Mhanni and Ugbo took on Colclough and Humphrys across the two games.

The visit is one of a number that United have already taken part in this season, in association with the SUFC Trust, with a number of first team Iron players interacting in the community.

Following the visit, Headteacher Mrs M Potterton said: "A big thank you to the players, for taking time out of their busy schedule to come and join in with the children in their PE session.

"This kind of experience is really important for the children as they see the players as real people not just the team who are on the pitch on a Saturday. It helps to raise the aspirations of the children and shows them that hard work and determination to succeed pays off. It was great to see so many smiling faces as the players interacted with them."

The PFA's Community Liason Executive and former Scunthorpe United midfielder Dennis Leman was once again present for the visit as he observed the visit before asking the four players to complete a questionnaire on the club's involvement within the community and the importance of it. 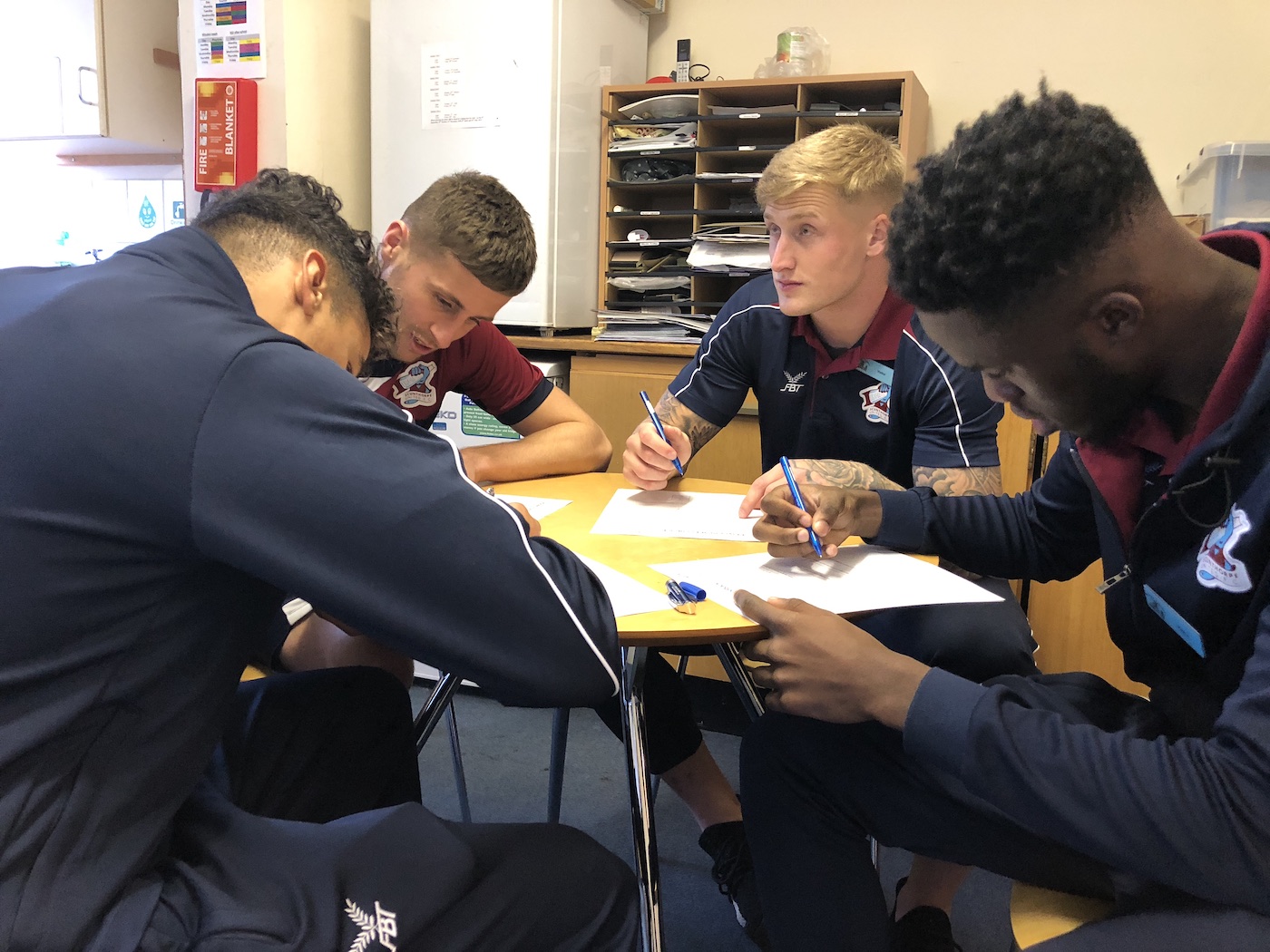 Leman, who played 38 times for the Iron between 1982 and 1984, scoring three goals, made a similar visit last season when former striker Paddy Madden visited the club's summer soccer camps and earlier in this campaign when he accompanied Humphrys and James Horsfield to Oasis Academy Henderson Avenue.

Scunthorpe United CSET aims to bring the football club and the community closer together and there is no better way of doing that than inspiring the next generation of Iron fans while coaching them in our school sport coaching programme.

They deliver sessions in many schools in North Lincolnshire throughout the week; we aim to offer diverse and high quality sessions that are age appropriate and adhere to the national curriculum.

All of their coaches are FA level 2 or above qualified and have a fully enhanced DBS check. We offer so much more than just football activities, all our coaches are qualified to deliver multi-sport activities.