As featured in our matchday programme earlier this season, Jamie White found out more about the background of Iron full-back Lewis Butroid.

What’s the earliest memory in football you can remember?
LB: The first game I went to was a Scunny game. I think I was about five at the time. I can’t remember who it was against but I can remember us winning. Peter Beagrie was still playing and my grandad used to point him out to me.

Who did you support?
LB: I supported Scunny, but I was also a big Liverpool fan. They were obviously too far away to watch every week.

When did you join the Iron’s academy?
LB: I started trialling when I was seven, but I first joined when I was eight. 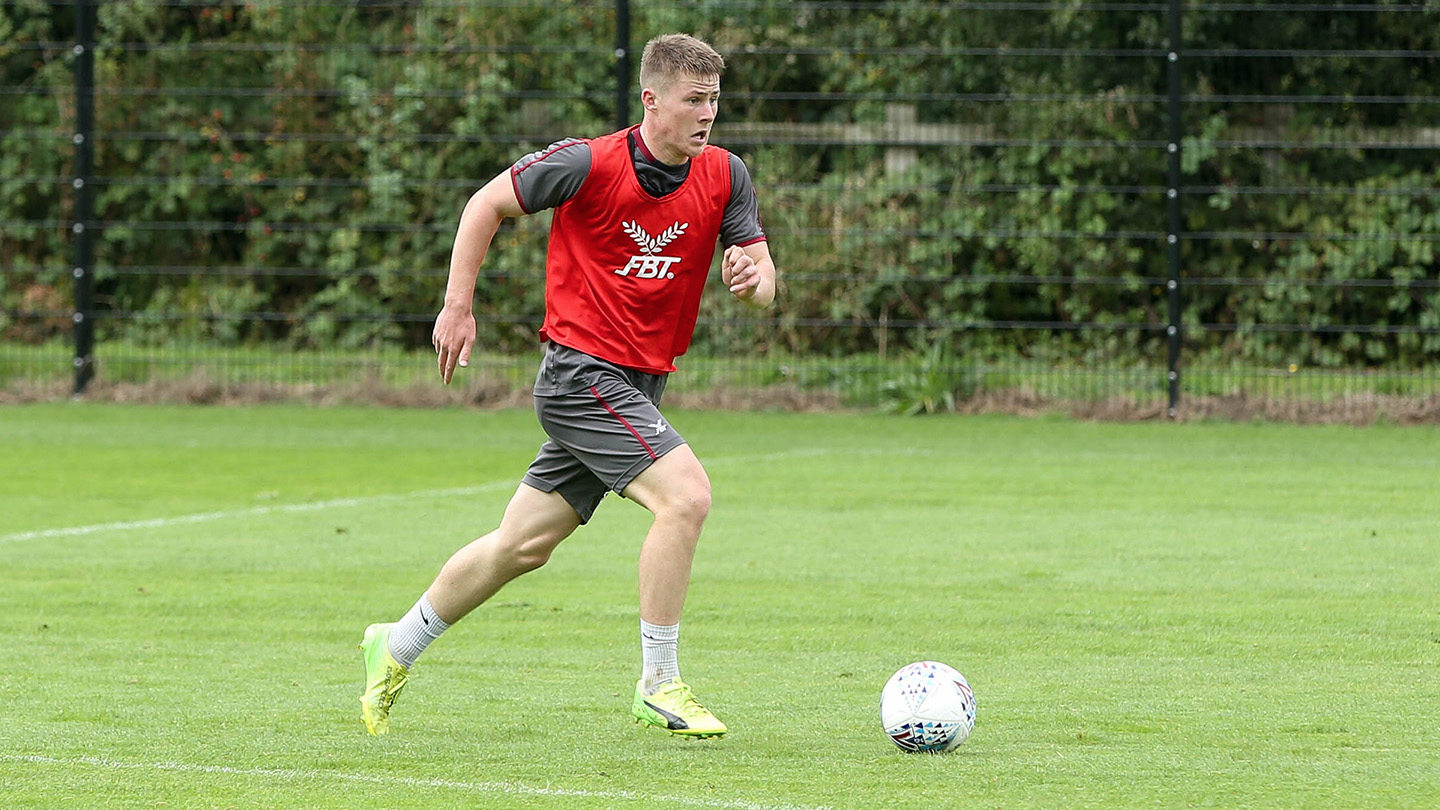 How did you join?
LB: I was playing for a local team called Marshalls, but I was on a holiday course. One of the coaches worked for Scunthorpe and he got me to trial through doing that and impressing.

Who has been your biggest influence in football to get to the point you are at now?
LB: I would say my grandad. He was the one who brought me to games when I was little and came to all of my games when I was a kid.

Who was your football idol?
LB: Steven Gerrard would be my idol. When I was growing up it was him and it still is.

Have you met any of your idols?
LB: I have never really met any of them, to be honest. It’s something I wish I could do.

Have you always been a full-back?
LB: I came to the club as a striker. I was a central midfielder when I was about 15 and then it wasn’t until I was 16 when I moved to left-back because of an injury.

Was you into any other sports when you were growing up?
LB: I’m a big cricket fan. I used to play that when I was growing up. I’ve had to stop playing now, which is unfortunate but it’s what you have to do if you want to excel in one sport. If I couldn’t play football, I would probably be playing cricket instead.

Who was your favourite artist/band?
LB: Probably Coldplay because they were quite big at the time.