We spoke to ex-New Zealand international and former Iron player David Mulligan. Now 36-years-old, the Liverpool-born versatile defender and midfielder is Head Coach at East Coast Bays, where he has been since 2016.

Following just over two successful seasons in red and white, his colours were about to change to claret and blue, with Mulligan about to become an addition en route to the second promotion in his career.

United would end up storming the division, with Mulligan on the teamsheet on 29 occasions, popping up with one League Cup free-kick which helped overcome Lincoln City and an even more important league free-kick. The kick, in question, would end up being a vital goal in a home win over Gillingham, as the Iron attained a further three valuable points.

He spoke on how it came about that he joined the Iron, before recalling that campaign. He said: “I had a few meetings with Brian Laws (at the service station in between Doncaster & Scunthorpe), he spoke of his plans for the team that year and how good the squad was going to be.

“Brian Laws was well known for getting the best out of his players, which he did that year with everyone. We won the league and got promoted to the Championship. Winning the league was massive for myself and the club.

“Brian had put together a young squad, especially the likes of Billy Sharp and Andy Keogh - who were a consistent threat. Then we had the likes of Matt Sparrow in midfield, Andy Butler and Marcus Williams as the back, who all went on to have great careers.”

ON RETURNING TO NEW ZEALAND AND HIS INTERNATIONAL CAREER…

A New Zealand return was always on the cards, according to Mulligan. It was something he put into action in 2008 after a loan move to Grimsby Town and then departing the Iron permanently for Port Vale. His short stint with the Valiants came to an end and Wellington Phoenix would be the first of four clubs in New Zealand to have his services before he retired from playing in 2015 at the age of 33.

“I always had an idea of coming back to New Zealand,” he said.

“It was more of the lifestyle change, rather than football. There’s nothing better than playing football in the sun!”

Mulligan would be capped at all levels from Under-17s, where he would get three caps and score two goals, through to the senior set-up. He would earn a total of 28 senior caps for his country, scoring three goals between 2002 and 2010. Ironically, all three of his international strikes would come during his time at Scunthorpe.

“I was born in Liverpool and moved over to New Zealand when I was five years old,” he explained.

“Having spent most of my time there, I was able to play in all grades for New Zealand – Under-17s, Under-20s, Under-23s and the All Whites. I played 31 times for my country, going to two Confederation Cup tournaments and to the 2010 World Cup in South Africa, which was amazing. We ended that World Cup unbeaten.

“The three goals I scored were in the qualifying games against Vanuatu. We had to win both to qualify for the World Cup Play-Offs. In one of the games I scored a free kick, which I was pretty happy about, as I used to practice every day - so it paid off.” 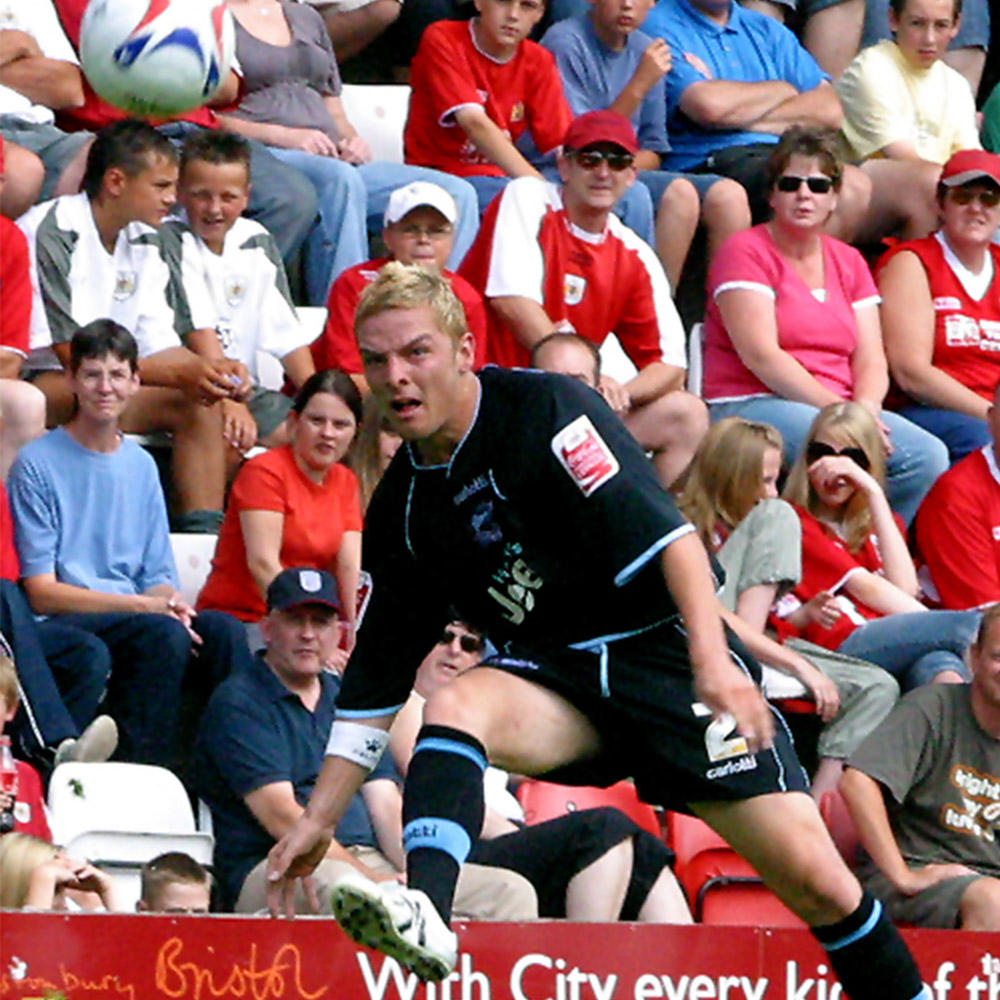 ON THE END OF HIS PLAYING CAREER AND INTO COACHING…

With a neck operation calling a halt to his time on the pitch, he turned to coaching and is currently the Head Coach at East Coast Bays, who play in the Lotto Sport Italia NRFL Premier Division. They are located in Northcross, North Shore City of New Zealand.

“It’s going great - I had a neck operation a few years ago so I basically had to stop playing football,” he continued.

“I knew I wanted to stay in football, but I wasn’t sure in what role that would be. I started doing my coaching badges, which I wish I did when I was still playing, as you see a different side of the game. I hope one day I can send a few players over to England, so they can have a chance that I’ve had.

“We have some talented young kids in New Zealand, but they just need that chance.

“In fact, I’m coming back to England next season with our youth team; a group of 16/17-year-olds. We are planning on doing a tour around England. The plan is to play against other academies, so maybe bringing them to play against Scunthorpe is an option.

“I also work for New Zealand Football during the day, which is my full-time job - life after football!”

ON THE REPUTATION OF CLAYTON LEWIS IN NEW ZEALAND…

One of those “talented young kids” that Mulligan referred to above, that has been given a chance by the Iron is Clayton Lewis, who joined the club towards the end of 2017. A player he rates highly, Mulligan explained the reputation he’d gained back home and the promise he has shown.

Lewis netted on his Iron debut in the Checkatrade Trophy against Doncaster Rovers back at the end of October. Given time to adapt, Mulligan tips the midfielder for success.

“Clayton is a player who is a household name over here,” he stated.

“Technically he has the attributes to succeed, given he has time to progress and understand the English style of play and adapt to the English lifestyle. He’s still only young but he has a bright future. If he has the right attitude and work ethic, then he will have no problem reaching that level.

“He likes to have the ball to feet, looking for the pass to unlock defenders. He’s a player that is always wanting to be involved - a player with a smart football brain.”