It was just the 'B' side in action on Wednesday at Sheffield, as they took on Huddersfield Town's 'A' string.

The game was a 13-goal thriller, which saw the outcome swing from one team to the other, until an on-the-buzzer strike saw United lose 7-6. 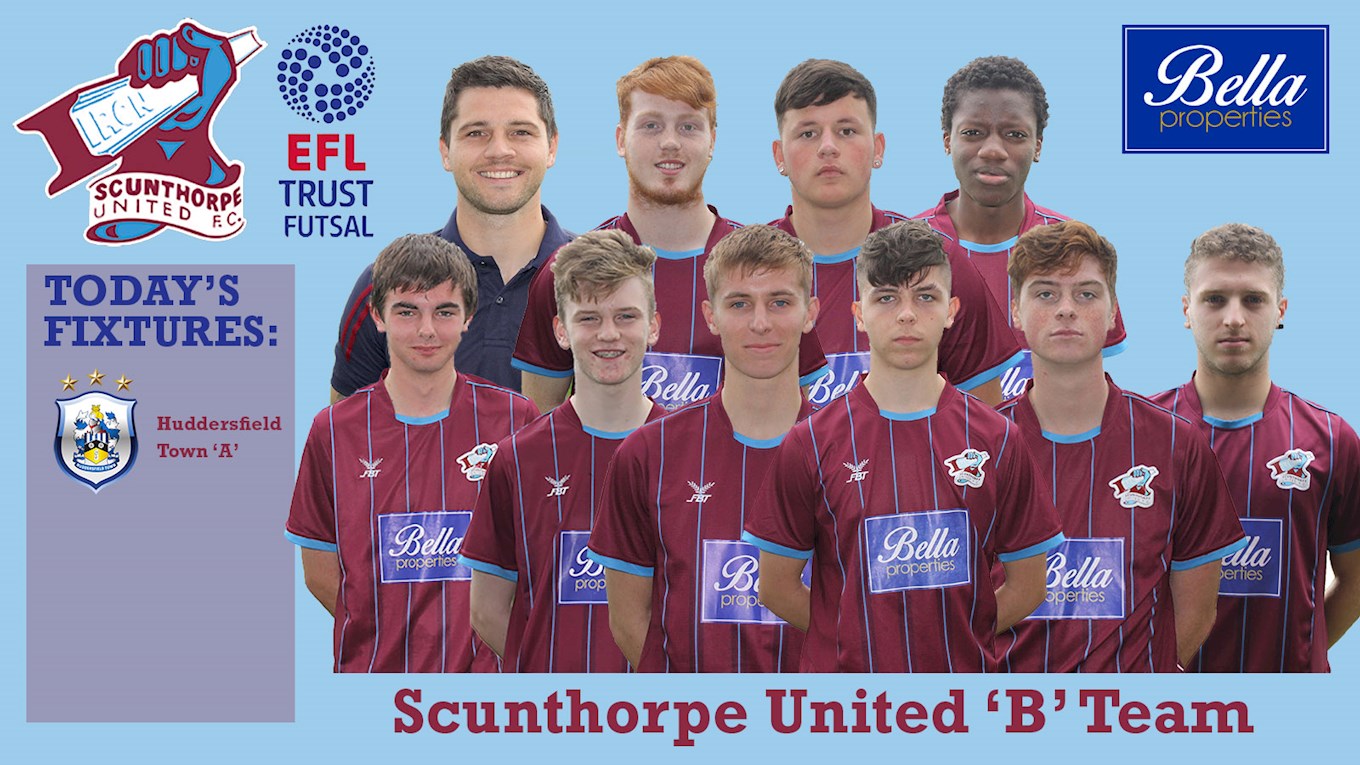 The Iron fell behind by three goals to nil before staging a remarkable comeback which saw them net six unanswered strikes. Ryan Farnham (back row, centre-left) got one back, before Ashley Simpson (front row, centre-left) netted the first of his hat-trick. Elso Junior (back row, right) got the third before Simpson netted his second to complete the comeback to make it 4-3. Morgan Smith (front row, second left) made it five before Simpson notched his hat-trick. The scoring wasn't finished there though, as Huddersfield hit back with three further goals to make it 6-6 before landing a final suckerpunch as the clock ticked to zero - the winning goal hitting the net just ahead of the buzzer to give the Terriers all three points.

Not in action this week on a Futsal pitch, players from the A, C, D and E teams featured in an eleven-a-side match against Scarborough.

They emerged victorious with only one goal as a reply to five that the Iron netted. Ben Johnson grabbed a hat-trick against the side, while Jonty Jackson and Ashley Simpson (who returned from the 'B' team game to feature) also found the target in the win.

They continue to top their division with a 100% record.