Last week saw the 'C' and 'D' sides travel to Sheffield EIS for their Development fixtures. 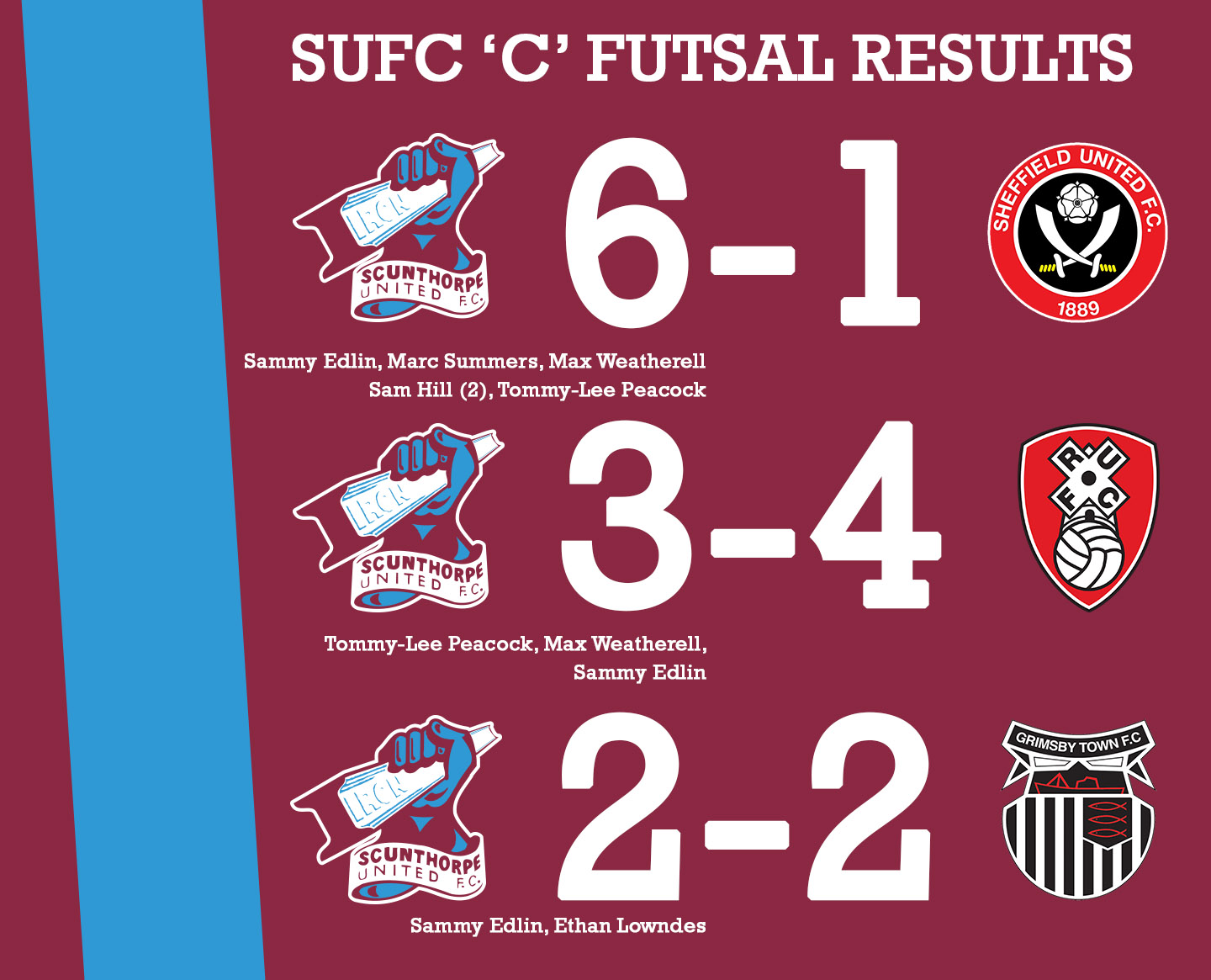 With three fixtures to play, the Iron's 'C' team came out with all three outcomes on the day, but were largely disappointed not to have collected all three victories.

Sammy Edlin put the side ahead against Sheffield United's 'B' side early on before goals from Marc Summers and Max Weatherell put United in a commanding 3-0 lead at the interval.

Sam Hill would make that 4-0 after half time before the Blades pulled one back. A second goal from Hill would restore the four-goal deficit before Tommy-Lee Peacock added a sixth.

The player who scored last against the Blades would open the scoring against Rotherham United's 'A' team in game two. Weatherell would make it 2-1 to Scunthorpe shortly after the Millers equalised and the sides would be level again soon after.

Edlin would make it 3-2 as the side took the lead for the third time but the Iron were again pegged back before the Millers netted the winner in a tight game won by the better team.

In the final encounter, Scunthorpe came up against a Grimsby Town 'D' team in a local derby. Edlin and Ethan Lowndes would put the side in a commanding 2-0 position at half time, but in what was a game of two halves the Mariners drew level and snatched a point. The equaliser came just 30 seconds from the buzzer. 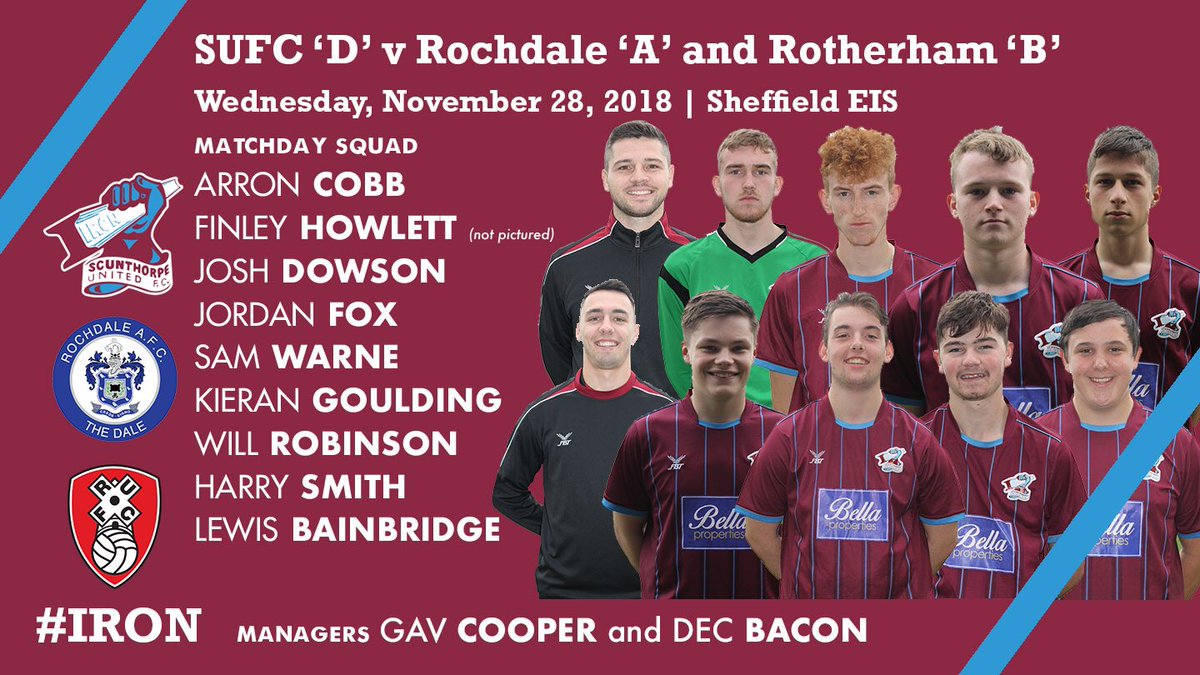 Following a no-show from Rochdale, the Iron's 'D' team took part in just one fixture on the day - against Rotherham United.

It would end in the same defeat against the Millers' 'B' team. Finley Howlett netted a brace as Scunthorpe came from 1-0 down to go 2-1 up before Jordan Fox made it 3-1.

The Millers brought the scores back level to 3-3 at half time, but it would be Rotherham who netted the solitary goal in the second half to take the victory - despite the Iron failing to take a number of chances. 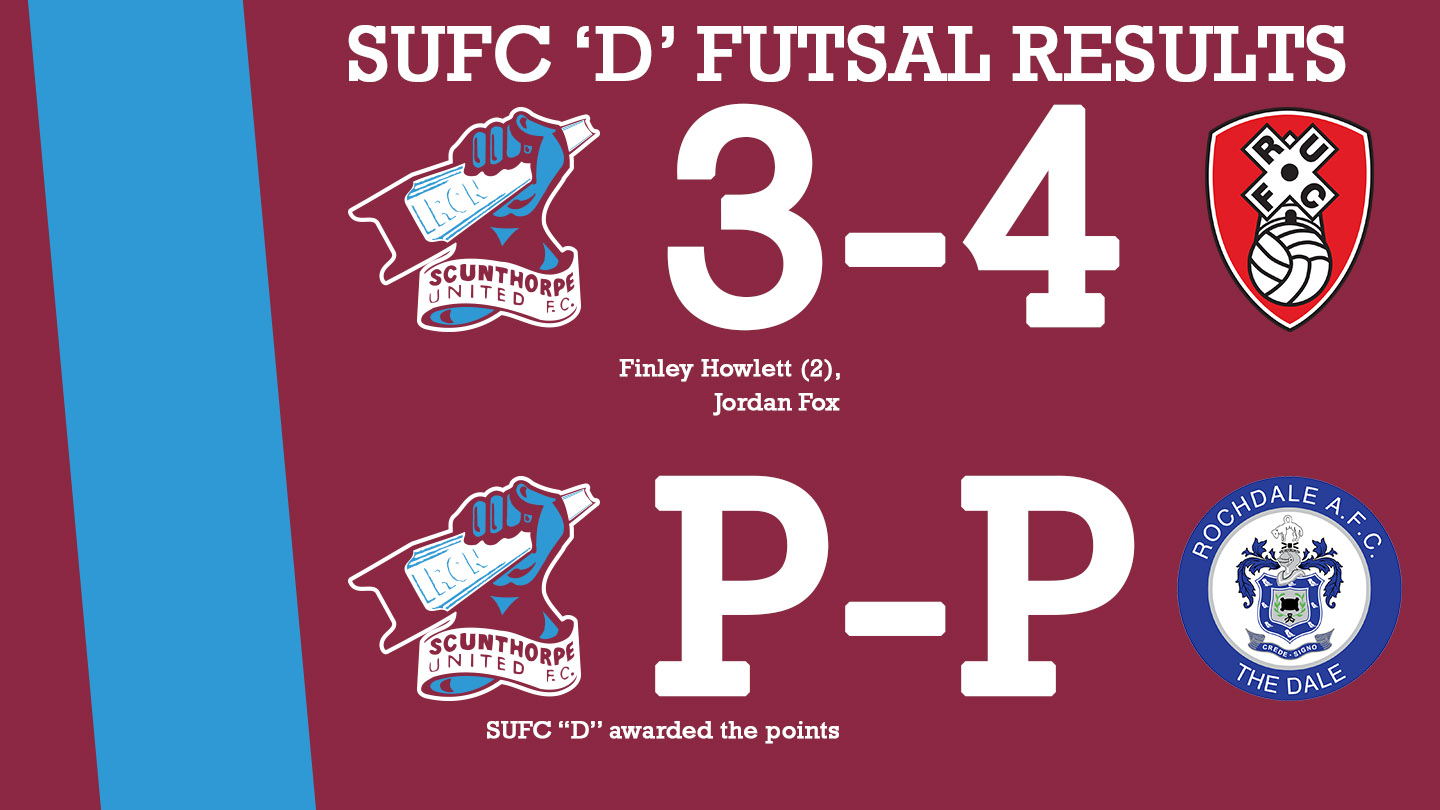