The Iron take on Wycombe Wanderers for their final game of 2018 on Saturday (3pm kick-off). 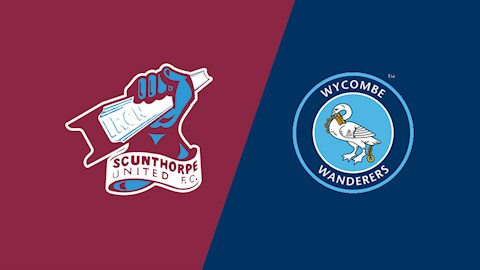 The game will see United look to return to winning ways following the 2-0 home loss to Luton Town on Boxing Day, and seek to climb the table after falling to 23rd position as a consequence of that result.

Wycombe haven’t won in three and were defeated 3-1 at Burton Albion on Wednesday.

Despite losing to the Chairboys’ in the reverse fixture earlier on in the season at Adams Park, the Iron have had a decent record against Wycombe of late and were previously unbeaten in four matches against the team from Buckinghamshire.

However, back in October, Craig Mackail-Smith netted an injury time winner, as Wycombe came from behind to beat Scunthorpe 3-2.

Goals from Ryan Colclough and Stephen Humphrys fired the Iron into an early 2-0 lead after ten minutes, before Dominic Gape pulled one back for the home side just before half-time. Fred Onyedinma then levelled the scoreline, before Ryan Allsop in the Wycombe goal was dismissed and Mackail-Smith smashed in the winner.

Previously, in the 2013/12 season, both fixtures ended in a share of the spoils, with the two matches finishing 1-1 and 0-0 respectively.

The Iron last beat Wycombe emphatically in 2012, winning 4-1 on that day, with Andy Barcham at the double for Scunthorpe, whilst Paul Reid and Jon Parkin both also got on the scoresheet.

The best-known name in the Chairboys' ranks is striker Adebayo Akinfenwa. Also known as ‘The Beast’, the striker has a valuable reputation for causing defenders problems everywhere he goes.

Akinfenwa joined Wycombe in 2016 and has scored 29 times for the club, helping Wanderers’ secure promotion from League Two last season.

The target man had previously made a name for himself playing in the EFL for the likes of Northampton Town, Gillingham and AFC Wimbledon.

It was here where he earnt the status of being ‘the strongest man’ in football and his goalscoring record to go alongside that earnt the big striker a move to Adams Park.

So far this season, Akinfenwa has appeared 19 times for the Chairboys’, netting five times in all competitions, and he is sure to be a massive threat leading Wycombe’s front line.