The Iron return to the Sands Venue Stadium for their second home league game of the season on Saturday when they play host to Carlisle United (3pm kick-off).

Neil Cox searches for his first win at Scunthorpe United manager following one draw and a narrow defeat in the two Sky Bet League Two games so far, scoring once and conceding twice in total.

Meanwhile, the Cumbrians arrive in North Lincolnshire with three points on the board following a win and a defeat.

Last weekend's 2-0 win over Southend United at home was Carlisle's first win in four games in all competitions so far this season, with the previous three all ending in defeats.

Fleetwood Town, Oldham Athletic and Cambridge United all managed to put three goals each past them in their respective games in league and cup, with Carlisle managing one goal across those games. They did keep their first clean sheet last weekend, however.

It's been a relatively quiet September in terms of transfers for the Cumbrians, who welcomed Ethan Walker on loan from Preston North End in mid-September, while allowing Harry McKirdy to go to Port Vale on a free transfer.

Jack Iredale, Gethin Jones and Rod McDonald were the trio heading out of Brunton Park. Mike Jones also left the side towards the end of July.

Kenan Dünnwald-Turan made his debut for the Iron last weekend at Crawley, partnering Ryan Loft up front who is in line to take on his former side this weekend.

That was the only change to Neil Cox's team, with Abo Eisa settling for a place on the bench last time out.

Harrison McGahey was forced off through injury at half-time last weekend and is now set for around five weeks on the sidelines with a hamstring problem.

United will definitely continue be without forward Kevin van Veen who underwent a knee operation last Friday, although Emmanuel Onariase (hernia), Jordan Clarke (calf) and Olufela Olomola (hamstring) are all nearing a return to action, with one or two likely to feature against Manchester City Under-21s in the EFL Trophy in midweek.

Jai Rowe (knee) is still sidelined for this match, while John McAtee's fitness will be assessed after returning to training this week following a fortnight of self-isolation after coming into close contact with the Iron's player who tested positive for COVID-19 three weeks ago.

Last season's solitary meeting was the first for six-and-a-half years with the game settled by a player who has since switched sides.

Ryan Loft got the only goal of the game in what was a smash-and-grab affair at the Sands Venue Stadium.

The meeting before came in the campaign which saw Scunthorpe relegated to League Two, although a brace from Akpo Sodje and a strike from Paul Reid did give the side three points on that occasion.

Scunthorpe United won their first three points of the season on Saturday against Carlisle United after Jordan Hallam broke the deadlock in the first half.

Three minutes into the game, Ryan Loft looked for an early chance against his former club. He knocked the ball past Aaron Hayden but fouled the defender.

Four minutes after, Lewis Spence was dragged down after a neat first touch, following pressure on the Carlisle back line. A free kick was given to the Iron but was cleared for a corner.

From this, the corner was headed clear before the cross was gathered by the Carlisle keeper after being put under pressure by Loft.

13 minutes on the clock, another chance was created for the Iron. Tyler Cordner flicked on a throw with Frank Vincent after he saw a shot blocked before Spence’s attempt was deflected over.

On 17 minutes, a tremendous save was made from Rory Watson as he pushed Ethan Walker’s shot around the post before they had a chance to lead.

Three minutes later, the Iron were swift on the counter-attack as Alex Gilliead received the ball outside of the box before he fired wide of the target from 30 yards out.

27 minutes in, Watson saved a shot from Walker again. The ball was fired at the near post but Cordner fortunately cleared.

With 34 minutes played, Mason O’Malley overlapped down the left side and met the ball with a cross into Loft who collided with a Carlisle defender, which then went out for a goal kick to the visitors.

It was Jordan Hallam who broke the deadlock on 36 minutes. As he ran down the right side, he fired a low shot across goal, going past Paul Farman, following Gilliead's throughball.

On 48 minutes, Loft outmuscled a defender down the left side before he saw his cross was deflected behind for a corner. Myles Hippolyte then fired wide from the corner.

Spence and Hallam worked well together before Gilliead angled in a cross which was turned behind for a corner. Jacob Bedeau rose highest from the corner, but the ball went wide.

Three minutes after on 57 minutes, another superb save was made from Watson as a header went wide towards the target, but he pushed it out.

Then, there was great play from Loft on the nearside as he brushed past his man before he looked to play the ball to meet Hallam’s run. Paul Farman was out to slide in and gather it.

On 80 minutes, Carlisle's Walker came out with the ball on the edge of the box and curled in a shot across the goal, but the ball dropped wide.

Three minutes after, Hallam was slipped in on goal after a through ball by Alfie Beestin, but it was fired over.

Three minutes into added time, Hallam was fouled but the referee wasn’t interested. Loft was fouled soon after on the edge of the box and a free kick was given to the Iron.

Hippolyte took the free kick, but Farman beat the ball over for a corner. 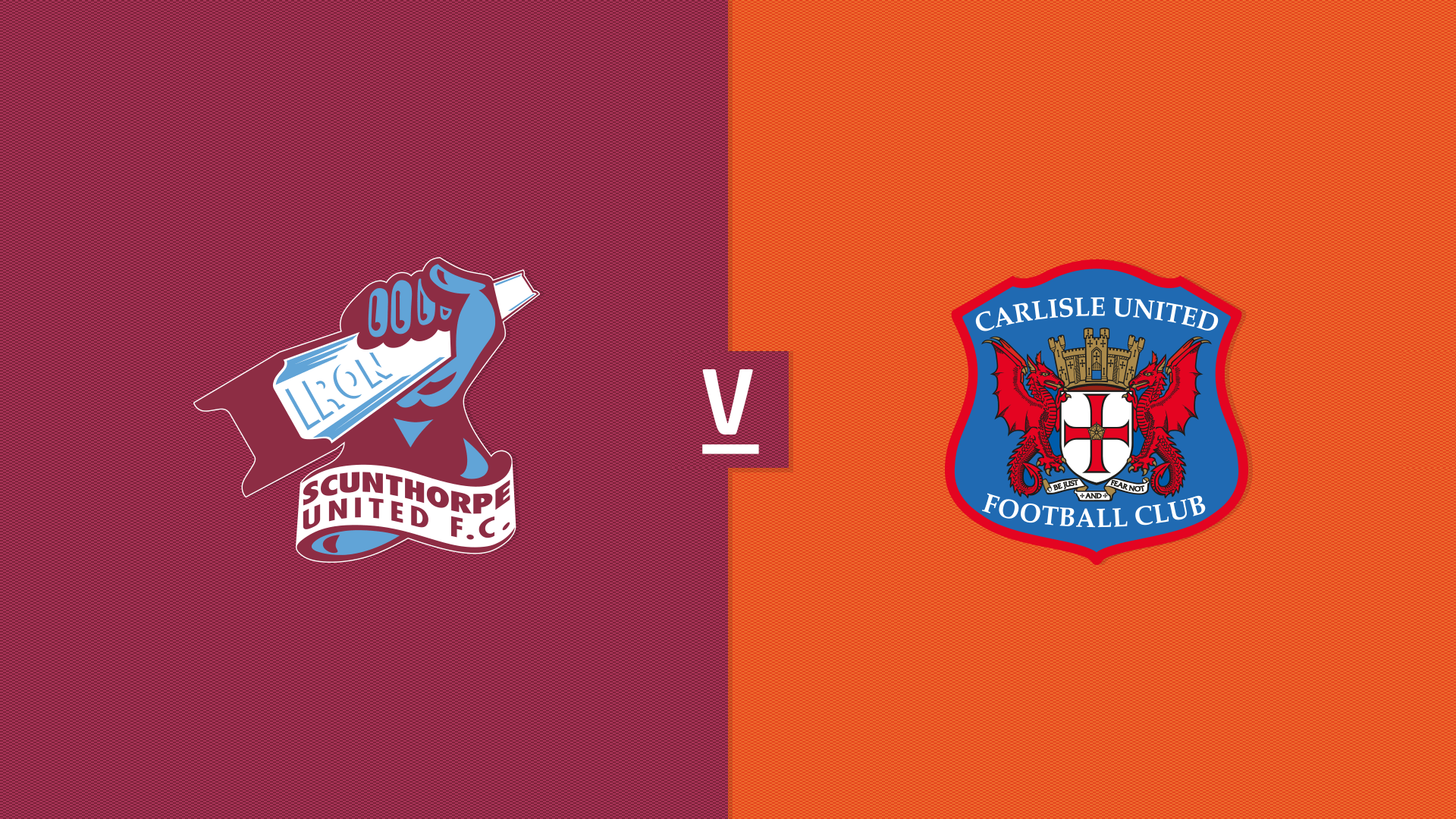 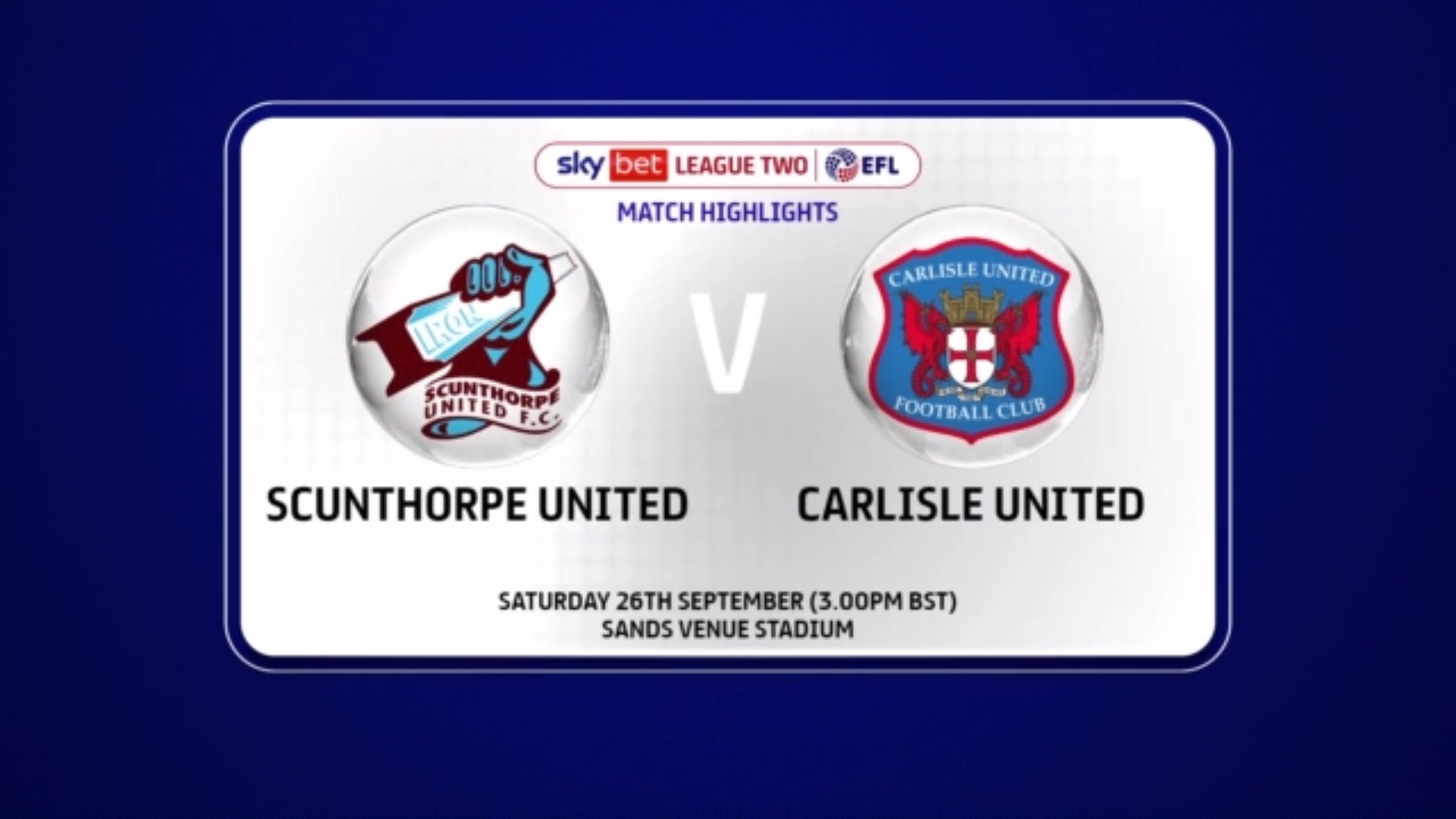 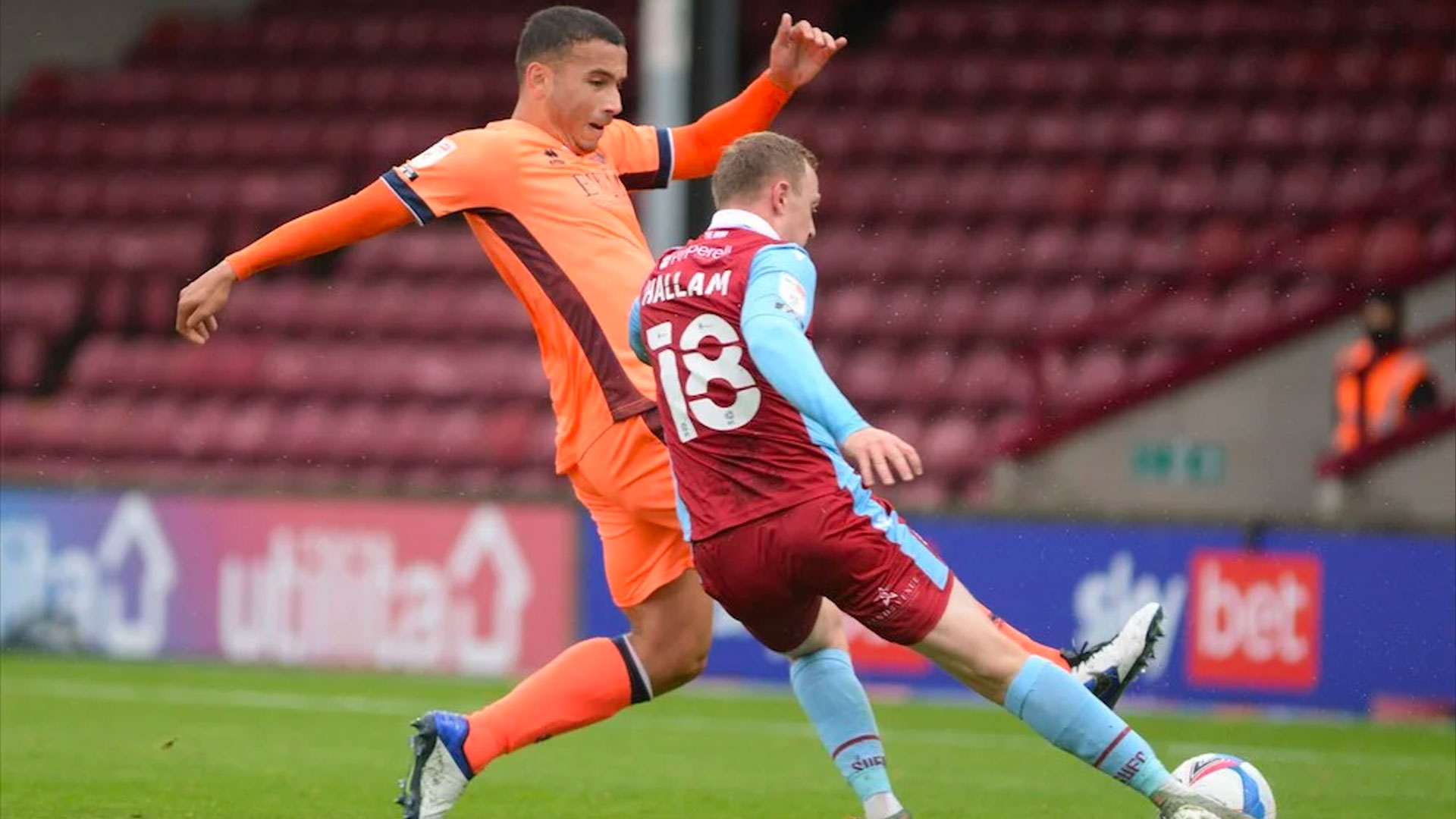