The Iron get their away league campaign underway with a long distance trip to Crawley Town this Saturday (3pm kick-off).

The match will be the first away league encounter that the Iron have faced in 198 days, since the midweek away trip to Swindon Town back in March.

First Team Manager Neil Cox takes his Scunthorpe side to the People's Pension Stadium looking for his first win in charge of the club after taking a point in the opening day fixture at home to Newport County.

With Carabao Cup elimination for both sides almost a fortnight ago, the teams have had a clear week to prepare for this fixture.

The side face the Red Devils, who finished in 13th position last season with 48 points from 37 games.

Crawley Town come into the game having lost all three of their matches in league and cup so far. They were beaten 3-1 against Millwall in the Carabao Cup before being edged out 2-1 against Gillingham in the EFL Trophy. They began their Sky Bet League Two campaign with a 2-0 away defeat at Port Vale.

Their two goalscorers so far in this campaign are Sam Ashford and Nathan Ferguson. Ashford was a summer arrival from Hemel Hempstead, netting on his debut, while Ferguson is in his second season with the side following a switch from Dulwich Hamlet in July 2019.

Joining the ranks at Crawley this summer, in addition to Ashford, are Tony Craig, Archie Davies, Tyler Frost, Zaid Al-Hussaini and Sam Matthews, while Ollie Palmer and Panutche Camara headed out.

The Reds also lost Beryly Lubala to Blackpool in early September, but they have recruited three more since - Jake Hessenthaler from Grimsby Town, Tom Nichols from Bristol Rovers and Tom McGill on loan from Brighton and Hove Albion.

There were six league debutants for the Iron last weekend, with Ryan Loft one of those, smashing home United's first Sky Bet League Two goal of the season from 30-yards to help the side to a point.

George Hornshaw was handed his first league appearance for the club after graduating through the academy in 2018, while Myles Hippolyte also made his maiden EFL appearance at left-wing-back following his summer switch from Yeovil Town.

Lewis Spence, Frank Vincent and Tyler Cordner were the other trio to get their first league appearances in clarent and blue.

Kenan Dünnwald-Turan was in the squad for the first time as an unused substitute at the weekend, while Devarn Green came off the bench after an enforced substitution at Lincoln City four days prior with a foot injury. Andy Dales (dead leg) missed out last week, but is fit again to be involved.

United will definitely continue be without forward Kevin van Veen who underwent a knee operation last Friday, although Emmanuel Onariase (hernia) and Jordan Clarke (calf) are both stepping up their returns.

Olufela Olomola (hamstring) and Jai Rowe (knee) are both sidelined for this match.

Rory McArdle and Matthew Lund scored the goals, and Rory Watson saved from a spot kick, as the Iron drew 2-2 against Crawley Town at the Sands Venue Stadium back in August 2019.

United are yet to win a fixture against the Red Devils since April 2015, but haven't won at the People's Pension Stadium in their history - only taking a point in three league visits.

The Iron lost 1-0 away at Crawley Town on Saturday in their first away league encounter after a first-half goal made the difference between the sides.

One minute into the game, Ryan Loft won an aerial header following on from the Iron’s kick off. Kenan Dünnwald-Turan was challenging for the second ball, but he was penalised for a foul as he went into a defender.

On six minutes, a chance was created for the Iron as Dünnwald-Turan strung a pass to meet the overlapping run of George Hornshaw. His cross was good, with the Crawley defence not dealing with the header and Loft looping his header wide.

Three minutes after, Crawley got the first corner of the game as Hornshaw tracked the ball down the left to block the initial cross. Dünnwald-Turan turned away the first low corner for another.

12 minutes into the game, Frank Vincent’s cross was headed away only as far as Lewis Spence. He shaped to volley back with interest, but the ball was taken off his toe.

With 15 minutes on the clock, Crawley got the decisive goal after Tom Nichols slotted in the opener, following a square ball across from the left side of the area.

Four minutes after, Jacob Bedeau won the ball back and looked to find the run of Dünnwald-Turan down the left side. He put pressure on the defence which forced them to clear for a throw in.

On 22 minutes, Loft was smothered by the home defence which resulted in a free kick. Vincent took the chance and it was headed across the goal by Tyler Cordner, but the flag went up for offside.

Two minutes after on 24 minutes, Hornshaw got the first yellow card of the game. He looked to slip a pass into the area, but Bulman went down screaming as he went in for the tackle, which resulted in a free kick for Crawley.

Moments later, Dünnwald-Turan latched onto a misplaced header before seeing his effort blocked. He got possession back and hung up the ball well for Spence. He tried to turn and shoot, but the hosts defended well.

With 29 minutes on the clock, the Iron won another free kick, but Crawley prevented it from being taken quickly. Despite that, the referee opted to give Dünnwald-Turan a talking-to, which frustrated the United camp.

35 minutes in, another driving run was made from Alex Gilliead as he took the ball through bodies before charging down the attempted clearance from the hosts. The ball ricocheted to a home player.

Myles Hippolyte flicked onto Dünnwald-Turan in the 41st minute, who held up the ball before teeing up Vincent. But his long-range effort was wide of the target area.

Two minutes after, Loft headed down into the path of Dünnwald-Turan, who drew a good save from Morris before he was flagged offside.

Three minutes into the second half, a chance for the Iron was created when Mason O’Malley (who came on at half-time, replacing McGahey for his league debut) was played into acres of space down the left side. He put a low ball across the box, but it was just ahead of Loft who was coming into the area.

51 minutes into the game, Cordner won a header but was penalised for a foul in the area. Despite it looking like a Crawley player who had hold of the Iron defender, with the United player brushing him aside.

With 59 minutes played, it was just off the post for the Iron. Myles Hippolyte sent a ferocious shot towards the goal with the ball curling in, but it just clipped the outside of the far post.

Gilliead made another driving run two minutes after as he skipped past two on halfway before driving down the right channel. He squeezed in a cross, but it hit the roof of the net and went out for a goal kick.

Just moments later, a tremendous reaction save was made from Watson as George Francomb’s rocket from just outside the area was pushed away for another corner.

With 71 minutes on the clock, Hornshaw slotted in a good pass to Gilliead who latched onto to the ball down the right before his cross was turned behind for a corner.

Seven minutes later, Dünnwald-Turan was pushed over and the Iron had a free kick down the left channel. Hippolyte sent in the cross to Cordner, but a Crawley defender headed away for a corner in front of him.

83 minutes into the game, Dünnwald-Turan’s shot was blocked by a Crawley player’s hand as he slid in to block. Nothing was given, other than a corner.

Six minutes after, Bedeau got an elbow in the face from the Crawley substitute McNerney and was forced off for treatment, but there were no repercussions for the Crawley man.

There were four minutes of added time but United couldn't find the equaliser. 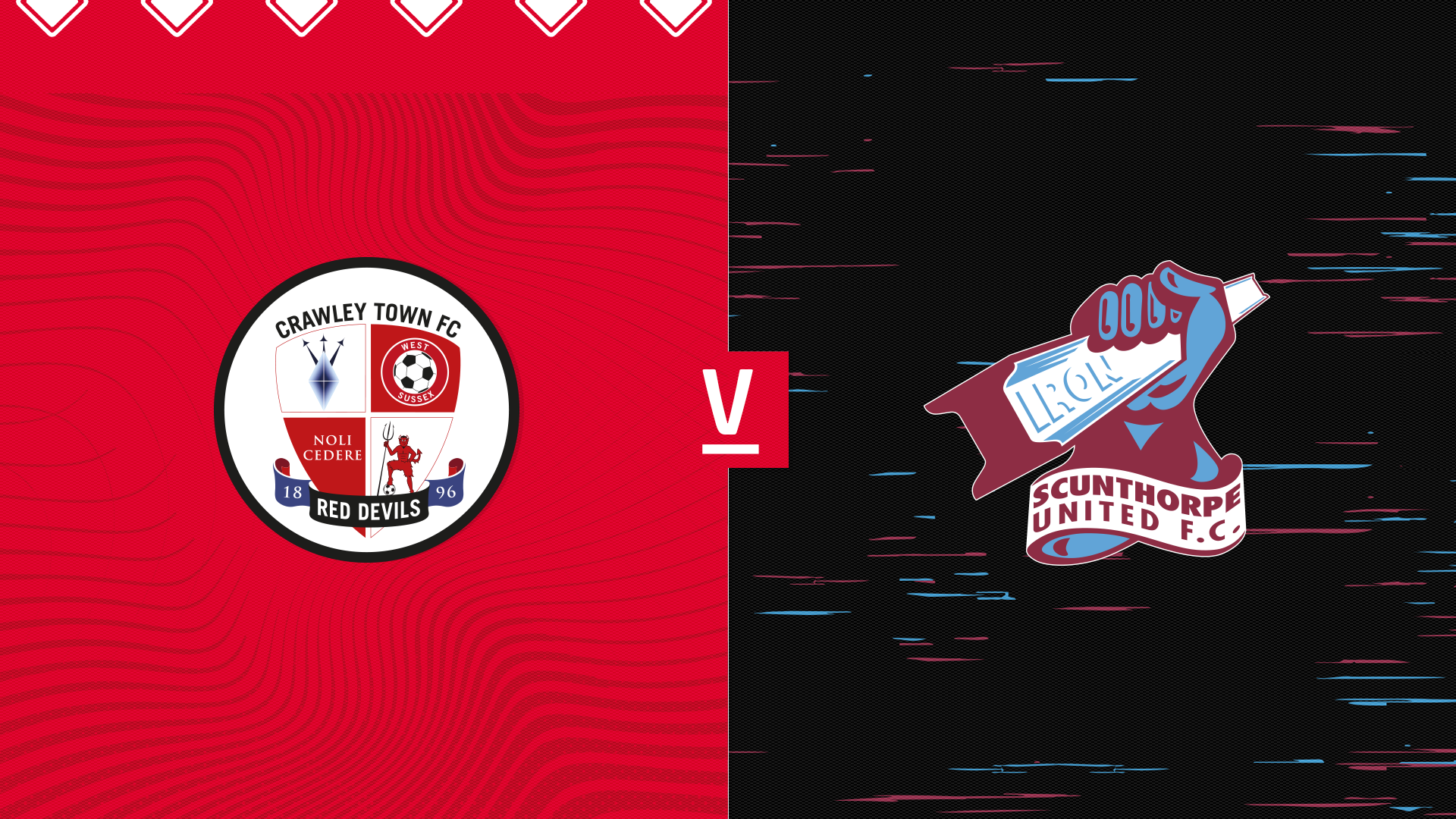 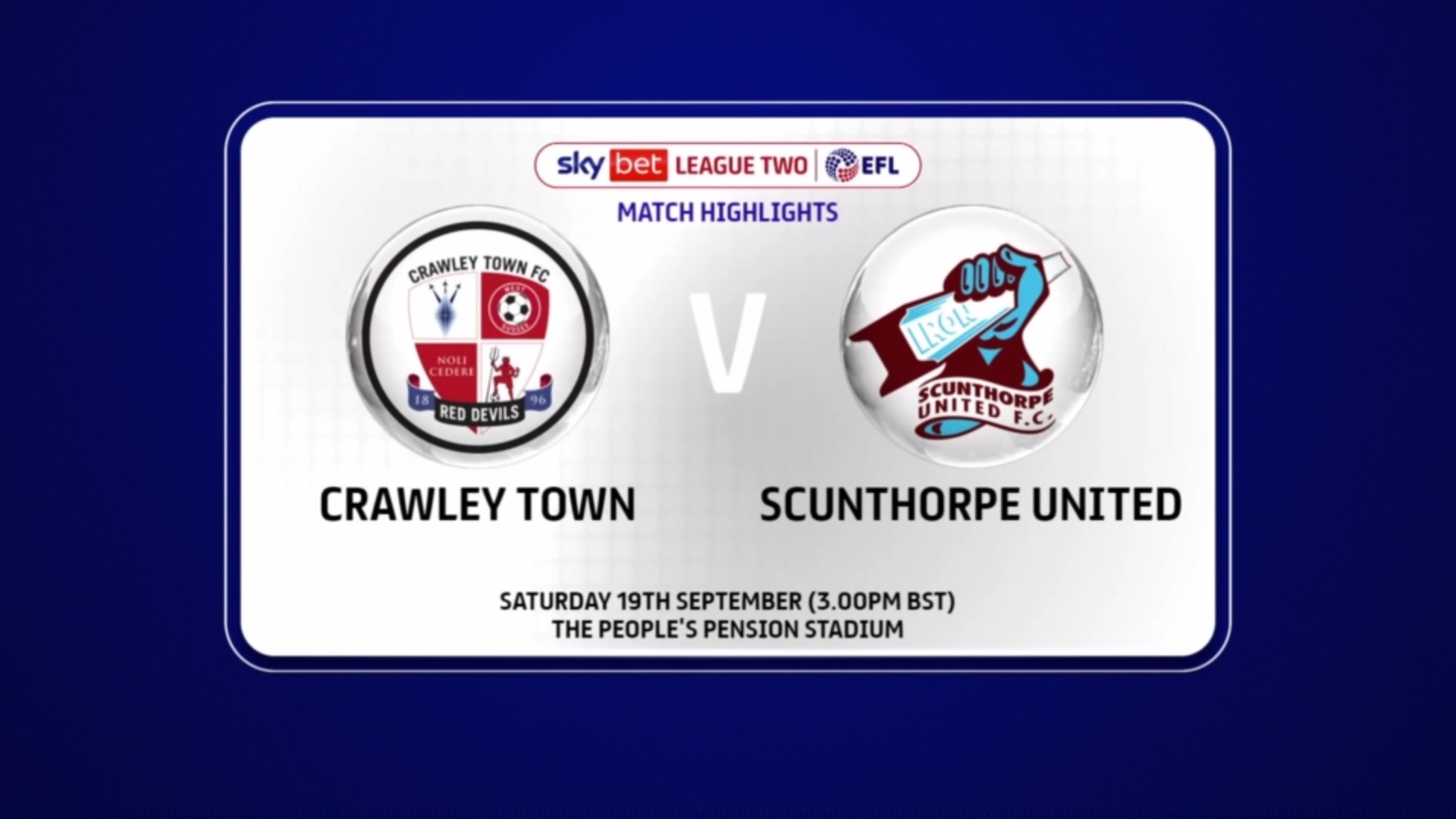 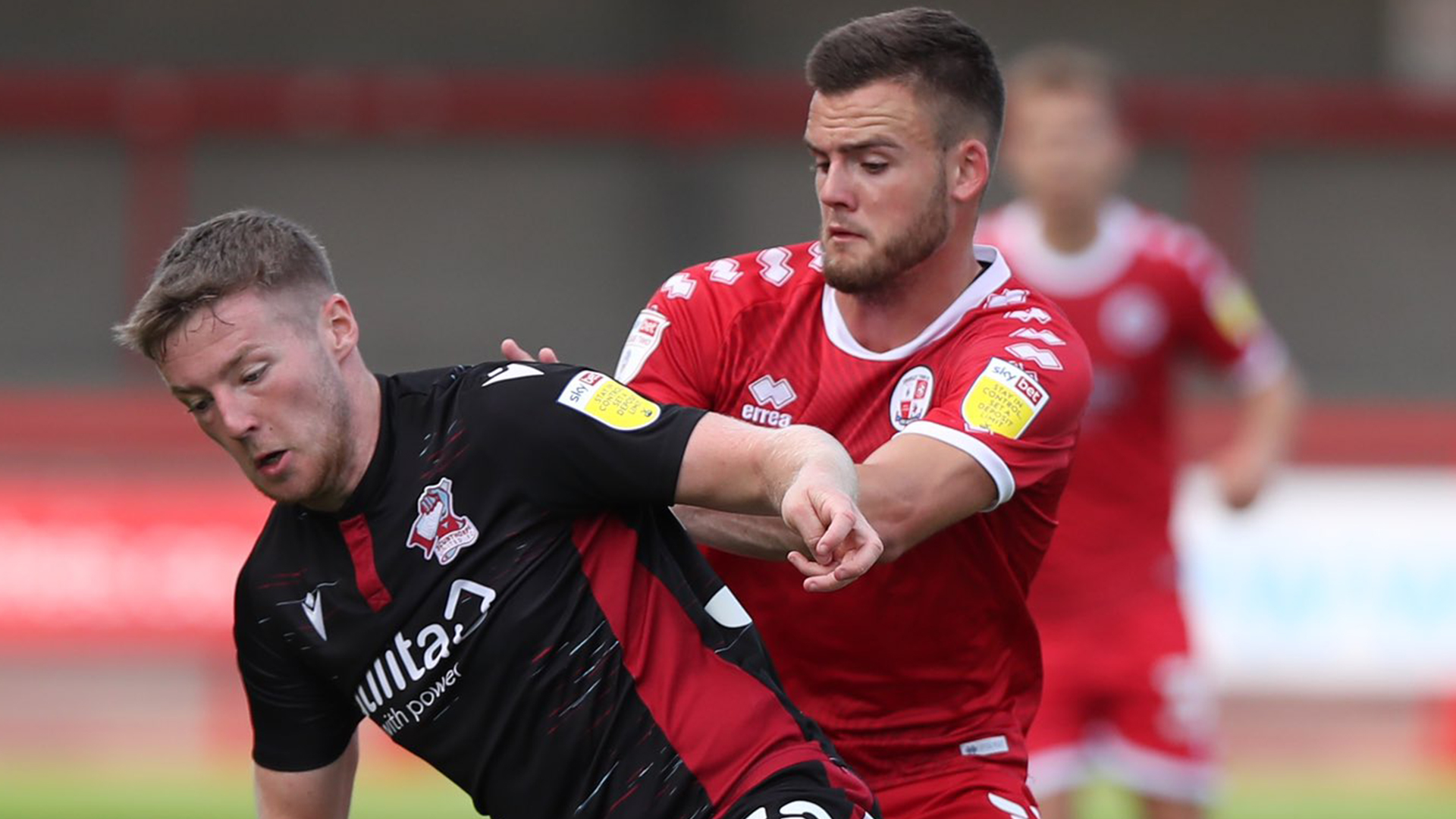