The Iron will be seeking to get back to winning ways on Tuesday when they travel to face Cheltenham Town (6pm kick-off).

Scunthorpe come into the game following Saturday's defeat to Cambridge United and are looking to get their away campaign up-and-running at Cheltenham.

The Iron come into this match sitting 21st with four points from six games.

Michael Duff's side sit third in the league with 12 points from their six games so far.

Winning four out of their six games to date this season, the Robins are yet to draw a match, losing the other two they've played. The side lost their opening day match against Morecambe 2-1, while they also lost last time they played on home soil too - a week ago when they were on the wrong end of a 3-1 scoreline against Grimsby Town.

They have, however, recorded good wins against Tranmere Rovers, Leyton Orient, Crawley Town and Southend United.

Ellis Chapman was their latest recruit on October 15th as he arrived from Lincoln City. Prior to that, Tom Sang arrived on loan from Cardiff City last month, while Matty Blair and Max Harris also made moves to Whaddon Road.

The side did lose the impressive Ryan Broom to Peterborough United in September though, along with Luke Varney who moved to Burton Albion. Andy Williams is among a number of other players who have bolstered their ranks, however.

Emmanuel Onariase (hernia) made his first league start for the club at the weekend, while George Hornshaw (hamstring) had recovered enough to take his place on the bench against Cambridge.

Myles Hippolyte serves his one-match suspension after two yellow cards at the weekend, while Frank Vincent has been ruled out with a thigh injury picked up in his substitute appearance on Saturday.

Elsewhere, Olufela Olomola (hamstring) and Jai Rowe (knee) both stepped up their return to action after being involved for the Under-23s away at Huddersfield Town last Wednesday. Rowe will be among the squad that travels to Cheltenham.

The Iron's skipper, Jordan Clarke, has resumed full training and is close to making his return to the squad for the first time in nine months.

Harrison McGahey and Jordan Hallam (both hamstring) continue to recover from their injuries, with the former joining in full training this week, while Kevin van Veen (knee) also continues his rehabilitation after his operation in early September.

John McAtee was on target back in February when the two sides last met at the Sands Venue Stadium. He netted the only goal of the game in the 17th minute.

Our last away win against them was back in March 2014 when Sam Winnall scored a brace to mark then-manager Russ Wilcox's 50th birthday with three points.

The Iron made three changes going into the game from the side that lost to Cambridge on Saturday, with George Hornshaw, Mason O'Malley and Abo Eisa replacing Myles Hippolyte (who was suspended), John McAtee and Ryan Loft.

The hosts won the first corner as play was spread to the left side, and Tyler Cordner came across to put the ball out of play.

The subsequent set-play was put into the six-yard box, with Rory Watson punching clear before the second cross was headed away. The ball was subsequently back with Robins ‘keeper Josh Griffiths.

However, just moments later the home side were rewarded a penalty, though Watson appeared to be blocked off as the ball came into the box, but the referee though there was a subsequent foul in the area by the Iron. Reid stepped up to slot home the spot-kick, sending Watson the wrong way.

16 minutes in, O’Malley and team captain Alex Gilliead worked a throw down the left before Abo Eisa and Aaron Jarvis linked-up up front. The latter was fed the ball on the left side of the area with his low shot across goal saved.

Then, a minute later, Cordner looked to feed Eisa down the right but the Iron’s number 11 couldn't quite bring the ball under control as it ran through to the ‘keeper.

Afterwards, Jarvis spotted Josh Griffiths off his line as he controlled the ball from 35-yards, with his drilled effort going wide of the right-hand post.

In the 20th minute, Emmanuel Onariase hooked clear from within his six-yard box after a cross came in from the right and was knocked down into space.

After 23 minutes, Watson was out to slide onto the ball and gather as Reid looked to break the offside trap, with the hosts feeding the ball through to the penalty area.

A minute later, Jarvis was fed into the area and spread the ball wide. Hornshaw was up to support him and saw his cross into the area headed clear.

With 28 minutes gone, after winning a free-kick on the edge of the area, Eisa took a free-kick which hit the defensive wall and rebounded away from the area.

After 32 minutes, Reid had a go from the edge of the area after working the ball into space, with Watson getting down to make the save.

In the 41st minute, after a free-kick was won on the left side of Cheltenham's half, O’Malley whipped the set-play across goal, with Griffiths opting to stay on his line despite initially coming out. The ball flashed across and out for a goal kick.

On the stroke of half-time, the Iron won a further set-piece which was taken by Cordner on the edge of the area, but the away team's wall did their job and stood up to the effort.

Early in the second half, Jarvis and Eisa looked to break the offside trap from Cordner’s throughball, but the ball skipped off the surface and to the ‘keeper.

A minute later, the hosts were awarded a free-kick on the edge of the box, with the ball teed up for the strike. The Iron wall stood strong and turned the ball out for a corner.

With 51 minutes gone, there was a double save from Watson as he first denied Matty Blair before an even better second save as he got a strong hand to Liam Sercombe’s rebound to send the ball over the bar.

There was an Iron substitution early in the second half as Hornshaw was replaced by Devarn Green, and then McAtee soon came on for Lewis Spence.

On 64 minutes, Eisa knocked the ball past Blair before he was cynically chopped down by him, earning the Iron a free-kick. Onariase knocked the free-kick back across goal but the hosts came away with possession.

At the other end, Sercombe was slipped in behind on the right side, with the ball across the box cleared by Onariase for a corner with Reid lurking in the area.

There were then a couple of corners for the hosts as Onariase cleared away the first, before the second was headed wide of the target.

With 20 minutes left, Griffiths had to come out his box to clear for a throw as Green chased a ball towards the right channel.

Then, Eisa turned into the area from the throw and saw his low cross deflected to O’Malley, who swung a left boot at the ball, with the effort flying just wide of the post.

In the 74th minute, Eisa intercepted possession with McAtee feeding it back to the No 11. He advanced into the area before his low effort was saved by Griffiths.

Four minutes later, Williams turned on the edge of the Iron area to fire an attempt goalwards which Watson superbly tipped wide for a corner.

With 10 minutes left, an Iron change was made as Loft came on for Jarvis. It happened at the start of a long delay in play when George Lloyd came off worse in a 50-50 with Onariase and had to be stretchered off.

Soon after play restarted, the third Iron substitute connected with a left-wing cross from O'Malley and glanced a header just wide of goal from the left side of the 12-yard box.

Cheltenham then had a chance as Watson made the save from a driven effort from Chris Hussey.

Soon after, on the counter-attack after an Iron free-kick into the box was cleared, the hosts broke and the ball was played to Williams, who fired wide of Watson's bottom left-hand post.

Gilliead’s shot was then deflected just wide for a corner after he was teed up by Onariase. The latter of those players connected with the subsequent set-piece, which was deflected wide for another corner, but nothing came from the next one.

There were no more real chances and the hosts emerged victorious by the single goal.

The Iron return to action on Saturday when they visit Exeter City (1pm kick-off). 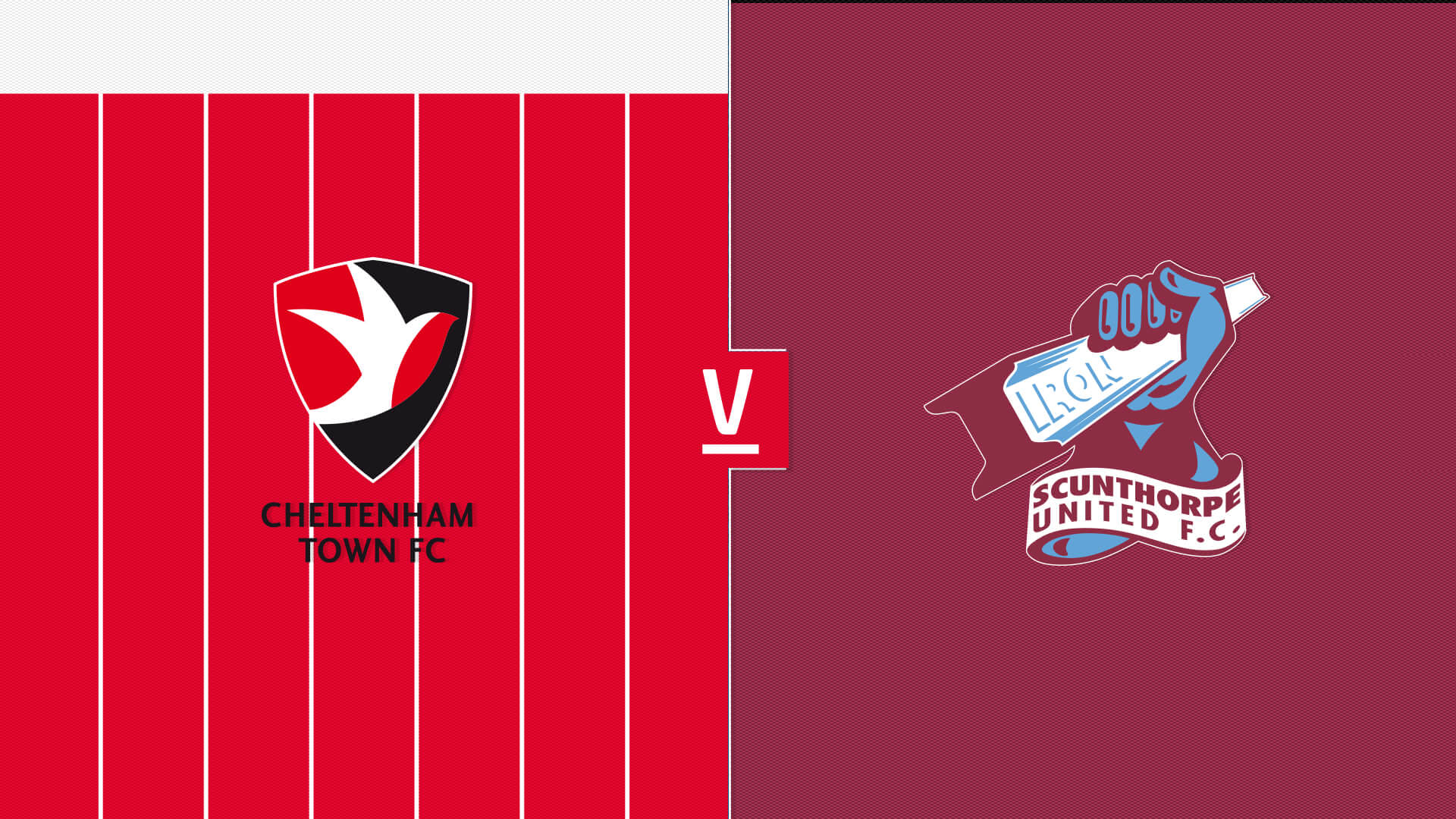 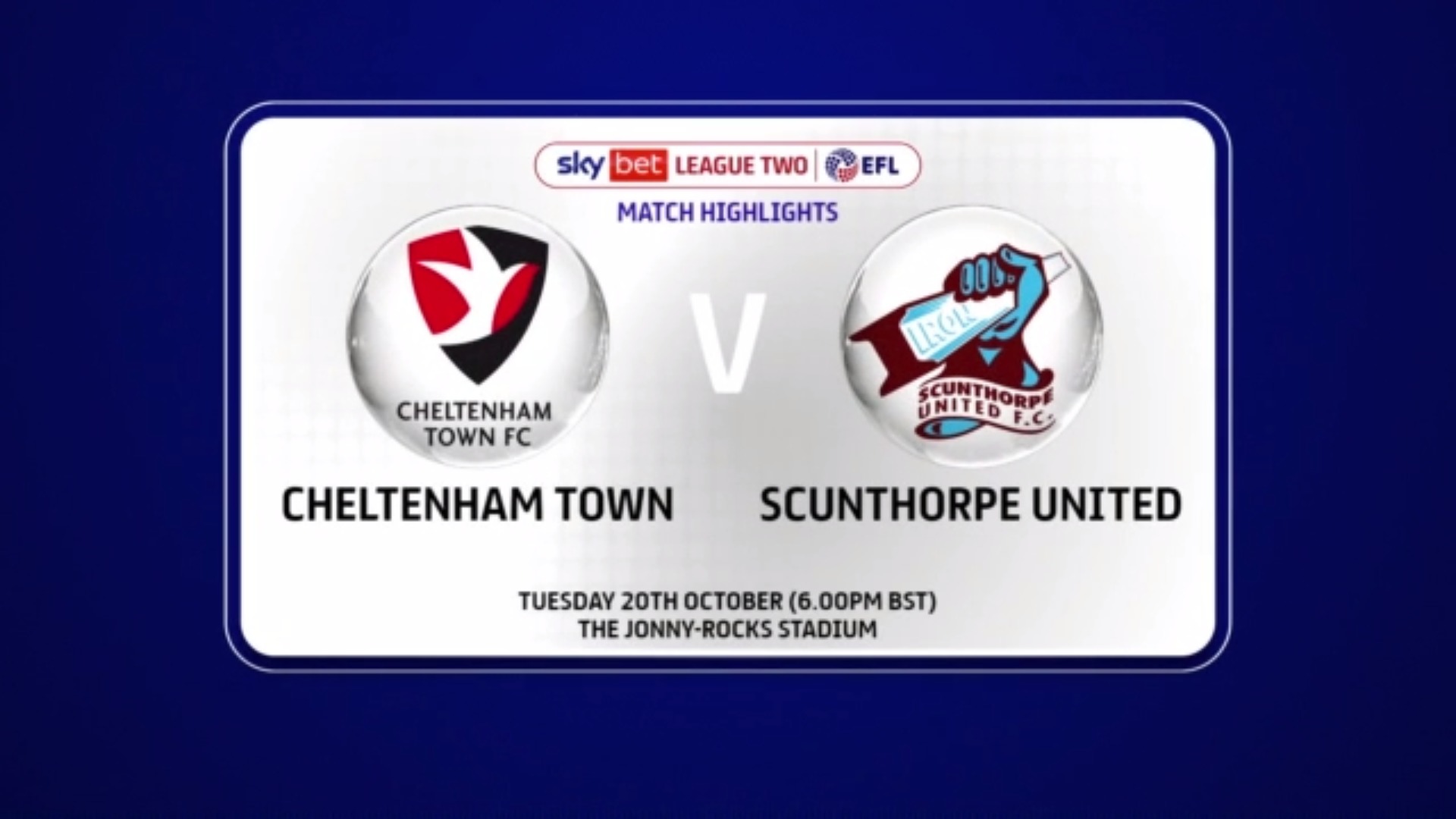 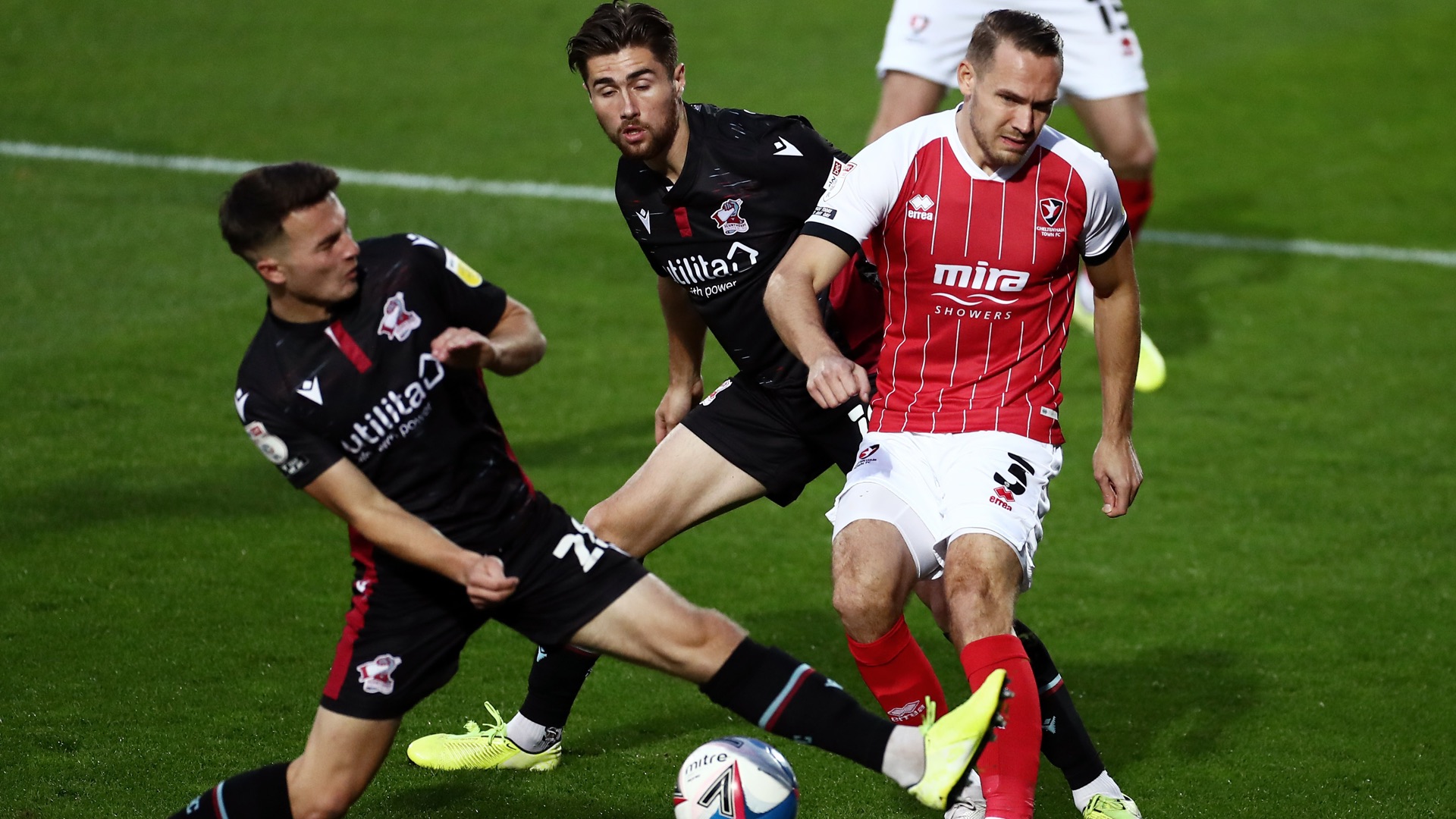