The Iron will be looking to return to winning ways in Sky Bet League One this weekend when they travel to the Kassam tadium to take on Oxford United on Saturday 2nd March (3pm kick-off).

Stuart McCall’s side enter the game coming off the back of two tough matches against Gillingham and Doncaster respectively, and they will be hoping to pick-up their first victory in three matches on Saturday.

Kyle Wootton has been in good form for the Iron of late and will be looking to continue in the same vein this weekend, after scoring the equaliser to earn his third league goal of the season in the 1-1 draw against Doncaster at Glanford Park last time out.

Meanwhile, Oxford have been on a difficult run themselves, only winning once in their last six in all competitions. This recent run of form has seen them drop just above the relegation zone to 20th in the league table.

However, the U’s were 1-0 winners against Blackpool last weekend, and will be searching for back-to-back victories for the first time since December. Jordan Graham scored the only goal of the game, netting just before half-time, as Oxford held on to earn all three points at Bloomfield Road.

Tony McMahon, on loan to the Iron from Oxford, will miss out as part of the deal that brought him to the club.

Meanwhile, Byron Webster could also miss out with a hamstring strain.

The Iron have a decent record against Oxford United of late, having not lost against them since March 2017.

Two of the previous three encounters have ended in entertaining draws, one of the most memorable being the reverse fixtures earlier on in the season at Glanford Park, when the Iron came back from 3-0 down to score three goals in six minutes and salvage a draw.

Scunthorpe’s last success against the U’s came just last season, when Josh Morris notched the only goal of the game ten minutes from time, and the Iron will be hoping for a repeat of that scoreline this weekend.

English winger James Henry has been Oxford United’s biggest threat in attack this season. Coming off the right flank, the 29-year-old has scored 12 goals, and has provided four assists for his team, and he will be sure to keep the Iron defence on their toes again on Saturday.

The winger started his career with hometown club Reading in 2006, where he stayed for four years, but only made a handful of appearances for the Royals, after he was loaned out a number of times to the likes of Nottingham Forest, Bournemouth, Norwich and Millwall.

Then, after two successful loan spells at Millwall, Henry made his move to the Den permanent in 2010. Four fruitful years followed, and the winger went on to play 121 times and scored 10 goals in the process.

After making a name for himself there, the tricky winger left to join Wolves in 2014, before joining up with Oxford three years later. During his time with the U’s so far, Henry has enjoyed finding the back of the net, and has scored over 20 times in almost 70 appearances.

The Iron lost 2-1 against Oxford United at the Kassam Stadium on Saturday afternoon.

Despite a late consolation goal from substitute George Thomas, two second-half headed goals from Jerome Sinclair gave the U’s the victory in Sky Bet League One.

Manager Stuart McCall made three changes to his starting line-up from last weekend’s draw against Doncaster Rovers. Tom Pearce and James Perch both returned to the starting 11, replacing Oxford loanee Tony McMahon, who was ineligible for the game, and George Thomas. There was also a first United start since the opening day of the season for striker Olufela Olomola, who had spent the first part of the season on-loan at Yeovil Town.

It was a bright start for the Iron after Funso Ojo tested Oxford goalkeeper Simon Eastwood within the opening minute of the match. His initial cross into the area was cleared away, before Harrison McGahey retrieved the ball and passed it back to Ojo, whose curling effort was gathered by Eastwood.

There were then claims for an Iron penalty when Kyle Wootton ran beyond the U’s backline and challenged for the ball in the air. The striker got to the ball before the goalkeeper, heading it goalwards, but Wootton was then wiped out by the goalkeeper. Instead, the referee gave a corner to the Iron, which led to nothing.

Continuing to threaten the hosts, the Iron won themselves a free-kick just over 20-yards from goal. Three players stood around the ball, which was rolled off to Lee Novak to strike, but it took a deflection off the wall and diverted away from the target.

Oxford quickly broke up the other end following Scunthorpe’s set piece with Mark Sykes. He took strides towards the goal, but covering from left-back, Pearce got across to win an important tackle. The Leeds loanee was then rewarded for his efforts after the referee gave his side a free-kick, following a late challenge from Sykes.

The Iron were then fortunate in how their next attack played out. The ball set up nicely on the edge of their box for Sinclair, but he was tackled by his own teammate before Pearce drove forward and saw a long-range strike comfortably stopped by Eastwood.

Five minutes before half-time, Ojo nearly got on the end of a perfect long ball from captain McArdle. His searching ball found the Belgian running through, but Ojo was unable to control the ball, with the goalkeeper coming off his line to claim it.

Sutton then went close to opening the scoring. Pearce laid the ball square to Sutton, who took one touch before drilling a low shot wide of the left post from 25-yards out.

Moments before the break, an Oxford free-kick was headed away by Cameron Burgess to Sykes outside the area. He took it first time on the volley, but it was a tame effort and failed to cause Alnwick any problems.

After the interval, Pearce stepped up to take a free-kick 25-yards from goal. However, his effort lacked height with it striking the wall.

Sutton then had his second chance of the match when the ball deflected back to him. He fizzed his effort wide of the left post.

Minutes later, Scunthorpe had another opportunity. Pearce brought the ball forward and drove with it inside, his shot then ricocheted into the path of Olomola, whose driven effort flashed across the face of goal and went out for a goal-kick.

However, Oxford took a 1-0 lead in the 66th minute. Sykes chipped a cross into the box and Sinclair headed into the back of the net.

The 73rd minute saw the introduction of Kevin van Veen and Thomas and both players lined up to take a free-kick not long after. Van Veen curled it around the wall, but it lacked any real pace as Eastwood got across his line to save it.

It was then 2-0 Oxford in the 80th minute. A cross was delivered into the area from the right side and Sinclair met the ball in the air again to head home.

The Iron got one goal back in stoppage time when van Veen met a cross at the far post and put the ball back into the danger zone for Thomas to convert from close range.

Red shirts then piled forward in search for a late equaliser. Firstly, Thomas had the ball taken away from him in the area, before van Veen saw an effort turned away by an Oxford defender, who managed to clear it away.

However, it was too late for the Iron, who were defeated 2-1 at the Kassam Stadium.

Iron fans can pay on the day at Oxford on Saturday, March 2nd (3pm kick-off).

There is an away ticket office adjacent to the away turnstiles at the North Stand for visiting supporters to pay at. Open from 1.30pm but CASH-ONLY. There is no price increase. 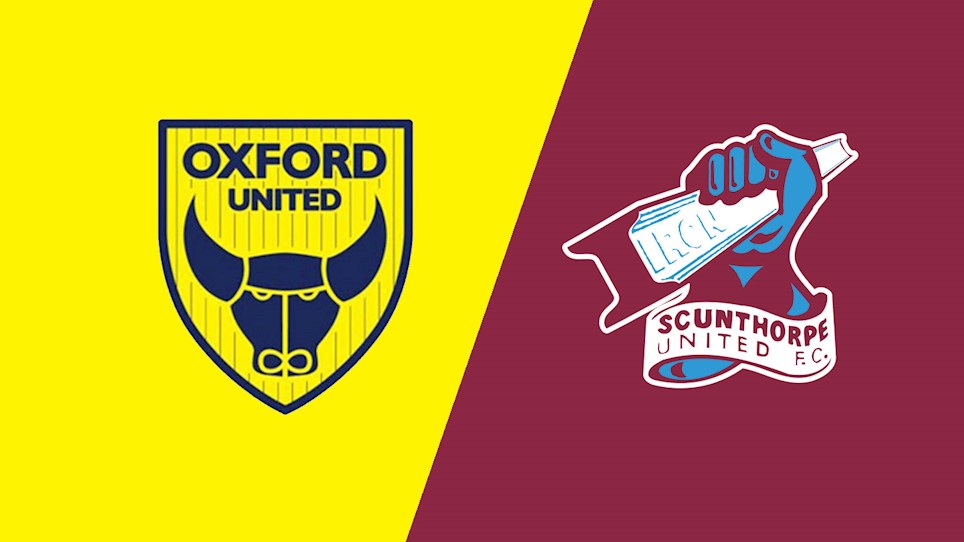 
Tickets have gone on sale for the Iron’s away trip to Oxford United on Saturday, March 2nd (3pm kick-off). 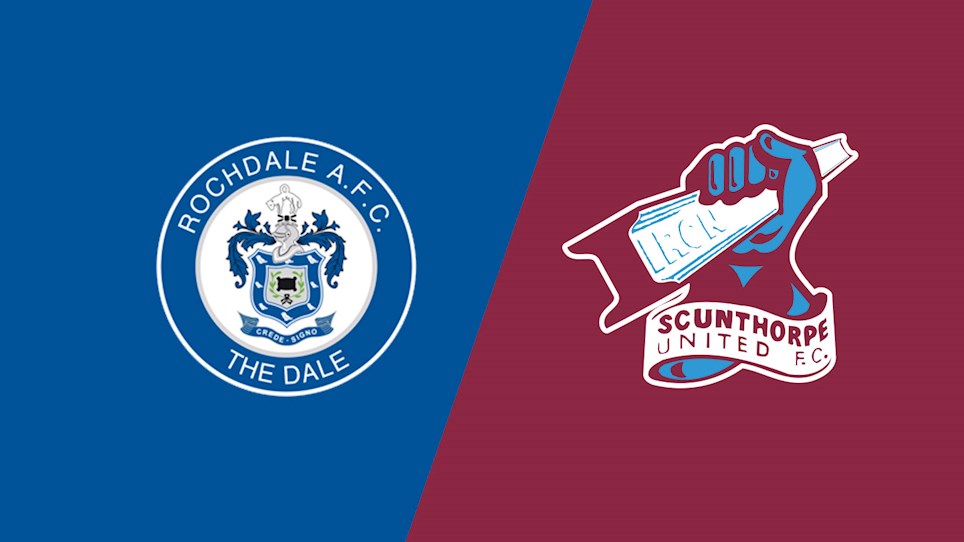 
Tickets have gone on sale for the Iron’s away clash at Rochdale on Saturday, March 23rd (3pm kick-off).