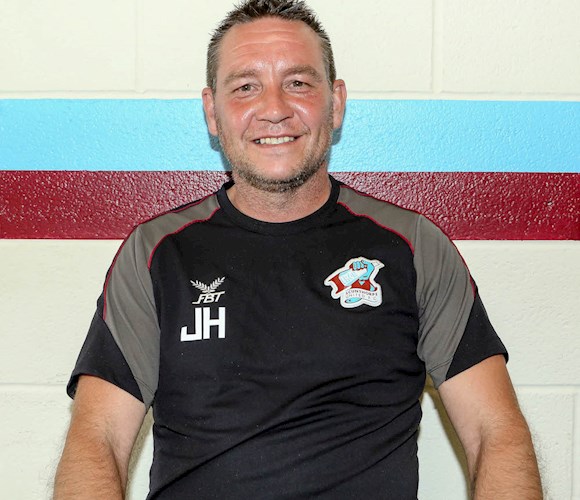 Jamie Hardwick joined the Iron's academy set-up in March 2018 on an interim role.

He assumes the role of Interim Head of Academy Coaching and Coach Development while Nev Burbeary remains on sick leave.

After graduating from Garibaldi College and Newark College with a BTEC Level 3 Sports Science, Sports and Exercise qualification, Hardwick was first Head Coach / Tutor at Ilkeston FC, while also coaching in the academy at Notts County.

In October 2015, he joined Nuneaton Town as the Youth Academy Coach before he became the Phase Development Lead Coach at Mansfield Town, also operating as a First Team Scout.

He remained with the Stags until taking on the role with the Iron.