As we prepare to face Walsall on Tuesday night, we look back at our full record and three stand-out meetings from recent history.

League One top scorer Josh Morris netted a hat-trick as leaders Scunthorpe United cruised to a 4-1 win at Walsall.

Scunthorpe could have led inside 20 seconds when Duane Holmes pounced on Kevin Toner's under-hit backpass, but he fired wide with only keeper Neil Etheridge to beat.

But they only had to wait until the 11th minute to break the deadlock when Liam Kinsella handled from a corner and Morris swept home the penalty.

It was 2-0 on 13 minutes when Etheridge saved well from Tom Hopper only for Morris to slam home the rebound.

Walsall pulled a goal back in the 45th minute when Erhun Oztumer finished a neat run by finding the bottom corner from 18 yards.

They could have been level seconds later, but Simeon Jackson was foiled from close range by Iron keeper Luke Daniels.

That save would prove key as, just two minutes into the second half, Scunthorpe midfielder Neal Bishop lashed home from 25 yards.

Etheridge made fine saves from Holmes, Sam Mantom and Hopper to keep Walsall in it, but Morris curled a beauty into the top corner to make it 4-1 on 83 minutes and substitute Kevin van Veen almost added a fifth with a lob that clipped the bar.

The Iron earned a comfortable victory at the start of 2015,

James Chambers smashed an attempted clearance into his own net and debutant Tom Hopper's clever shot gave the Iron a 2-0 half-time lead.

Michael Cain's low drive pulled one back for Walsall but Paddy Madden notched a third from the penalty spot following a foul on Neal Bishop.

Bishop's close-range shot then sealed an easy victory for the visitors.

Scunthorpe manager Brian Laws marked his first league game back in charge of the Iron with a resounding victory at Walsall.

Niall Canavan nodded in the first from a corner by Mark Duffy, who tapped into an empty net for the second.

But Canavan powered in another Duffy corner before Leon Clarke's late solo effort, while Will Grigg grabbed a last-minute consolation for the hosts. 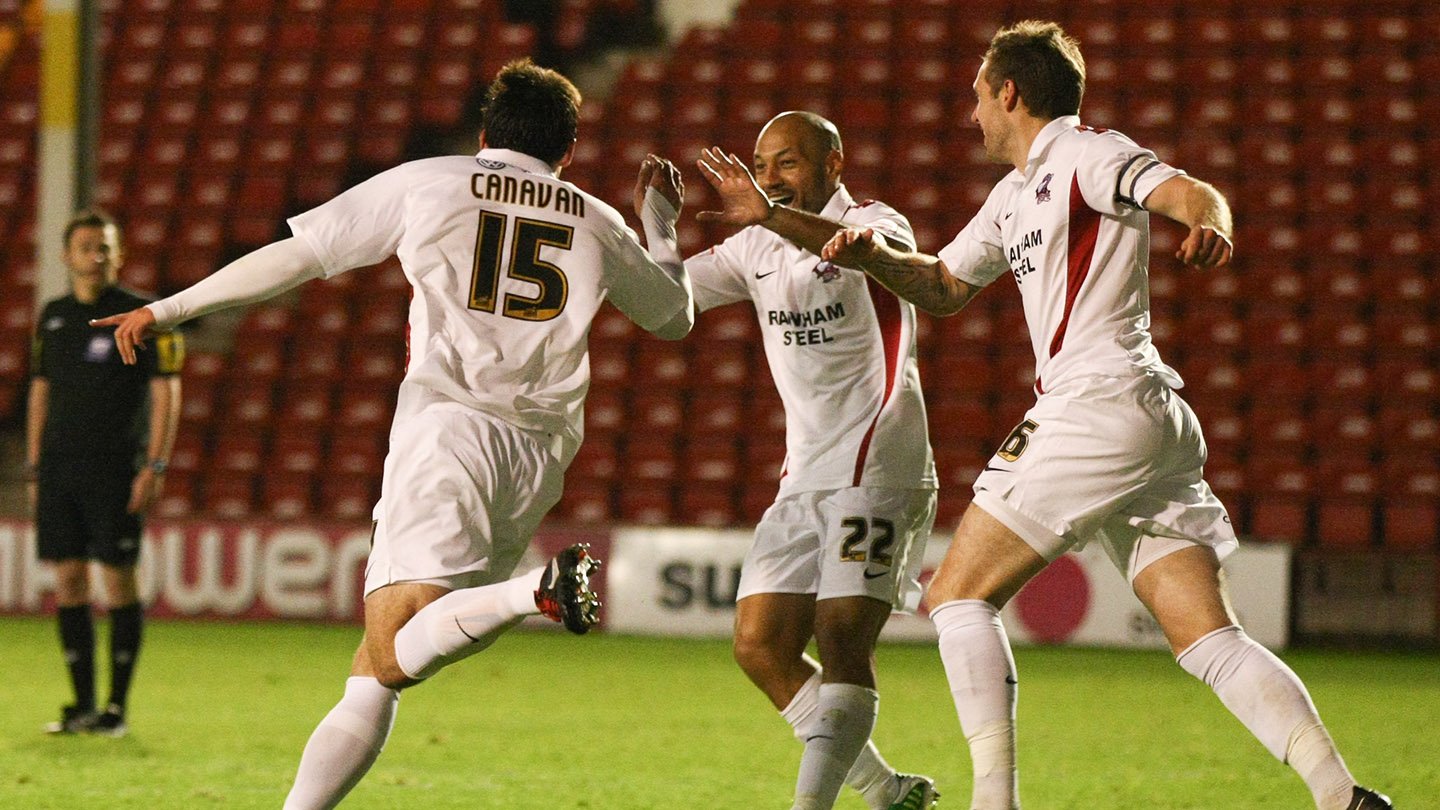