The Iron's Under-18s play their penultimate game of the Youth Alliance League this Saturday as they travel to their Huddersfield Town counterparts (11am kick-off).

Last time out, they were made to pay as they conceded five goals in 10 minutes against Grimsby Town, losing 7-2 with the Iron goals coming from Trialist B and Harry Lewis.

Prior to that, they had come from 1-0 down to register an emphatic home win over Burton Albion with Joey Dawson and Harrison Poulter both getting braces.

With two games left for United in the division this season, both of those come against the Terriers with the return fixture in just two weeks time.

Our opponents will have one eye on the Youth Alliance Cup as they progressed to the latest stage of the competition with a resounding 7-1 win over Walsall after they emerged from their Group Stage campaign unbeaten following a win over Fleetwood Town and a draw against Blackpool. They host Grimsby Town in the next round.

They've faired less favourably in the league, however, and currently sit ninth out of 10 with four wins and nine defeats in their 13 games to date. Their last league game was on February 20th when they lost 5-1 to league leaders Notts County.

United are still second in the table despite a recent slip up and can still mathematically win the league, but they'd be relying on both Notts County and Grimsby Town slipping up in their remaining games while they'd need maximum points from their two games against Huddersfield.

The Magpies strengthened their lead at the top as they inflicted Grimsby's second defeat of the season with a return leg to go, with the Mariners losing the game prior against Bradford City.

Scunthorpe are guaranteed a top three finish going into the merit league.

United had three trialists last time out and a number of youngsters in the side with a few Under-15s and Under-16s players making the step-up as the Iron move towards the next wave of scholars coming through the academy.

Harry Baker remains out with a knee injury, while Ben Franklin returned as a 75th minute substitute following his recent lay-off. Alex Wilkinson is still out having missed much of the season.

Patrick Virgo, who came off against Burton a couple of weeks ago, also missed the game against the Mariners. Ben Crosher was back among the squad and came on for the final 35 minutes in the last match. 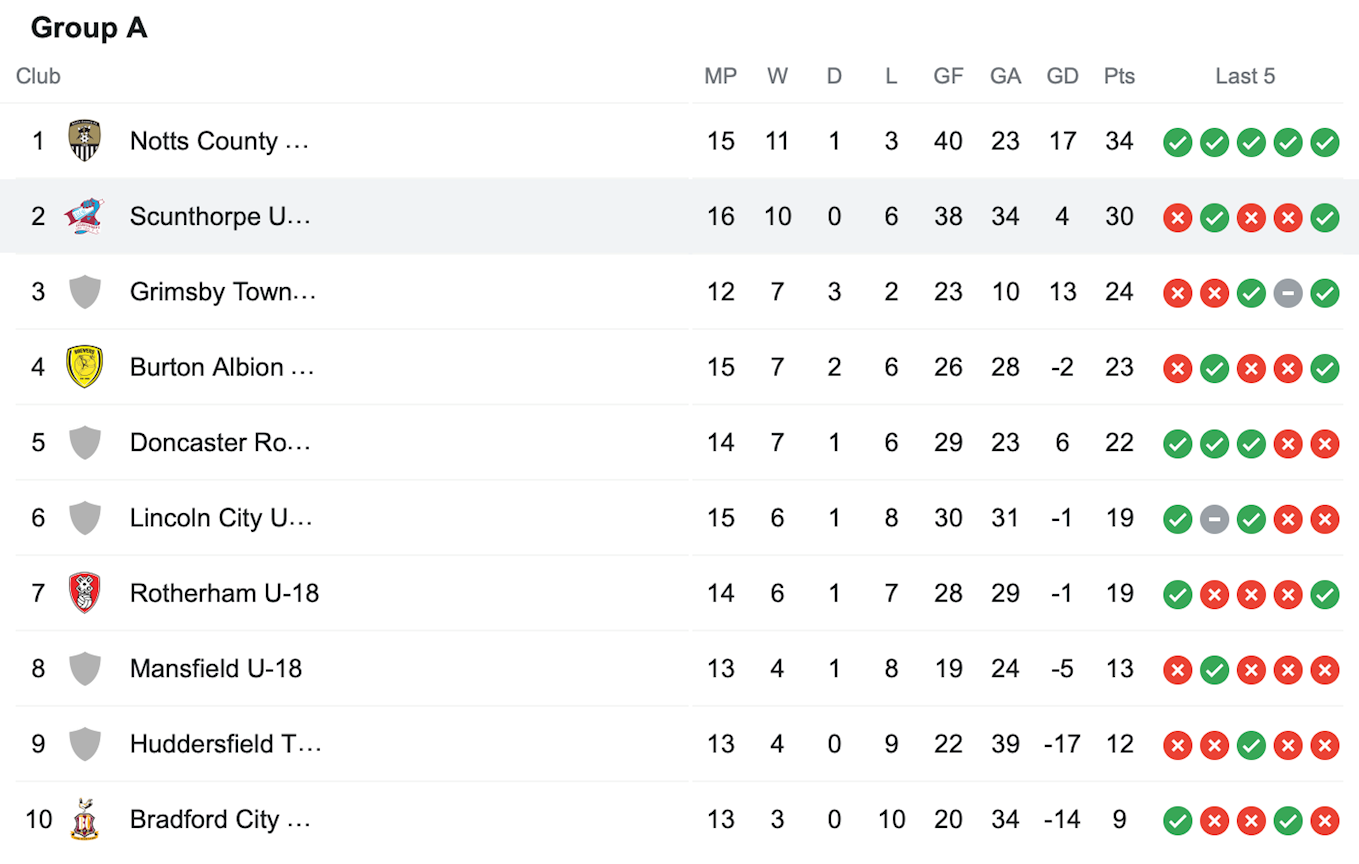