The Iron's Under-18s play their first game of 2021 on Saturday, as they travel to face their Doncaster Rovers counterparts (11am kick-off).

United come into the game off the back of three successive wins which saw the side end the calendar year top of the Youth Alliance.

That came following a superb comeback against Lincoln City last time out as a brace from Patrick Virgo had seen the Iron come back from 2-0 to level. Jack Moore-Billam then netted four minutes into second-half stoppage time to take all three points.

Prior to that, Scunthorpe won 4-1 away at Rotherham United 2-1 at home to Bradford City.

Rovers come into the game after Rotherham United recorded a shock 4-2 victory over them at Parkgate at the weekend.

A win for the Imps would've kept the side level on points with the Iron, with this match a battle for who ends the year on top of the league. United can still finish 2020 in pole position, while Lincoln will be looking to draw back level.

The more surprising nature of that defeat to the Millers comes after they beat Newcastle United Under-18s 4-1 last Tuesday.

The sides have already met this season in the reverse fixture, with that game opening the campaign. Joey Dawson scored the only goal of the game as the Iron took the points at Brumby Hall.

United are top of the league going into the New Year with 18 points from their eight fixtures this season with Rotherham United losing ground with the dropping of two points just before the Christmas break. Burton Albion are currently the Iron's closest rivals, while Grimsby Town have three games in hand and still remain unbeaten this season. Rovers come into the game in fourth, five points adrift of the summit.

Cameron Wilson sat out the Lincoln City game through suspension following his red card against Bradford City, while Joey Dawson also missed out the game through illness.

United were also down to the bare bones with the game taking place on a Tuesday afternoon, with a number of regulars absent due to school commitments. With this match returning to a weekend spot, a number of those players are likely to travel this weekend.

Ben Crosher, Ben Franklin and Alex Wilkinson spent the latter part of 2020 on the sidelines and are all still working towards being fit for matches in the second half of the season. 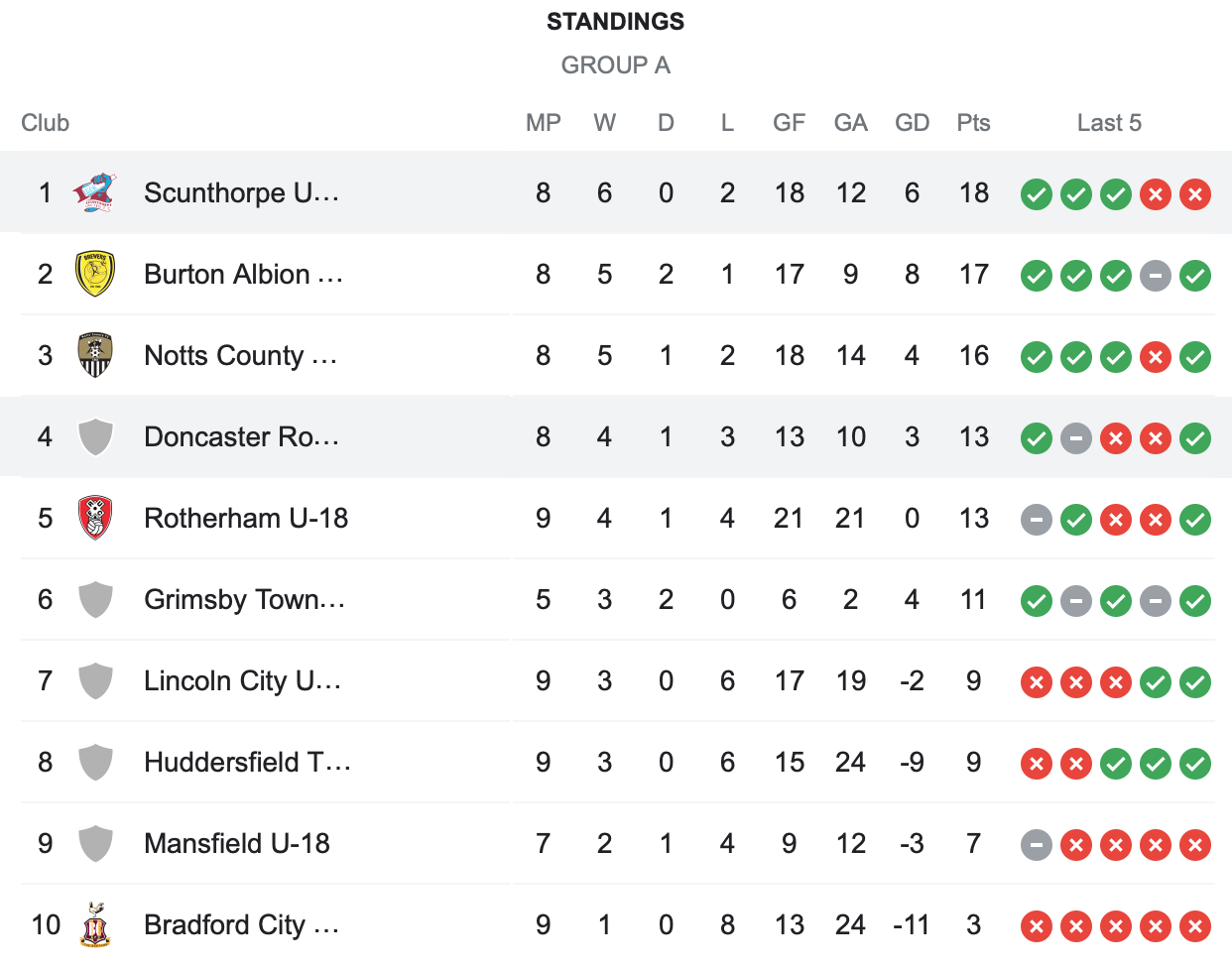